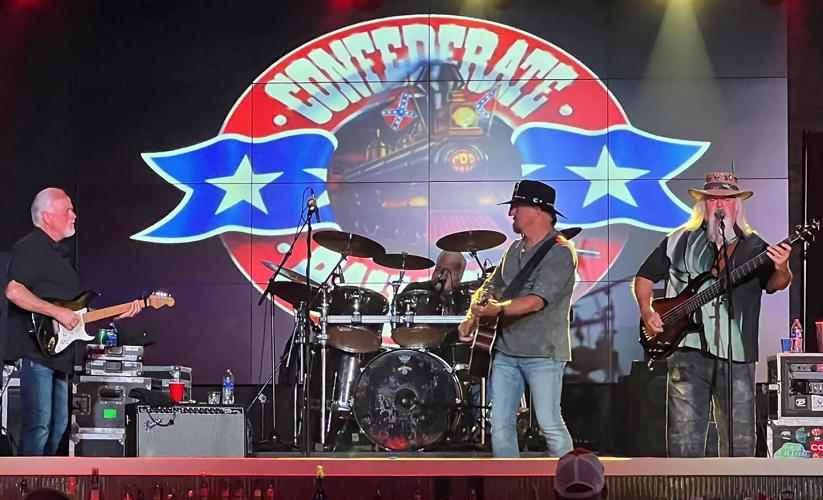 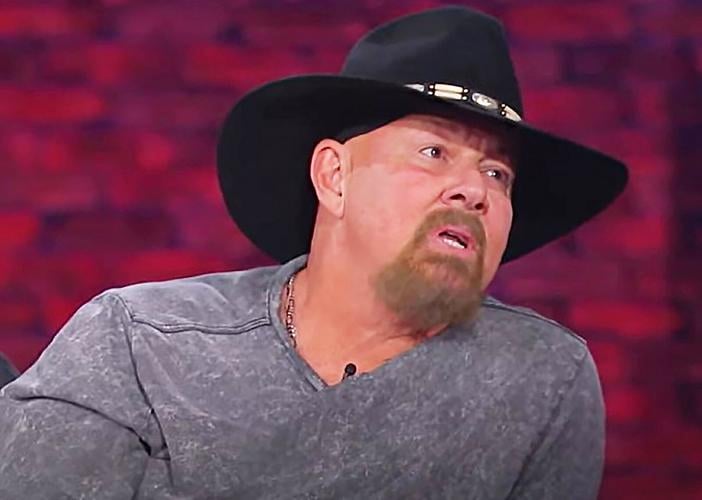 Danny Shirley, founding member and frontman of Confederate Railroad, says his fans expect him to stand up for them in the face of controversy over the band’s name and logo.

Danny Shirley, founding member and frontman of Confederate Railroad, says his fans expect him to stand up for them in the face of controversy over the band’s name and logo.

HIGH POINT -- Nearly 30 years ago, when Confederate Railroad exploded onto the country music scene and won the Academy of Country Music’s award for Best New Group, there was almost no controversy about the band’s unusual name or its logo, which includes a pair of rebel flags.

And with a debut album that produced six hits and reached nearly 3 million in sales, there was certainly no controversy about the band’s music.

Some three decades later, as founding member and frontman Danny Shirley looks back on a successful career, there’s still no controversy about the country rockers’ music.

The band’s name and logo, however, are a different story. In an age when rebel flags are scorned by a healthy percentage of the population, it’s no surprise that Shirley and his bandmates have found themselves in the crosshairs of controversy at times.

“I understand it, and if that’s the way people want to view this, that’s fine,” Shirley said in a telephone interview. “A lot of these ‘woke’ people, their hearts are in the right place, and I really don’t get upset with them — I just think they’re going about it the wrong way.”

Despite the lingering controversy, Confederate Railroad continues to perform nearly a hundred shows a year. The tour will bring the band to the High Point Theatre next weekend.

“I told my agent last fall, ‘Let’s cut it down to about 70 shows a year,’ and we’re still doing more than 90 this year,” the 66-year-old Shirley said with a chuckle. “I can’t complain about it, though. I feel very blessed about the whole deal, and I thank God every night when I say my prayers.”

The fact that Confederate Railroad is still doing close to 100 shows a year says something about the band’s legacy. According to Shirley, it’s not just the band’s older fans who are buying tickets.

“I love it when I do these shows, and I see people out there who were not even alive when I recorded these songs, but they’re just singing along,” he said. “For any artist, that’s a great feeling.”

Confederate Railroad was founded in 1987. After a few years playing the bar scene in Georgia, the band landed gigs as the backup band for country artists Johnny Paycheck and David Allan Coe, an experience Shirley describes as “a great education.”

“There’s an old saying about learning from your mistakes,” he said. “But when we played with those guys, I was able to learn from their mistakes — I learned what to do and what not to do. I think it really helped me. And it’s a great way to come into the business, standing shoulder to shoulder with legends like that.”

In 1992, the band signed with Atlantic Records and released its self-titled debut album, a multi platinum album that produced six hits, including “She Took It Like A Man,” “Jesus and Mama,” “Queen of Memphis” and “Trashy Women.” The highest-charting hit was “Queen of Memphis,” which reached No. 2 on the country charts.

The band followed that up with the platinum album “Notorious,” which featured the hits “Daddy Never Was the Cadillac Kind” and “Elvis and Andy.”

The hits were fewer and farther between after the first two albums, but the band never lost its appeal among country music fans. Shirley says the band has always enjoyed a blue-collar fan base.

That hasn’t changed through the years, nor have Shirley’s feelings about the band’s name and logo.

The biggest controversy happened in 2019, when Confederate Railroad was scheduled to play at the Illinois State Fair. The band had played there before without incident, but this time Gov. J.B. Pritzker “pulled the plug” on the performance because of the band’s logo, which features a steam locomotive flying a pair of Confederate flags.

“Then he went to the press to talk about what a great job he’d done saving Illinois from the evils of Confederate Railroad,” Shirley said.

“Whatever, he’s a politician. But I took the high road, and I never had to say the first ill-mannered thing against him — the people that supported me just bashed the guy, and my business and price went up probably 20% that year. And every show I’ve done since then, people have come up to me after the show and said, ‘Thank you for not backing down.’ ”

Shirley still refuses to back down. Even when management suggested the band might want to soften its stance and even change its name, he refused to be, well, railroaded into political correctness.

“I get the feeling my fans expect me to stand up for them,” he said. “I’m from the South and I love the South, and I’ll never apologize for that. The name of this band will always be Confederate Railroad, and the amount of support I’ve gotten for that has been amazing.”

Confederate Railroad will perform at 7 p.m. Friday at the High Point Theatre, 220 E. Commerce Ave. Tickets are $35 to $50 and are available by calling the theater box office at 336-887-3001. Tickets can also be purchased online at www.highpointtheatre.com.

For further information about Confederate Railroad, visit the band’s website at ConfederateRailroad.net.