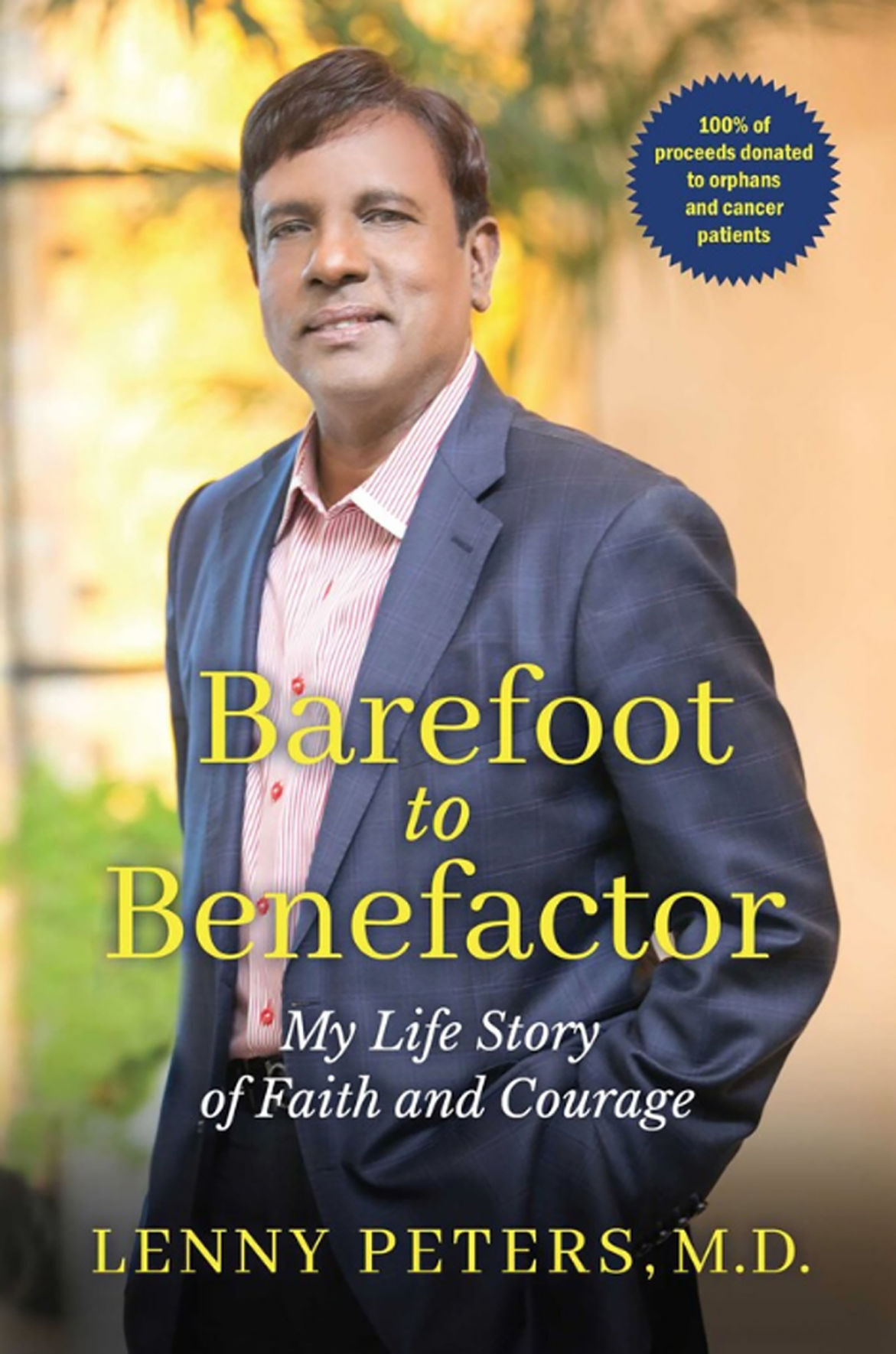 High Point physician, businessman and philanthropist Lenny Peters has written his memoir, which will be published next month. 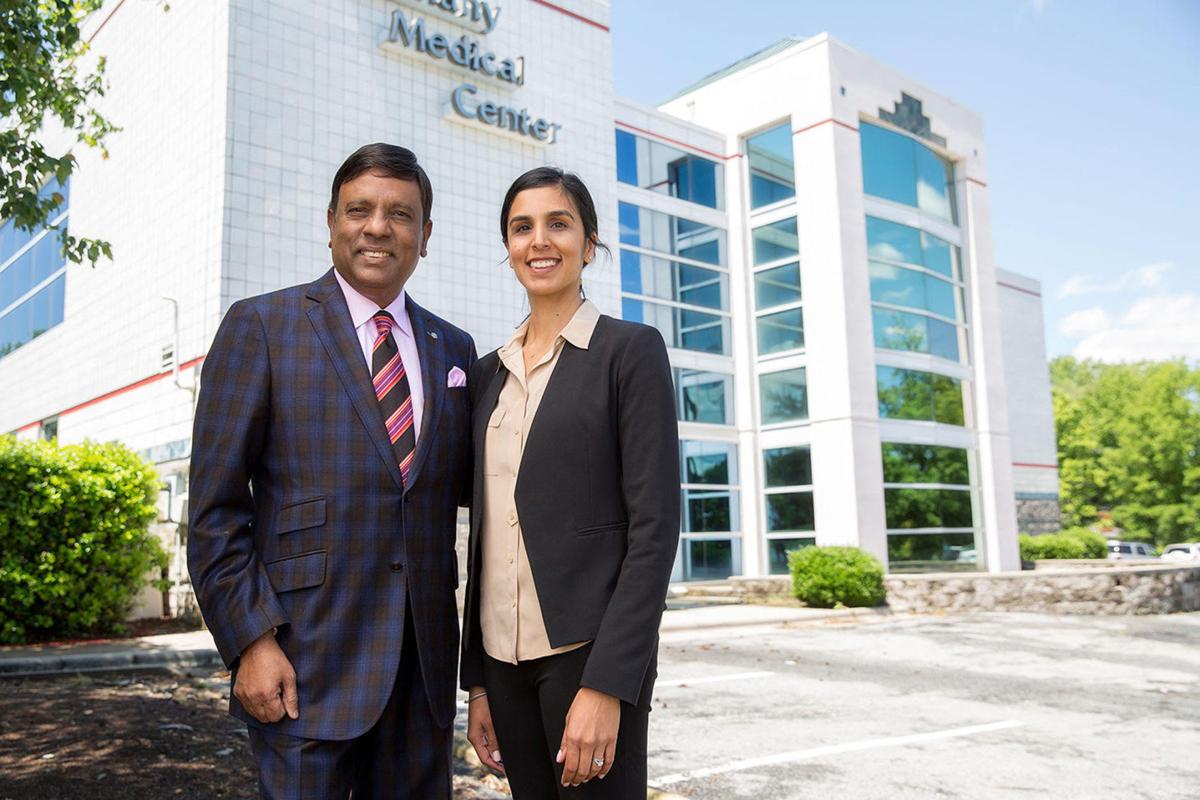 Lenny Peters poses outside of Bethany Medical Center with his daughter, Elise Peters Carey, who is now president of the medical center.

High Point physician, businessman and philanthropist Lenny Peters has written his memoir, which will be published next month.

Lenny Peters poses outside of Bethany Medical Center with his daughter, Elise Peters Carey, who is now president of the medical center.

HIGH POINT — Lenny Peters has worn, and still wears, a lot of hats in his life, from physician and medical researcher to bank founder, real-estate developer and philanthropist.

Now, the 69-year-old High Point businessman has put on yet another hat — author.

Next month, Post Hill Press will publish Peters’ memoir, “Barefoot To Benefactor: My Life Story of Faith and Courage,” in which he chronicles the inspiring, odds-defying story of his journey from growing up poor in India to living a life of success, wealth and generosity here in High Point.

“My message is that with faith and courage, you can go anywhere,” Peters said during a telephone interview. “It doesn’t matter which continent you’re on.”

Peters, the founder of Bethany Medical Center and Peters Development, came from humble beginnings. He was born in 1951 to a Christian family living in Kerala, India, where he learned valuable life lessons from his mother and grandfather, in particular.

“We lived in a small village upon a small hill, across from a paddy field, and I had to walk through that field every day barefoot,” Peters said, explaining the “barefoot” reference in his book’s title.

According to Peters, he was only 4 or 5 when he began telling his family he wanted to pursue medicine.

“I would wear a doctor’s white jacket — it was anything white, really — and I told them I was going to be a doctor,” he recalled. “I believed I was born to be a healer, so I pursued that.”

Peters enrolled in India’s accelerated educational program, which allowed him to take pre-med courses at age 14 and begin medical school at 17. After completing med school and his residency, Peters left India to forge his own path, practicing in London and Africa before fortuitous circumstances led him to the University of Pittsburgh and then to a medical research program at Wake Forest University.

So in 1987, now married and with a young family, Peters sent out a letter to about a hundred private medical practices in North Carolina, explaining who he was and asking if they might be interested in selling their practice to him. Out of the six responses he received, one came from Dr. Hampton Chiles, a well-respected internist in High Point who was on the brink of retirement.

The two men met and struck a deal, with Chiles working two years under Peters before retiring, and that marked the beginning of Peters’ long love affair with High Point. From that one multispecialty practice, he systematically built Bethany Medical Center, which is now the largest independent medical group in North Carolina.

In his book and during the interview, Peters attributed much of his success in the medical field to his faith in God, which he said he tries to demonstrate in the way he does things. Bethany, for example, is a name Peters chose for its biblical origins. Also, as a practicing physician, Peters wore a patch on his lab coat that read, “I treat, God heals.”

As his success and confidence grew, Peters branched out beyond medicine, helping to found the Bank of North Carolina and establishing a real-estate development company that has invested heavily in downtown High Point. He also created the Lenny Peters Foundation, which assists needy individuals and charitable organizations in the Triad, as well as other worthy causes across the country and around the world, including orphanages in his native India.

“I didn’t want to be a nonparticipating benefactor,” Peters said. “The charitable programs we help are very important to me — I try to be a helping hand here and around the world.”

To that end, Peters said 100% of the proceeds from the sale of his book will be used to assist orphans and cancer patients.

“Barefoot To Benefactor: My Life Story of Faith and Courage” (Post Hill Press) will be released on Sept. 14. It can be purchased in advance online through:

All proceeds from the sale of the book will benefit cancer patients and orphaned children.