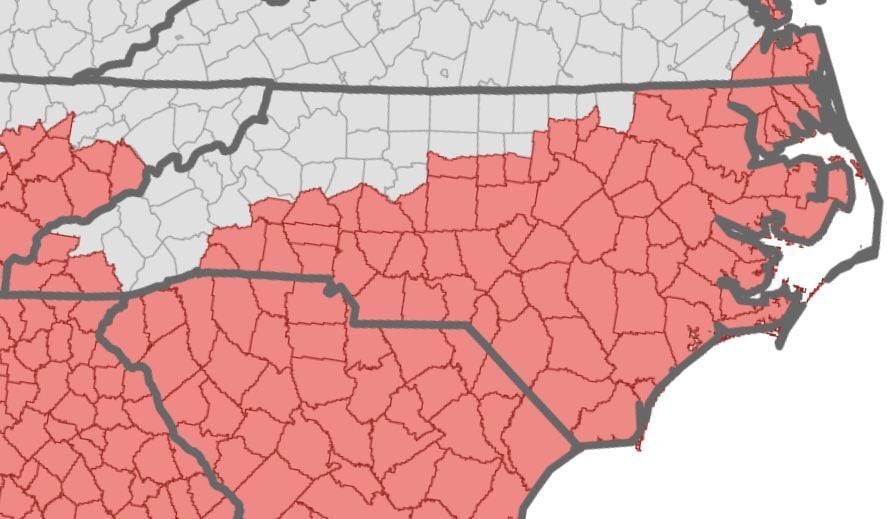 Most of North Carolina already is in the fire ant quarantine zone, which is in red. The High Point area straddles the line, the Guilford County portion is in the zone, as is all of Randolph County, but Forsyth and northern Davidson counties are not. 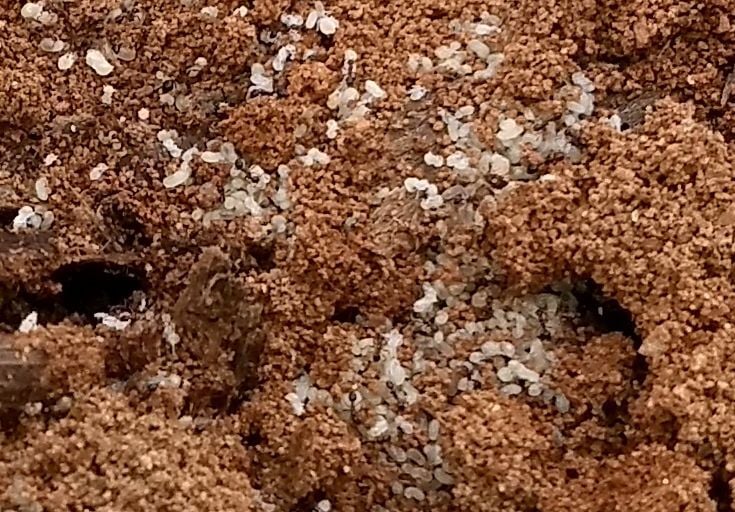 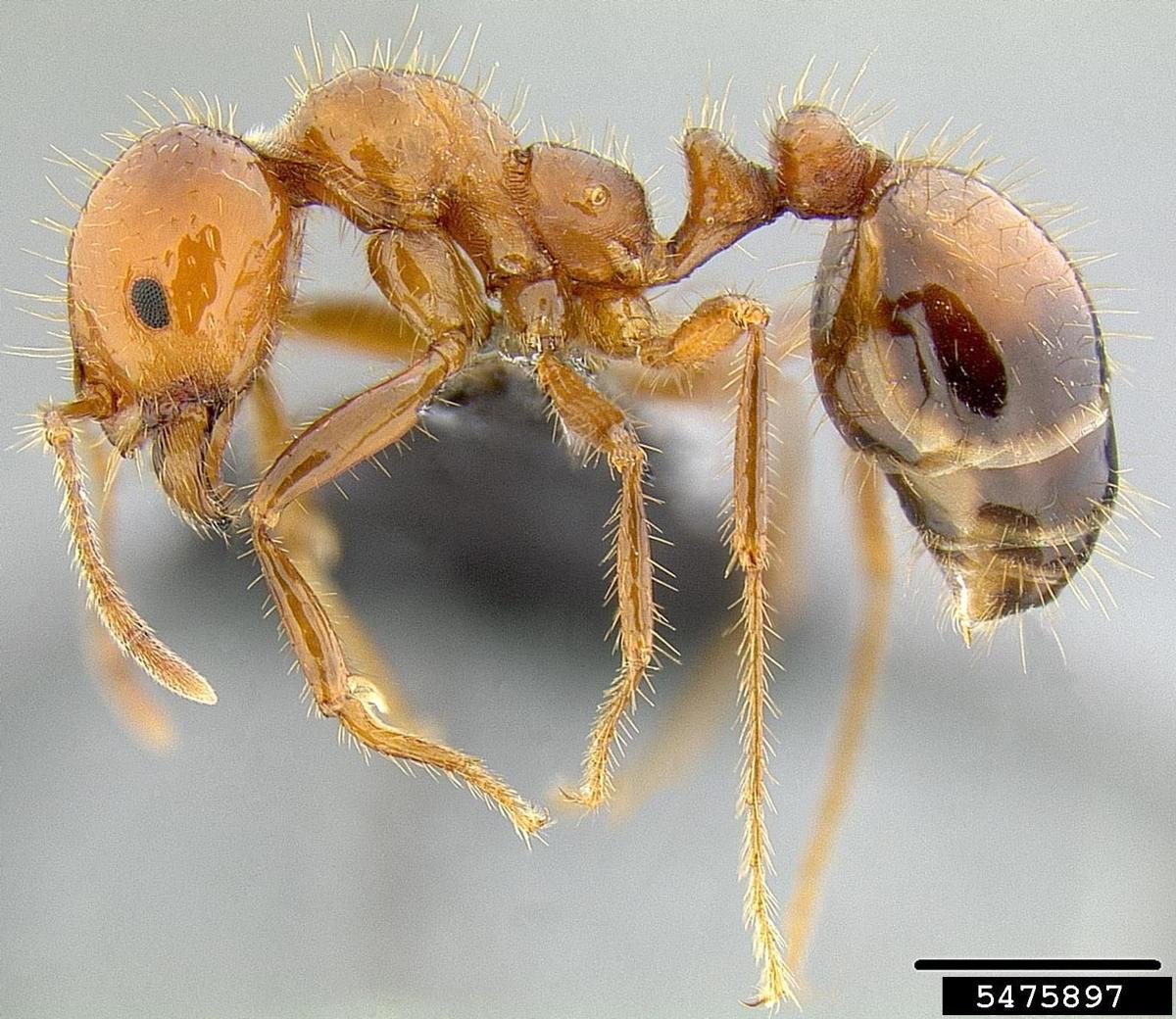 The major worker is just one of the five types of red imported fire ant.

Most of North Carolina already is in the fire ant quarantine zone, which is in red. The High Point area straddles the line, the Guilford County portion is in the zone, as is all of Randolph County, but Forsyth and northern Davidson counties are not.

The major worker is just one of the five types of red imported fire ant.

Fire ants, or more specifically red imported fire ants (Solenopsis invicta), are native to South America. These ants were first found in North Carolina in 1957. Their foothold started in Brunswick County (near Wilmington). They have since spread to 75 of the 100 counties in North Carolina.

Fire ant mounds vary in size but are usually in direct proportion to the size of the colony. For example, a mound that is 2 feet in diameter and 18 inches high may contain about 100,000 workers, several hundred winged adults, and one queen (or sometimes multiple queens).

If you break open an active fire ant mound, you typically find the “brood” — whitish, rice grain-like larvae and pupae. These immature ants will eventually develop into workers or winged adults. Mounds are typically constructed in open, sunny areas. Those mounds constructed in clay soils are usually symmetrical and dome-shaped, while mounds built in sandy soils are often irregularly shaped.

The red imported fire ant can be difficult to distinguish from native ant species. However, these are the only ants that will cause a small blister to form on your skin when they bite you. And foraging fire ants do not enter the colony through the mound, they enter via tunnels that extend beyond the mound.

How do fire ant colonies spread?Imported fire ants spread naturally during their mating flights. This spread is usually 1 mile or less, but flights of up to 12 miles have been recorded. The flights occur most commonly in the spring or early summer, one or two days after a rain when the weather is warm and sunny and the wind is light.

The North Carolina Department of Agriculture & Consumer Services regulates the shipment of nursery and sod farm items, as well as baled hay and straw, to areas outside of the quarantine zone.

Why do fire ants appear to sting all at the same time?Fire ants are sensitive to vibration or movement and tend to sting when the object they are on moves. For example, when fire ants swarm up a person’s leg, the person jerks or moves. Usually, whatever causes one ant to bite and sting triggers the other ants to sting to the same response. Although fire ants emit communication chemicals called pheromones to elicit specific behaviors (alarm reaction, trail formation, queen recognition pheromones that have been documented), there is no known pheromone stimulating ants to bite and sting.

What should I do if I get stung by fire ants?There isn’t much you can do, except watch the affected area for excessive swelling, itching, or redness, or other symptoms of a severe allergic reaction such as shortness of breath, thickening of the tongue, sweating, etc. If this occurs, seek medical attention. Otherwise, treat stings as you would stings of other insects and keep them clean and intact to avoid secondary infections.

How are fire ants controlled in the landscape?There are two basic approaches to chemical control of fire ants: a mound treatment and a bait treatment. The goal of either treatment is to control the queen.

Bait treatments are effective when foraging workers bring the poison bait back to the colony. However, the treatment is slower because the poison has to work its way through the colony before it will be consumed by the queen. The queen does not consume sustenance directly; it has to be passed among the colony before she consumes food.

There are some good strategies for managing fire ants that include using both mound treatment and baits. This is referred to as the two-step method.