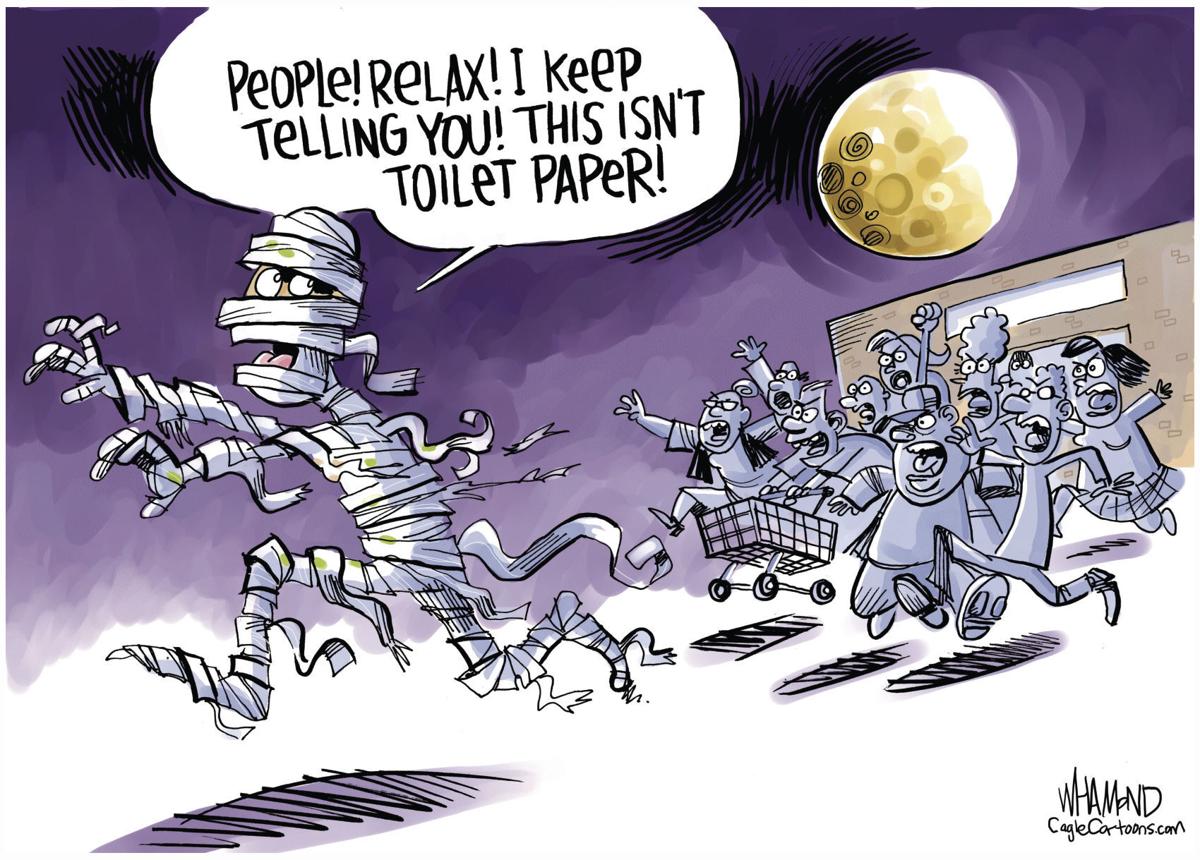 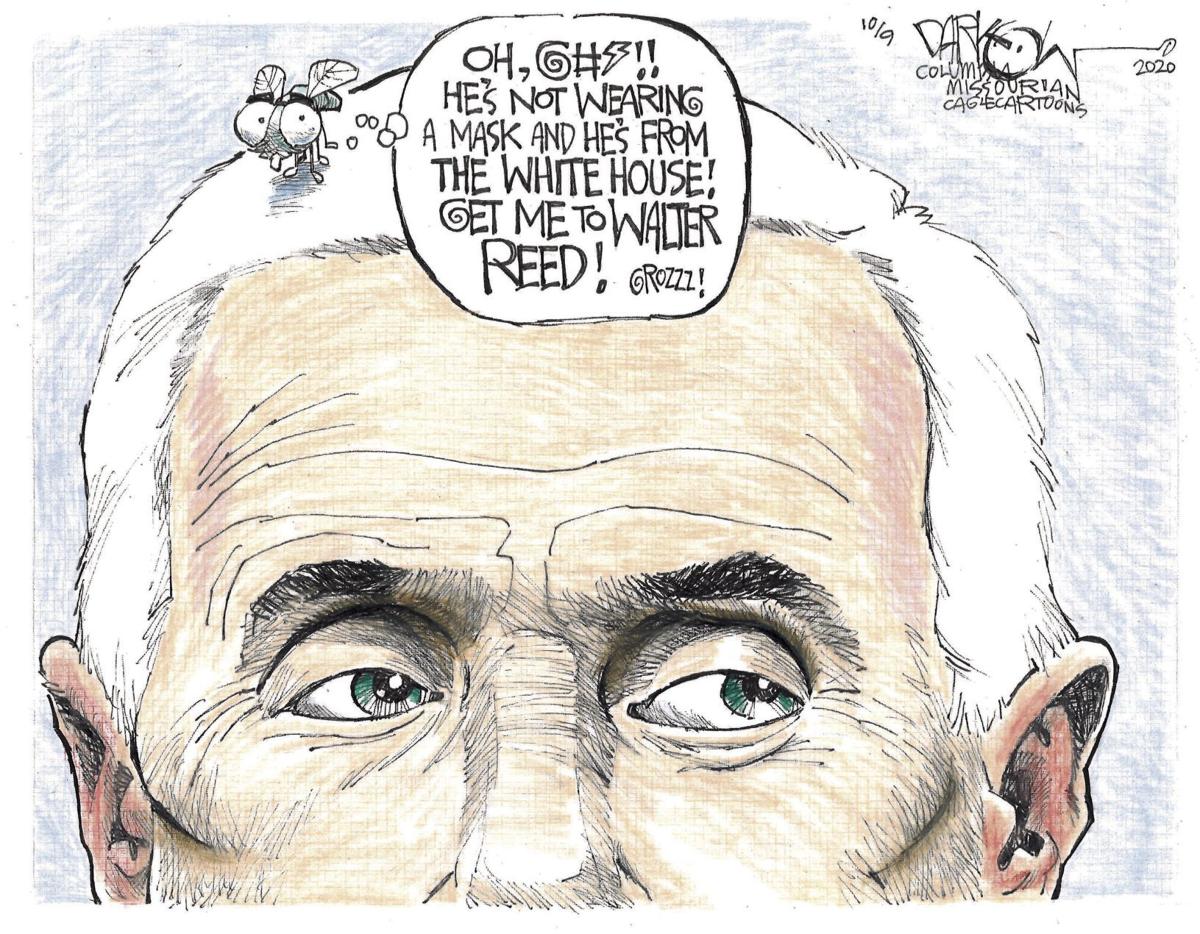 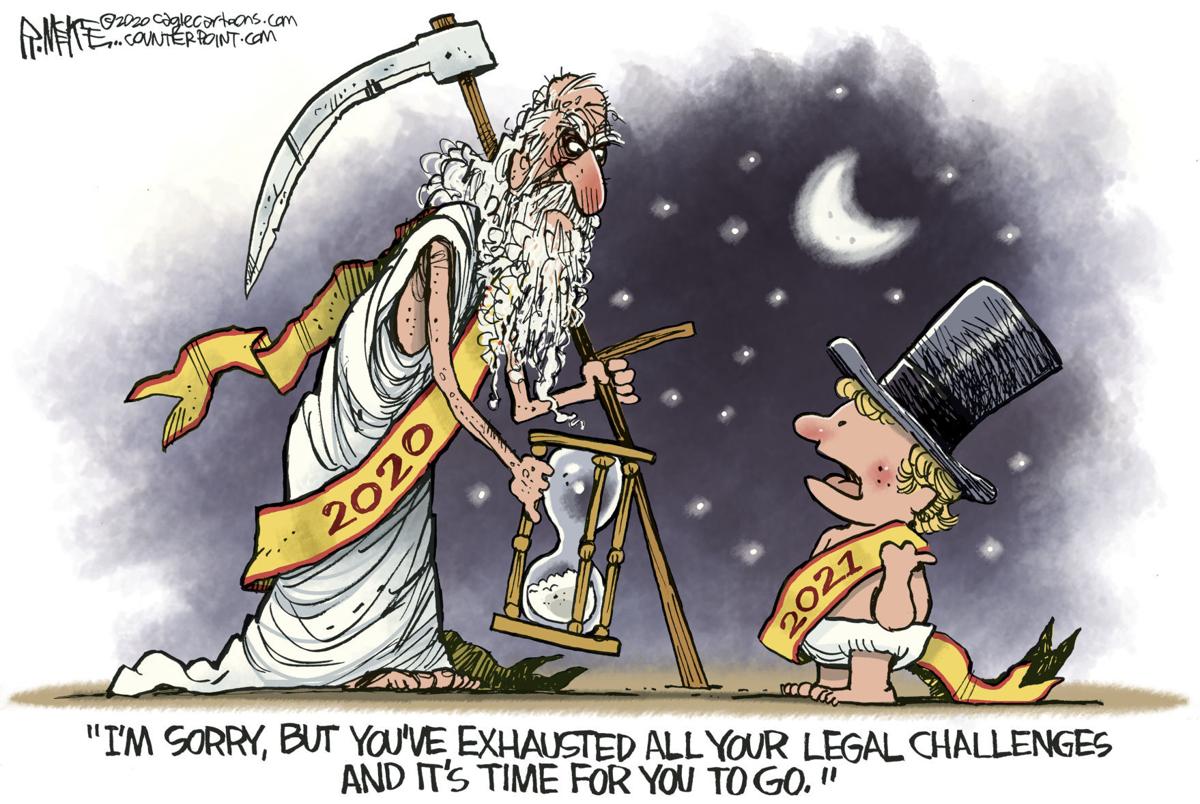 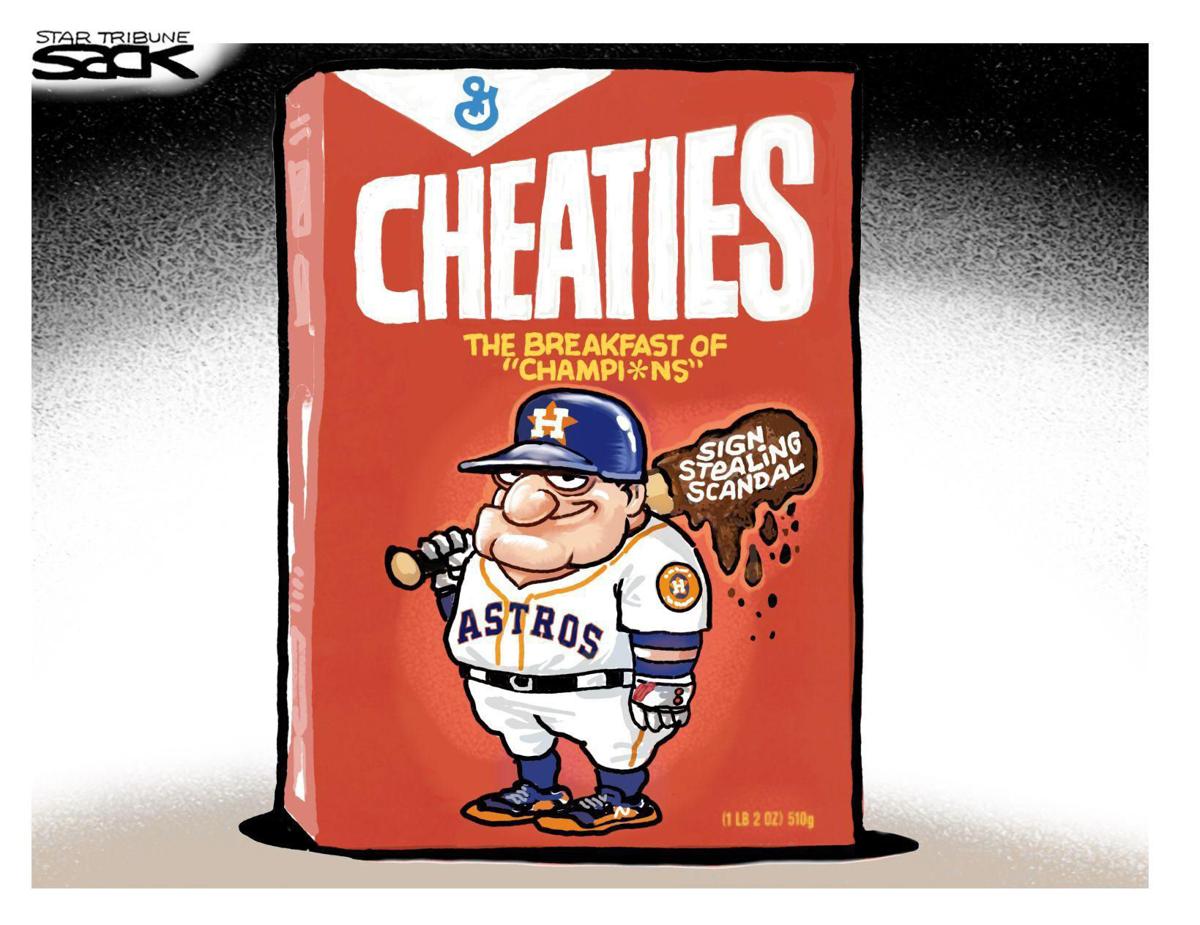 But late-breaking news reports suggest the vote may have been rigged. More than 1,200 uncounted ballots — all of them votes for 1918 as the worst year ever — were discovered overnight in a Georgia trash bin. Meanwhile, in Florida, a man named Sigmund Fraud claims to have inside knowledge that nearly 2,500 votes for 2020 were cast by dead people and therefore should not count.

Nonetheless, while voting officials try to sort out the discrepancies, I think we all can agree, at the very least, that 2020 — with a global pandemic, racial unrest, political bickering, a baseball cheating scandal, numerous celebrity deaths and a devastating toilet paper shortage — was “Not A Very Good Year.” In fact, the past 12 months have been the seven longest years of my life.

But before we confidently move ahead into 2021, come with me as we take one final stroll together down Memory Lane, looking back at some of the highlights — er, um, lowlights — of 2020. Six feet apart, everyone, and put on your face masks.

Oh, and maybe a crash helmet. It was a pretty bumpy year.

The controversial articles of impeachment against President Donald Trump are finally sent to the U.S. Senate. Unfortunately, they are sent via the U.S. Postal Service and inexplicably show up at a massage parlor in Carlsbad, New Mexico.

The sports world is rocked by Major League Baseball’s announced punishment against the Houston Astros, who were busted in a sign-stealing scandal in which players banged on a garbage can to tell batters what pitch was about to be thrown. The punishment? Read every word of the articles of impeachment.

In a related story, upon closer examination, the garbage can is found to contain another 800 votes for 1918.

After the game, which is won by the Kansas City Chiefs, President Trump slips up and congratulates the Chiefs for making the state of Kansas proud. Chiefs quarterback Patrick Mahomes quips, “Toto, I don’t think we’re in Kansas anymore.”

Actor Joaquin Phoenix wins the Academy Award for Best Actor, and in a rambling acceptance speech, he references “artificial cow insemination.” No, really, he does.

Following President Trump’s annual State of the Union address, 123-year-old Speaker of the House Nancy Pelosi rips up her copy of the president’s speech, reportedly disappointed that he made no mention of artificial cow insemination.

The previously unheard of coronavirus, which causes the rapidly spreading disease known as COVID-19, reaches the United States. Highly trained government scientists examine the potentially deadly virus under high-powered microscopes and discover, much to their academic amazement, the words “Made In China.”

Democratic presidential contender Joe Biden gains political momentum, scoffing at suggestions that he’s too senile for the office. “That’s nonsense,” he says. “Our party needs a strong, experienced candidate, and frankly, I’m the only one who can defeat Millard Fillmore.”

For unknown reasons, the widening coronavirus pandemic causes a nationwide shortage of toilet paper. A panicked public reacts to the shortage by stocking up on potential toilet-paper substitutes such as facial tissues, napkins, CVS receipts and, in the case of one particularly desperate family in Washington, D.C., copies of the articles of impeachment.

President Trump suggests during a news conference that perhaps an injection of disinfectant would kill the virus in COVID-19 patients, prompting medical experts to quickly reject Trump’s theory as irresponsible and dangerous. Too late … the Internet overflows with fake advertisements for new Clorox Chewables and Lysol Cough Syrup.

The coronavirus pandemic introduces several new phrases into Americans’ everyday vocabulary, such as “herd immunity,” “out of an abundance of caution,” “flatten the curve” and “artificial cow insemination.”

As if the pandemic isn’t scary enough, reports surface of all sorts of frightening pests infiltrating the country, including Asian murder hornets, zombie cicadas, squirrels testing positive for the bubonic plague, and rabid politicians.

NASA sends two astronauts to the International Space Station. The mission is scrubbed, however, when the astronauts get halfway there and have to turn around and come back, because they left their face masks in the car.

The makers of Aunt Jemima agree to rebrand their popular line of breakfast products, which they say was historically based on a racial stereotype. They vehemently deny, however, that their pancake batter ever benefited from the Houston Astros scandal.

Well-known rapper and record producer Kanye West declares his intentions to run for president, unveiling his clever campaign slogan, “Well, Why Not?”

Washington Redskins officials, finally bowing to public pressure to do away with the team’s offensive identity, announce their plans to become the Iowa Redskins. Ha-ha! Just kidding! Sadly, their plan is even worse, choosing to become, ahem, the Washington Football Team.

As the 2020 baseball season swings into action, a crew is spotted installing 750 new garbage cans at Minute Maid Park, where the Astros play. An Astros executive downplays the incident this way: “We’re not planning to cheat anymore. We’re just hoarding toilet paper.”

The controversy escalates, however, and the Astros — eager to escape the negative attention stemming from their notorious cheating scandal — announce that they, too, will change their name to the Washington Football Team.

The widely anticipated political debate between presidential contenders Donald “The Clorox Killer” Trump and Joe “The Mucinex Mauler” Biden takes place in a cage match at Madison Square Garden. Trump gains the upper hand when he throws Biden to the mat and gets him in a figure four, until Biden’s running mate, Kamala Harris, sneaks into the ring and smashes Trump over the head with a metal folding chair. Trump releases Biden and wanders around the ring in a daze, but his Teflon hair does manage to damage the chair. Moderator Chris Wallace, of course, misses the whole thing because he had his back turned.

The nation is rocked by the news that Trump has tested positive for COVID-19 and has been admitted to Walter Reed National Medical Center. The president is treated with eight different medications, respiratory therapy and the most effective treatment, a motorcade ride around the hospital waving to well-wishers, who feebly wave back as they scramble to put their face masks back on.

The greatly anticipated debate between Vice President Mike Pence and Democratic contender Kamala Harris is overshadowed by a fly that sits on Pence’s head for two hours during the debate. Or maybe it was two minutes. I don’t know — I didn’t watch two seconds. At any rate, a close-up of Pence’s head shows the fly holding a sign that reads, “Black Flies Matter.”

Finally, after 800 billion hours of political advertisements on television — not to mention 800 billion arguments between political experts on Facebook — Election Day arrives, and a nation fiercely divided by politics holds out hope that unity will once again be restored in this great nation of ours. Joe Biden is declared the winner, and a gracious President Trump sends Biden a congratulatory tray of Clorox Chewables.

As already mentioned, Time magazine dubs 2020 “The Worst Year Ever.”

Yes, it was a pretty rotten year, but if we all look ahead to 2021 with hope and optimism and positive vibes and good karma and all that stuff, perhaps we can forget 2020 ever happened.