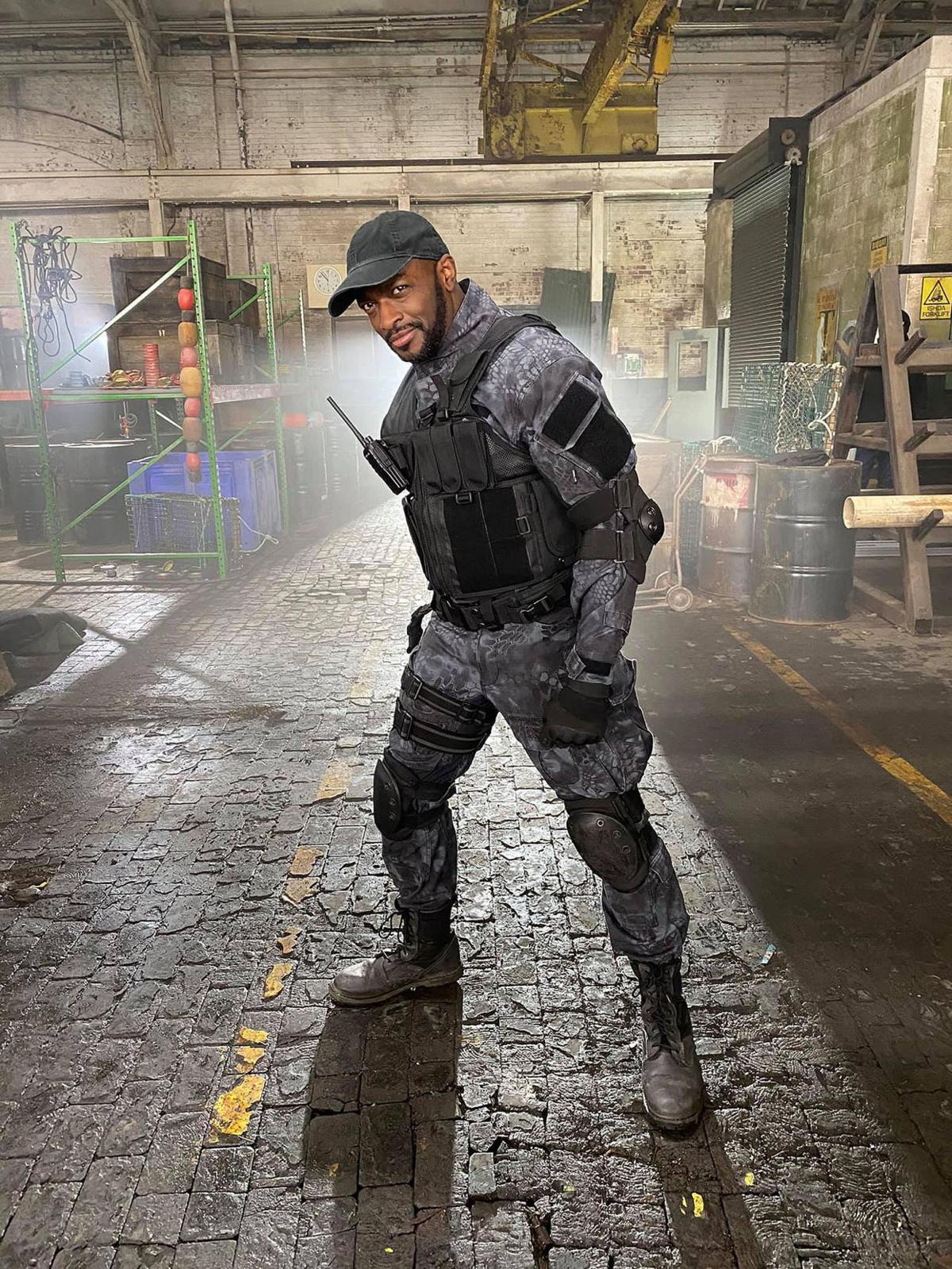 Chris Lindsay, a 2000 graduate of Ledford High School, poses on the set of “MacGyver” during filming of an episode that aired last weekend on CBS. 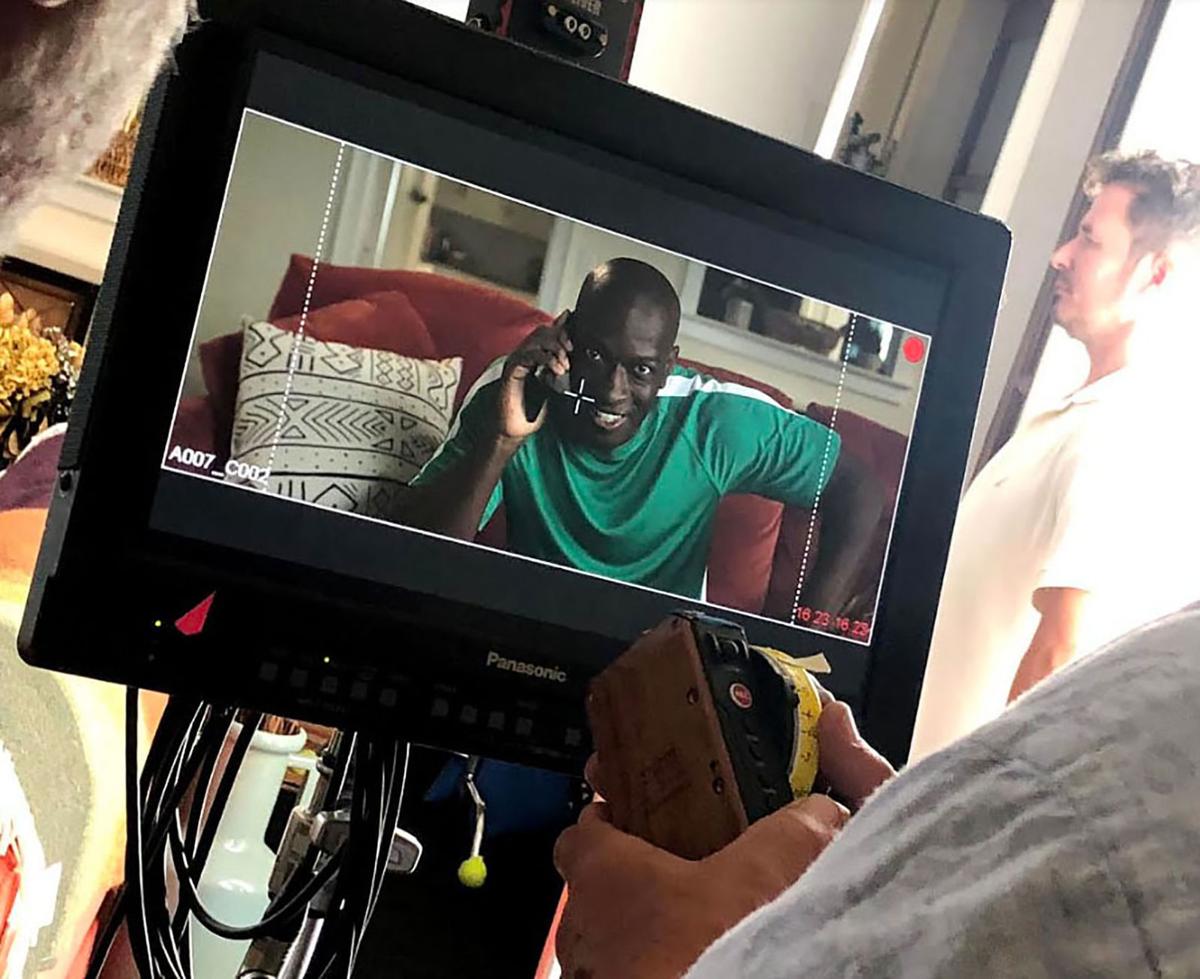 Chris Lindsay, seen here from the camera’s point of view, films a commercial for an international phone company. 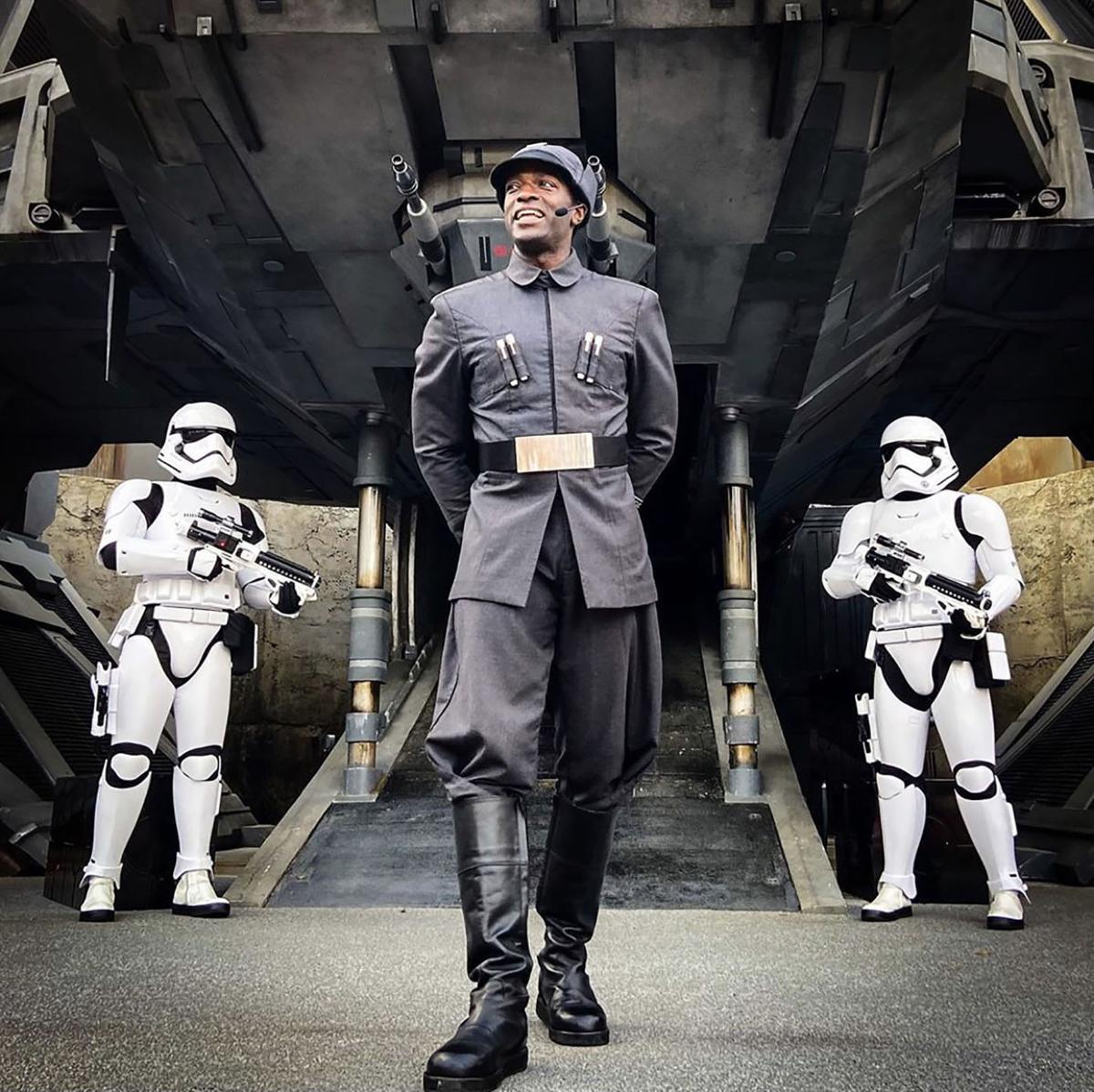 Chris Lindsay, who grew up as a huge “Star Wars” fan, portrays a character at Galaxy’s Edge, a “Star Wars”-themed area at Walt Disney World’s Hollywood Studios in Orlando, Florida.

Chris Lindsay, a 2000 graduate of Ledford High School, poses on the set of “MacGyver” during filming of an episode that aired last weekend on CBS.

Chris Lindsay, seen here from the camera’s point of view, films a commercial for an international phone company.

Chris Lindsay, who grew up as a huge “Star Wars” fan, portrays a character at Galaxy’s Edge, a “Star Wars”-themed area at Walt Disney World’s Hollywood Studios in Orlando, Florida.

If one of the bad guys in last week’s “MacGyver” episode looked familiar, there’s a good reason for that — it was former Thomasville resident Chris Lindsay, a 2000 graduate of Ledford High School.

Lindsay, 38, was bitten by the acting bug 30 years ago, and it hasn’t let go of him yet. The “MacGyver” episode, in which Lindsay plays a member of a terrorist cell, is merely the latest credit in a long list of credits the veteran actor has cobbled together in his career.

“Over time, I’ve gravitated more and more toward film and TV,” Lindsay said during a telephone interview from Orlando, Florida, where he makes his home. “Theater is my passion, but it just doesn’t pay as much. I can do a play and be on the stage for two months, or I can be on the set for one day of filming, and the film job pays more than two months on the stage.”

Lindsay’s introduction to acting came when he was an 8-year-old at Wallburg Elementary School, when he played a campfire kid in a small cable film project called “The Spirit of Nature.”

From that moment, he dreamed of a career in film, but as he was growing up, the theater seemed like the safer choice, so that’s the direction he chose. His first professional gig was a four-year stint performing in North Carolina’s popular outdoor drama “The Lost Colony,” where he won the COAST Player of the Year acting award.

After that, he landed a job with the Orlando Shakespeare Theatre, which is what led him to Florida — and while Orlando is not exactly Hollywood, or even Hollywood East, it’s been a good working environment for Lindsay.

Not long after settling in Orlando, he participated in an “Acting for the Camera” class, where he asked the instructor if there were many film and television opportunities for African American actors in the Orlando area.

“If I had known you were here, I would’ve sent you for an audition last week,” the instructor replied.

The following week, she did contact Lindsay about an audition, and he landed the role. Then another one, and then another one, and before he knew it, he found himself — at age 25 — on the set of “Never Back Down,” a big-budget martial-arts film in which he earned several minutes of screen time as a fight referee.

“It was a whiplash experience for me, and the opportunities just kept coming,” Lindsay said. “The last theater play I did was — well, I couldn’t even tell you when it was, it’s been that long.”

He went on to get roles in such productions as “Burn Notice,” a series on USA Network; “Army Wives,” a series on Lifetime; and the MTV sitcom “The Inbetweeners,” as well as commercials and other acting gigs.

Being based in Orlando, Lindsay also has taken acting roles at the nearby Walt Disney World complex, including a role at Galaxy’s Edge, a “Star Wars”-themed area at Disney’s Hollywood Studios.

That’s what he was doing when the pandemic swept across the country.

“It was about a year ago that Disney announced they were shutting down, and I went from being the lead in two shows there to having to find something completely different,” he said. “They stopped March 15, and they let go of dozens of ... actors, including myself. When they let us go, I had a little come-to-Jesus talk with myself.”

With other acting opportunities drying up, it seemed like a sink-or-swim moment for Lindsay, so he earned a real-estate license to have that as a backup plan.

Thankfully, though, he has managed to pick up acting opportunities, in part because of his proximity to Atlanta, which has become a hub for filming because of the film incentives Georgia offers.

It was in Atlanta, for example, that Lindsay landed his recent role on “MacGyver,” and other opportunities are presenting themselves. Lindsay said he has a major announcement to make about one of his film projects within the next week or so, but he doesn’t have permission to talk about it just yet.

“I’m blessed to be getting opportunities,” he said. “It’s been a good ride from Ledford High School to here. I’m not a massive actor, but I aspire to be, and I feel like I’m going in the right direction.”