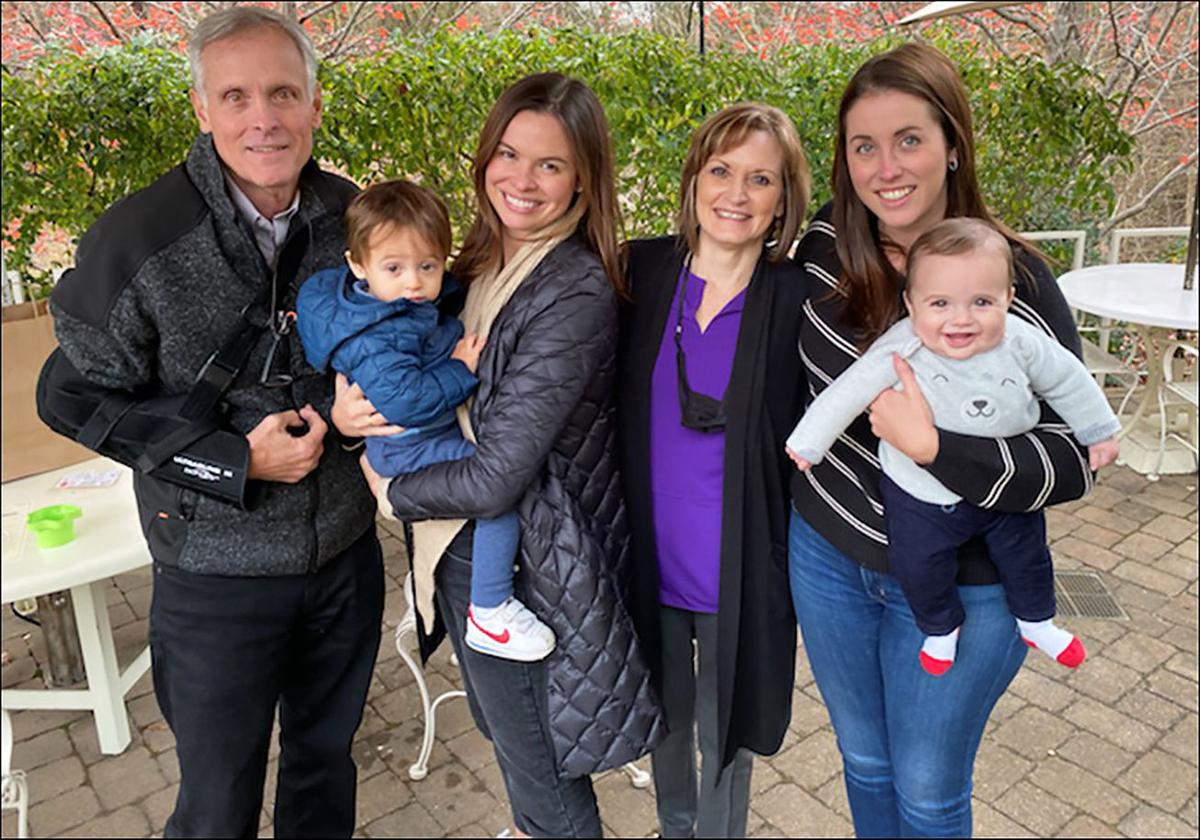 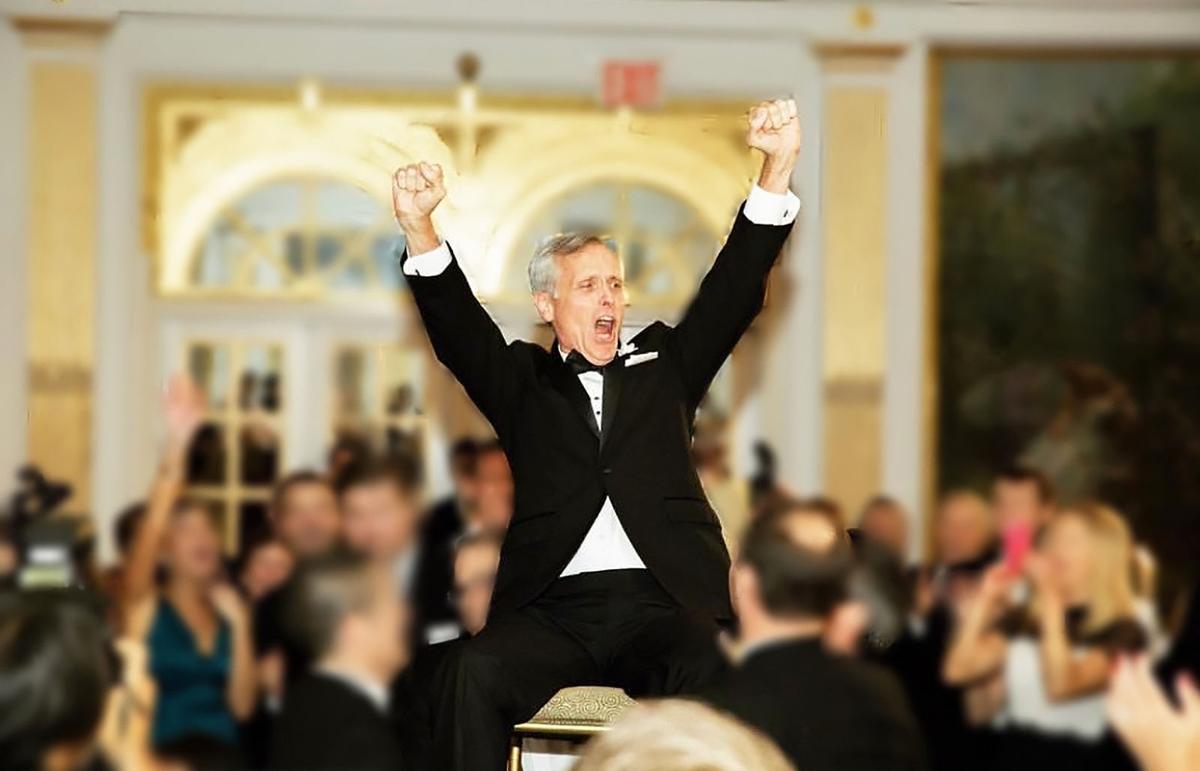 Tom Powell, pictured at his daughter’s wedding a couple of years ago, says he’s a very blessed man after lung cancer turned up on a routine, unrelated chest X-ray.

Tom Powell, pictured at his daughter’s wedding a couple of years ago, says he’s a very blessed man after lung cancer turned up on a routine, unrelated chest X-ray.

For years, the pain in Tom Powell’s shoulders had been killing him, but when he finally decided to do something about it, those aching shoulders may have actually saved his life.

Powell, a 65-year-old Thomasville resident, had planned to have shoulder replacement surgery, until a routine chest X-ray — a common preoperative procedure — detected a small mass on his left lung. Further testing indicated Powell likely had early-stage lung cancer, and suddenly he found himself talking to an oncological surgeon instead of an orthopedic surgeon.

“I was truly blessed by divine intervention to learn about my cancer,” Powell says. “I’m a very lucky man.”

Yes, he is — and not only because he just happened to be having a chest X-ray, but also because chest X-rays don’t typically detect small tumors such as his.

“It usually takes a large tumor for it to show up on a chest X-ray, so he got lucky,” says Powell’s physician, Dr. Robert Ferguson, a thoracic surgeon at Wake Forest Baptist Health — High Point Medical Center.

“Seventy% of lung cancer isn’t found until you develop symptoms, and by that time it’s usually too late. That’s why lung cancer screening — just like a colonoscopy, just like a prostate exam, just like a mammography — that’s why over the last several years screening has been the hottest topic in the medical literature. Lung cancer is aggressive, so if you don’t find it early, your chance of having prolonged survival is nil.”

Fortunately for Powell, his cancer was caught early, and Ferguson removed the tumor using a minimally invasive procedure called a robotic lobectomy — the surgical removal of a section of the lung. And because Powell’s cancer was Stage 1, he is considered a “surgical cure,” meaning he didn’t even require radiation or chemotherapy following the surgery.

The operation was performed on Sept. 9, which is around the same time Powell had planned to have his shoulder replacement.

Powell, who co-owns Lazar Industries, a furniture manufacturer in Siler City, is physically active and has never smoked. His mother had lung cancer, but otherwise he did not fit the profile of an individual at risk, so the lung cancer diagnosis caught him off guard.

“My resting pulse is 58, and my blood pressure is almost nonexistent — I’m flying through life thinking I’m in perfect health,” he says.

“So yeah, when this happened, the first couple days there was a tremendous amount of denial. But once (Ferguson) and I talked, and once I was confronted with the facts, how I got it and why I got it didn’t even enter into my mind — that’s in the past. I never got angry and never said, ‘Why me?’ My thought was just that if I have it, I’ve got to get rid of it.”

Of course, that was Ferguson’s focus, too, so they quickly scheduled the surgery.

Fortunately for Powell, Ferguson specializes in robotic-assisted surgery, a type of operation in which the surgeon uses an electronic device to manipulate small, robotic arms inside the patient. The procedure is minimally invasive, especially when compared to the old-fashioned lung surgery known as a thoracotomy, which requires a large incision between the patient’s ribs.

Only about 25% of surgeons nationwide perform robotic-assisted surgery, according to Ferguson, but it has distinct advantages, in addition to being minimally invasive.

“It gives you better visualization, because it has high-definition 3D imaging, and you can magnify the image if you need to see something more clearly,” he explains. “Studies also show that it causes less pain for the patient, and the recovery time is much quicker.”

According to Ferguson, the average hospital stay for a thoracotomy is five to seven days, while it’s only three to four days for robotic-assisted surgery.

Powell obviously agrees. He recovered from his lung surgery so quickly that he underwent his first shoulder replacement surgery in early November, only two months after the lung procedure. He’ll have the other shoulder replaced in February.

“All the way through, this has been an amazing, first-class experience — I couldn’t have hoped for a better end result,” Powell says.

“And I’m so thankful that they found this when they did, by the grace of God and just fortuitousness. It could’ve been found five years down the road, and it would be Stage 4 and in the lymph nodes — it would be a whole different conversation. I know I’m very blessed.”