HIGH POINT — A city commission looking into slavery reparations for Black High Point residents is crafting ways to get its message out. The One High Point Commission should explore technology and in-person methods of disseminating talking points, said Lovelle McMichael, a member of the commission who chairs its public relations subcommittee.

“My understanding would be that the research committee would be doing more work on just getting us the information around how the city of High Point is complicit in the harm that’s been done to African Americans,” McMichael said. “So therefore, the public relations committee would be just defining who we are as a commission, why we’re doing what we’re doing and how we get the citizens of High Point involved.”

He said the commission’s message needs to be tailored to the city’s Black population, which numbers about 40,000.

He said marketing beyond TV or social media will be important and suggested something such as T-shirts as a type of grassroots effort to engage the audience.

“We have to take some grassroots approaches,” McMichael said. “That might be getting on the phone and saying, ‘We need you at our One High Point Commission meeting.’ Some people who have Facebook influence can make a post. Somebody that’s in the pulpit might announce it to your church.”

City Councilman Michael Holmes, who also serves on the commission, said town hall meetings about its work need to be targeted to key audiences.

“I think there’s going to be some preaching to the choir in some areas, and some deaf ears in others,” he said. “I do think, writ large, the city of High Point needs to hear this. They need to be able to have their questions answered and any fears or concerns they may have. They need to give voice to that, and we need to be able to respond everywhere across the city.”

Holmes said he thinks it might be a good idea for the commission to bring in an outside expert like an economist who could help quantify the legacy of slavery and segregation.

“All these numbers can be quantified, and a value can be put to these lost opportunities,” he said.

The commission has talked about inviting guest speakers such as academics who are considered experts on reparations.

“One of the things we need to be mindful of as we invite speakers to come in is that they are talking our message,” chairman Joe Alston said. “What I don’t want to see is a shooting of ourselves in the foot when we bring a speaker in that says … (reparations) can’t be handled on the local level, this is a federal issue.” 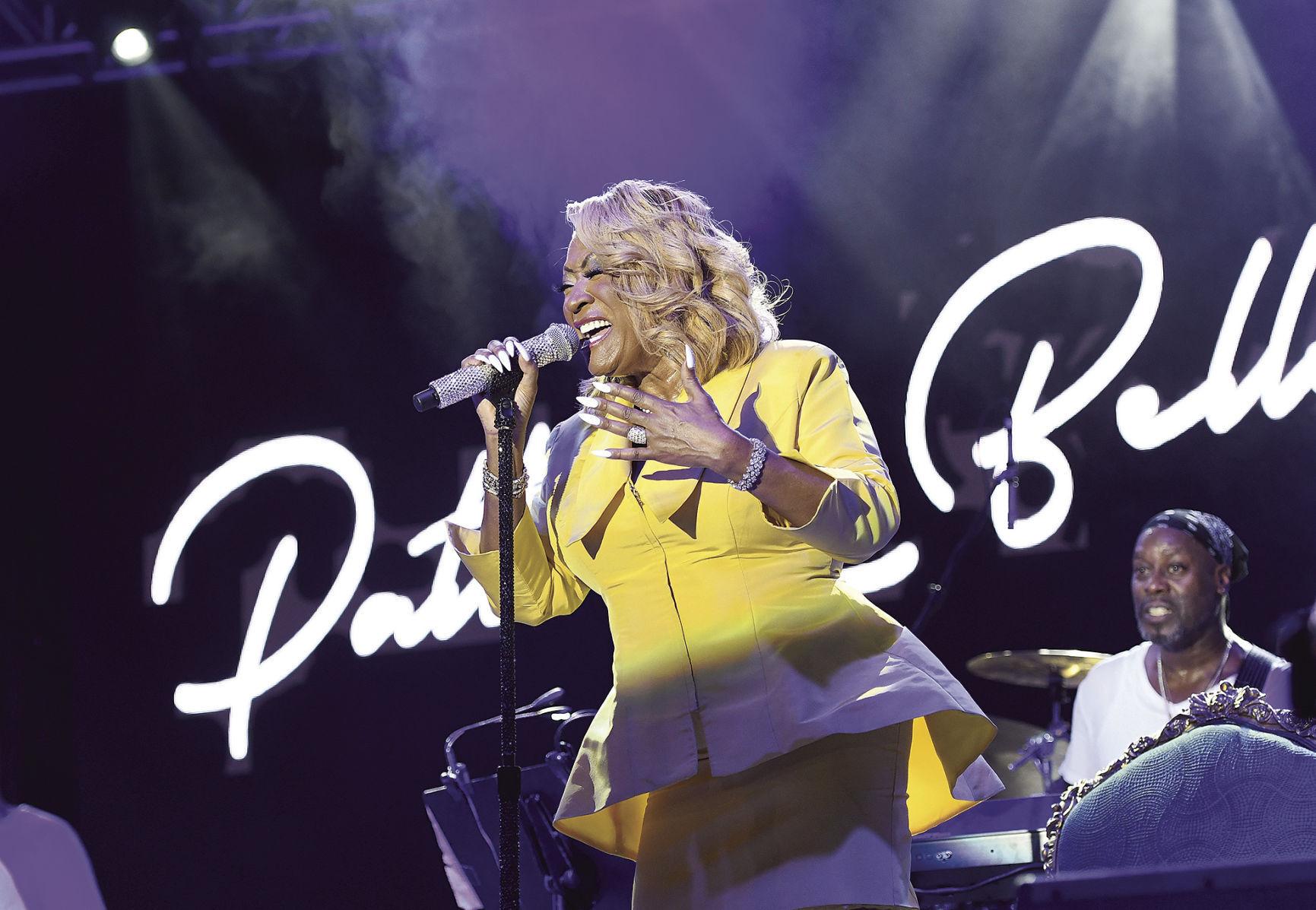 Patti LaBelle, a two-time Grammy Award winner who has been nominated 13 times, was the headliner at the 11th annual John Coltrane International Jazz and Blues Festival on Saturday. LaBelle had the crowd on their feet singing and dancing as she performed a variety of songs including a rendition of the song “Tennessee Whiskey” and closing out the show with her hit “Lady Marmalade.”

HIGH POINT — The annual Community Day of the High Point Police Department will mark a pair of firsts when the free event takes place this Saturday.

It represents the first time that Community Day has happened since the onset of the coronavirus pandemic and the first time for the location at Washington Terrace Park at 101 Gordon Road in east High Point.

Community Day, which offers a chance to meet with the police in the setting of a festival, will take place from 10 a.m. to 2 p.m. In case of rainy weather, the event will move to the Morehead Recreation Center at 101 Price St. This year’s Community Day is the first one since 2019.

“It is a way for them to get to know the men and women behind the badge.”

Activities will include a doughnut-eating contest, bounce houses and kickball competitions.

Free health screenings and flu shots will be available.

The first Community Day was held in 1995. For most of its history, the event was held at the former police headquarters on Leonard Avenue, which closed when the new, larger headquarters opened on Westchester Drive.

“This new location is also important to us because we want people who live around the former police department to know we are still here and serving them, even though we’ve moved to a new location,” said Victoria Ruvio, the police communications specialist.

Between 150 and 200 people came to the last Community Day in 2019. The police are expecting more than 300 people to attend this Saturday, Ruvio told The High Point Enterprise.

Imaflex USA Inc. plans to construct a 25,000-square-foot addition at its 1201 Unity St. plant over the next two years to accommodate the growth of its packaging solutions business for the consumer and industrial markets.

The Thomasville plant is the U.S. operation for Imaflex Inc., a Canadian company that develops and manufactures plastic films and bags. The company has been in Thomasville since 2006.

“We’ve seen a substantial scaling of the business since then, resulting in the need for additional space and equipment,” Joe Abbandonato, president and CEO of Imaflex, said in a news release. “This (expansion) accommodates our needs, thus ensuring our long-term growth and competitiveness. In turn, it will benefit our current employees, while also creating new job opportunities in North Carolina.”

The expansion will allow the company to upgrade its extrusion operations and increase film-making capacity in its current facility, while constructing a new building to consolidate printing and distribution operations, according to Cooper’s office.

The Thomasville plant currently has 90 employees. The new positions will include extrusion, converting, printing, maintenance and management personnel. A $75,000 grant from the One North Carolina Fund has been authorized to assist the company with the expansion. Thomasville and Davidson County incentives are also involved.