Rory Baker, a COVID-19 survivor whom doctors expected to die last year, is shown with his wife, Melissa, surrounded by their children at their home in Greensboro.

A nursing assistant holds Rory Baker’s hand as he leaves High Point Medical Center on June 30, 2020, after he had been hospitalized for several weeks with COVID-19. Family and friends came to wish him well on his discharge.

Melissa Baker lays her hand on a window outside The Fitness Center at High Point Medical Center in May 2020 as she prays for her husband, Rory, who at the time was on a ventilator.

The irony is not lost on Rory and Melissa Baker.

In May 2020, Melissa found herself standing outside the entrance to The Fitness Center at High Point Medical Center, placing her hand on the glass and praying fervently for her husband as he battled COVID-19. Rory was on a ventilator in the hospital — he’d been there for weeks — and doctors had given him less than a 10% chance of surviving.

Today, some 18 months later, it’s Rory who finds himself at The Fitness Center — three times a week — rebuilding his strength after not only beating the virus but also overcoming open-heart surgery in October 2020.

“That’s just how good God is,” Melissa says. “The Fitness Center is where I was laying my hands and praying, it’s where my husband went for cardiac rehabilitation, and now it’s where he goes for exercise to build his body back up. He’s getting stronger, and we’re very thankful.”

If anybody has a reason to be grateful this Thanksgiving, it’s the Baker family, formerly of High Point but now living in Greensboro. Rory, now 56, figures he probably shouldn’t be here after the past year and a half of health issues — some of them life-threatening — so he’s thankful for every new day.

“I’m grateful because I know the condition I was in,” Rory says. “I look at all the people that died from COVID, and I’m one of the fortunate ones.”

Rory spent nearly three months in the hospital, and several weeks on a ventilator, as he battled the virus. Meanwhile, his distraught wife began visiting the hospital twice a day and praying not only for her husband but also for other COVID patients and for the doctors and nurses treating them.

As she prayed, she held her Bible in her left hand and placed her right hand flat against the glass outside The Fitness Center, as if she were laying hands on her husband’s body while praying for him. Covered in anointing oil — olive oil that had been prayed over specifically for this purpose — her palm left vivid handprints on the glass. Hospital employees saw the handprints, and when they learned Melissa’s story, they were inspired by her faith.

So when Rory was discharged last summer, doctors and nurses joined the Baker family in celebrating.

His journey was far from over, however.

During Rory’s hospitalization, his toes had turned black, a symptom of a side effect known as COVID toes. His doctors felt the toes needed to be amputated, but they held off on surgery because Rory’s body was so weak. After he was discharged, though, the toes were salvaged, and only the tips of two toes had to be amputated.

The amputation took place in early October 2020. Later that same month, Rory’s heart began to fail — another side effect associated with severe COVID — and he had to have two valves replaced. Following that surgery, he entered the cardiac rehab program at The Fitness Center.

“I’m still not 100%, but it’s a night-and-day difference from where I was,” he says. “I’m functional and able to do things for myself that I couldn’t do before, like driving, feeding myself, bathing myself and going to the bathroom. I’m functional enough now to have a decent quality of life.”

Rory, who pastors Fruit of the Spirit Ministries in Greensboro, has also resumed preaching, something he wasn’t sure he’d be able to do again after his illness.

“It’s extremely tiring, yet fulfilling,” he says. “I’ve been able to return to what I love to do.”

Rory says his journey of the past 18 months has given him a new understanding of gratitude and has taught him to be thankful in all things.

“I would just tell people to enjoy life, because it is so precious,” he says. “We get caught up with some very insignificant things that don’t really matter in the big scheme of life. We hold grudges in families, and we let minor disagreements escalate into not having any contact with people. Life’s too short for all that.”

HIGH POINT — The United Way of Greater High Point has reached the milestone of 50% of funds raised toward its 2021 campaign goal.

As of Nov. 22, it had received more than $2 million in donations toward its $4.15 million campaign goal, which Campaign Chairman Tony Bertschi revealed in mid-September. Bertschi expressed gratitude for support from the greater High Point community.

“It’s wonderful that we’ve reached 50% of our goal as we approach Thanksgiving,” said Bertschi, general manager of Crescent Ford. “This is yet another reminder of how thankful we all should be to live in such a generous community.”

Bertschi noted 82 cents of every dollar given to the local United Way is used to support 65 programs at 27 partner agencies that provide services to meet the community’s health, education and financial needs.

To donate to the 2021 United Way campaign, visit unitedwayhp.org.

HIGH POINT — For the second time in four days, a small earthquake struck the Triad.

The 2.3-magnitude quake hit just after 4 a.m. about four miles south-southwest of Winston-Salem and less than a mile deep, according to the U.S. Geological Survey.

Earthquakes with a magnitude of 2.5 or less are “usually not felt” but can still be recorded by a seismograph, according to Michigan Tech, but more than 100 people Wednesday morning reported to the USGS feeling the earthquake.

Wednesday’s earthquake was centered near where a 2.4-magnitude quake was reported on Sunday. 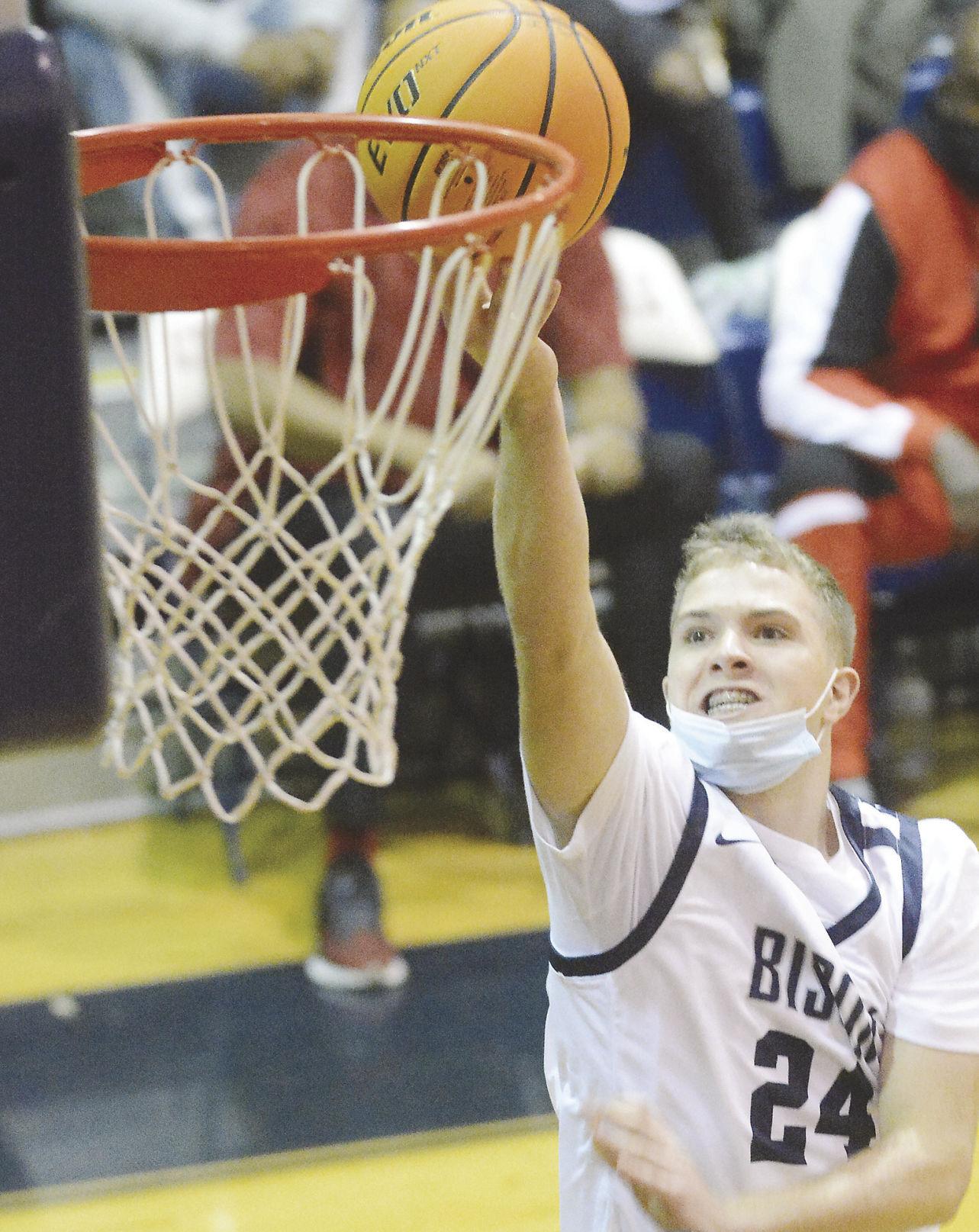 High Point Central's Isaiah Graybeal (24) drives to the basket during Tuesday's game against Andrews at Central.