GUILFORD COUNTY — Three local races with the narrowest of margins should be resolved Friday as the Guilford County Board of Elections conducts its canvass of the general election.

The narrowest margin involves the District 4 commissioners race in the eastern part of the county. Democratic challenger Mary Beth Murphy leads Republican incumbent Alan Branson by 18 votes out of a little more than 43,000 cast. With all precincts reporting unofficial returns, Murphy has 21,521 votes, or 50.02%, to Branson’s 21,503, or 49.98%.

Democrats already are assured of flipping the Guilford County Board of Commissioners from Republican to Democratic control for the first time in 10 years through winning two other contests. If Murphy prevails, Democrats would have a 7-2 advantage — Republicans have held a 5-4 edge for the past decade.

In one of the school board races, Republican District 3 incumbent Pat Tillman holds an 88-vote lead over Democratic challenger Blake Odum with nearly 37,000 votes cast. Tillman has 18,407 votes, or 51.12%, to Odum’s 18,319, or 49.88%. The district covers parts of Greensboro and northwestern Guilford County.

In the other school board race, unaffiliated candidate Deborah Napper holds a 187-vote lead over Republican Michelle Bardsley with nearly 36,000 votes cast. Napper has 18,048 votes, or 50.26%, to Bardsley’s 17,861, or 49.74%. The district covers parts of Greensboro and northern Guilford County. The winner will succeed retiring Democratic school board member Darlene Garrett.

When the candidate filing period concluded this past December, Bardsley initially was unopposed for the seat. Napper’s supporters mounted a successful petition campaign earlier this year to get her on the general election ballot as an unaffiliated candidate.

Napper told The High Point Enterprise that she changed her voter registration from unaffiliated to Democratic this past April.

Democrats currently hold a 6-3 majority on the school board.

Across the state, the canvass will conclude Friday among election boards in all 100 counties. The canvass takes up unofficial returns tallied on election night and makes the vote counts in races official.

Today in Guilford County, the elections board will approve and count mailed-in absentee ballots that arrived after Election Day but were postmarked by Nov. 3. The board also will take up provisional ballots, which are ballots voters submitted when discrepancies or questions cropped up about voter registration or residency, Guilford County Elections Director Charlie Callicutt said.

On Friday, the board will finish any vote counts that remain.

The board also will hear challenges to some votes, such as ballots cast early by people who died before Election Day, Collicutt said. According to state election statutes, the ballot of someone who votes early either in person or by mail and dies before Election Day can be challenged and removed from the count.

The final step of the canvass will certify the results and make the vote totals in all races official.

Based on voting patterns locally and across the state this year, remaining mailed-in absentee ballots will tend to trend Democratic, said Carla Cole, political science instructor at Davidson County Community College. The question is whether enough ballots would filter down to a local race to make a difference in the outcome. 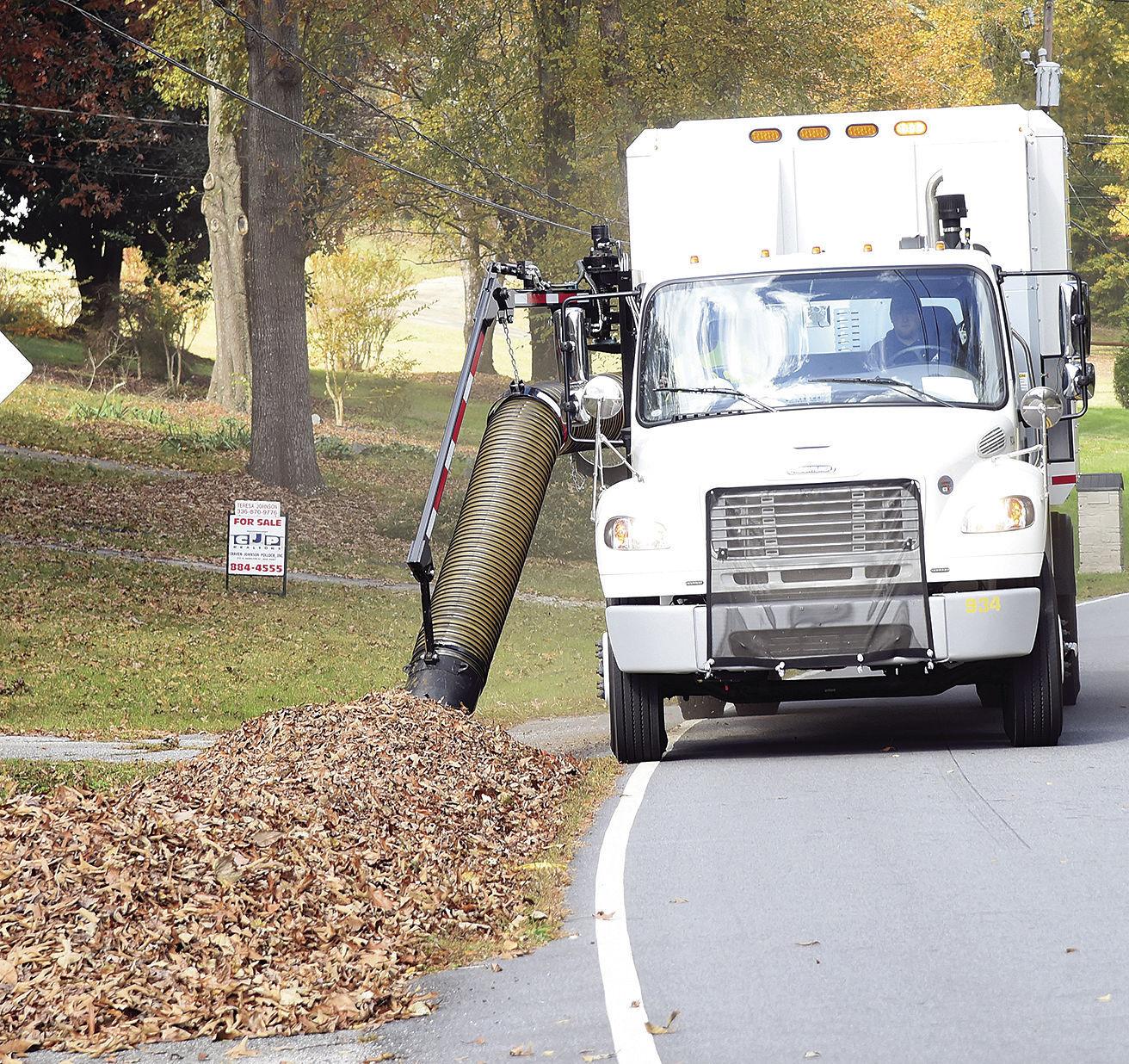 A city worker collects leaves on Langdale Drive in north High Point on Monday. City crews began the first of two rounds of curbside loose leaf collection in High Point neighborhoods this week. The second round of leaf collections begins the week of Dec. 14 for Monday and Wednesday garbage customers and Jan. 4 for Tuesday and Thursday service areas. For more information about loose leaf pickup, call the city’s customer service line at 336-883-3111.

The IHOP at 110 E. Parris Ave. in High Point plans to reopen this month after temporarily closing last spring. The restaurant property was sold in October to a Dallas-based franchise group that owns and operates more than 1,000 IHOPs and other restaurant brands across the country.

HIGH POINT — A chain restaurant with a High Point location plans to reopen this month after a temporary closure.

The IHOP at 110 E. Parris Ave. is hiring servers, cooks and other staff, according to a sign on the door of the establishment.

The restaurant, which specializes in breakfast foods, closed in late March.

“The location in High Point, NC was temporarily closed and is anticipated to reopen soon. Our franchisee looks forward to welcoming guests back,” according to a statement from IHOP’s corporate office in Glendale, California.

Sun Holdings, based in Dallas, is one of the largest restaurant franchisees in the U.S., with more than 1,000 locations under its ownership.

HIGH POINT — Some residents are raising concerns about a possible commercial development they say would be too close to Oak Hollow Lake.

Blue Ridge Cos. of High Point is asking the city to rezone 3.6 acres at Eastchester Drive and Cypress Court from residential single-family and conditional use office institutional to a conditional zoning general business district, Senior Planner Herb Shannon said.

“Specifically, they would like to do a convenience store with gas pumps and maybe a drive-thru restaurant,” Shannon said.

Calls to Blue Ridge Cos. Vice President of Development and Construction Jim Grdich and Judy Stalder, a consultant working with the developer on the zoning process, were not returned.

Tim Tucker, who lives near the site, has started an online petition called Save High Point Water that raises concerns about the impact of the possible development on the lake, which is a drinking water source for the city.

If the project includes underground fuel storage tanks for a gas station, he said, he feels they could pose a threat to water quality.

“It’s yards from the lake. There is no gas station in the city with this kind of proximity,” Tucker said. “It may be unlikely that a tank would fail, and I’m sure they’ll put in the most modern protections available. My No.1 concern is water safety. There’s failures of gas tanks all over North Carolina.”

Shannon said the request is scheduled to be heard by the Planning and Zoning Commission Dec. 8 and the City Council in January.

He said regulation of any underground storage tanks, as well as other environmental impacts, would be handled during the city’s technical review process after the zoning phase.

“If they get zoning approval, … (environmental regulations) would be part of their site plan approval,” Shannon said. “They would have to document that the site drains in a manner outside of the watershed, that it’s not going directly into Oak Hollow.”

City officials are still working with the developer on what conditions the developer will offer, such as any traffic improvements and how the site would be accessed from the Cypress Court intersection on Eastchester Drive, he said.

The site is just north of the newly redesigned interchange with Interstate 74, and Tucker and other neighbors argue that a business of this magnitude would generate more vehicle trips than the road network can handle.

“The traffic congestion would be unbelievable,” he said. “The stop lights are too close together.”

To see the online petition, go to https://www.ipetitions.com/petition/save-high-point-water#comments and search for “Save High Point Water.” 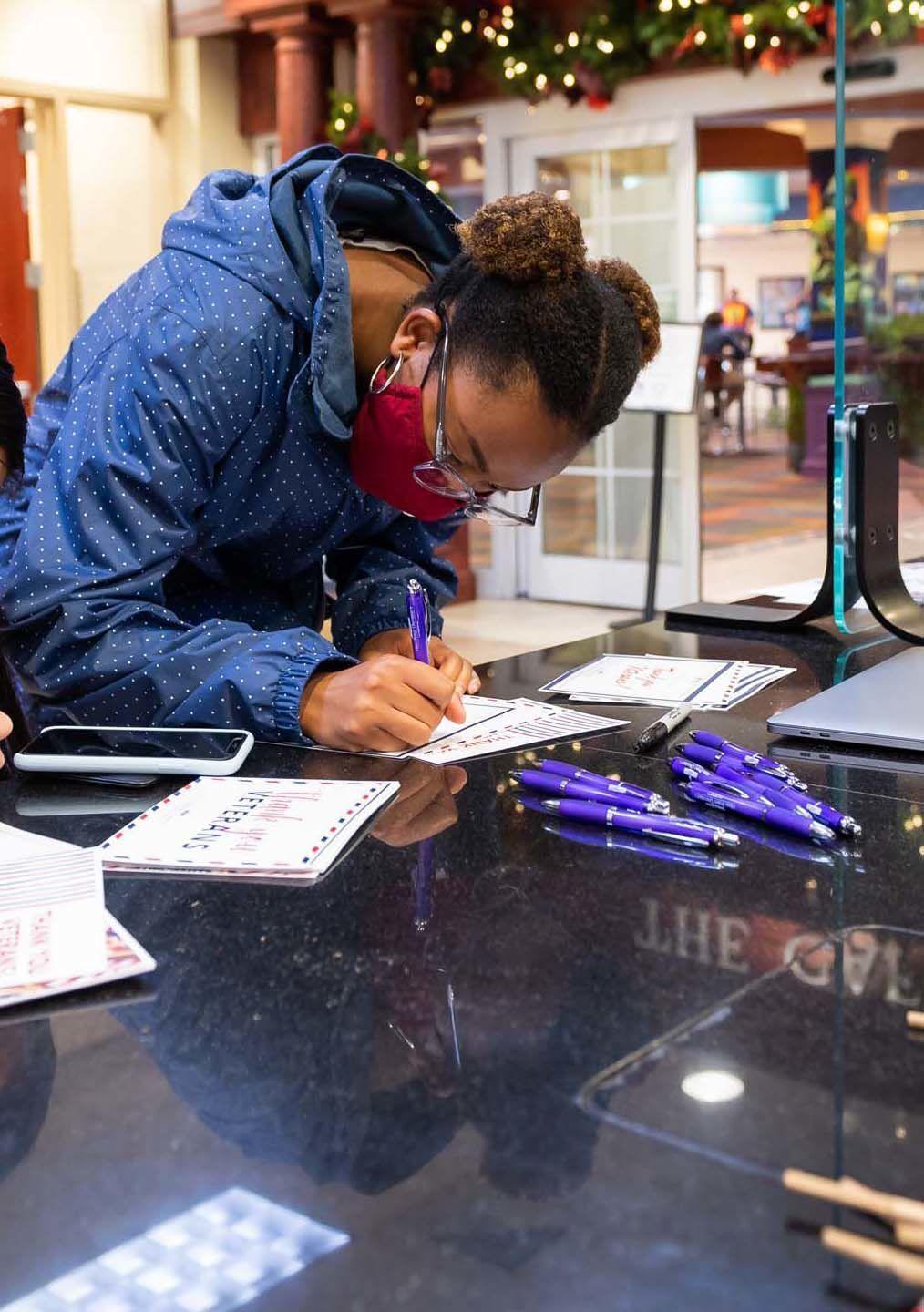