The governor’s announcement raised the tantalizing possibility of the state returning to levels of normalcy sought by millions of North Carolinians since the onset of the coronavirus pandemic in March 2020.

State leaders anticipate lifting the mask mandate and easing other public health recommendations once two-thirds of adult North Carolinians have received at least one vaccine dose and if COVID-19 metrics remain stable.

As of Wednesday, the state has administered more than 6.5 million vaccines, with 35% of adults in the state fully vaccinated and nearly another 12% at least partially vaccinated. More than 76% of people 65 and older have had at least one inoculation.

Cooper and state Health and Human Services Director Dr. Mandy Cohen said more details would be released next week on the specifics of the restrictions rollback.

During a question-and-answer session with reporters during his latest COVID-19 briefing, Cooper mentioned the possibility of easing mask restrictions outdoors at the outset before eventually relaxing indoor mask requirements at stores and other businesses, but his office later clarified that the current plan is not to lift restrictions in phases.

The governor and Cohen emphasized that North Carolinians still need to keep wearing masks and practicing other protocols into May to reach the rollback goals.

“We are at an exciting moment,” Cohen said. “We now have enough vaccine for everyone. It’s up to you to get us to the two thirds goal as quickly as possible so we can live with this virus and begin to put this pandemic behind us.”

Marchers make their way along W. Market Center Drive during last year’s One Nation 4 Justice march, which was held in response to the death of George Floyd. This year’s march will take place Sunday afternoon.

HIGH POINT — Organizers of this weekend’s One Nation 4 Justice march hope to build on the success of last June’s event, which drew about 1,000 marchers of all ages and colors.

“I remember how excited people were, and how people of all colors came out for that march,” said the Rev. Orrick Quick, a march organizer. “People brought their children. We even had grandmothers out there with their walkers, and people in motorized wheelchairs. And this year, we’re expecting another great turnout, even bigger than last year.”

The march will begin at 3 p.m. Sunday. Participants will begin gathering at the corner of S. Main Street and W. Market Center Drive around 2:30 p.m., then march to Morehead Recreation Center on Price Street for a peaceful demonstration. Events at the recreation center also include a time of prayer and music.

Following the event, shuttles provided by High Point University will return marchers to their vehicles on W. Market Center Drive.

According to Quick, the idea behind the march is to unite the community against injustice.

“The main thing I want to come out of it is unity,” he said. “It’s called One Nation 4 Justice for a reason. No matter if you’re black or white, no matter what your nationality is, we want to come together collectively to seek justice.”

Last year’s march took place in the wake of George Floyd’s death in Minneapolis, Minnesota, a death that sparked protests and civil unrest across the country over police brutality. Floyd, a 46-year-old Black man, died last May 25 after Derek Chauvin, a white police officer, pinned Floyd’s neck to the pavement with his knee for more than nine minutes.

Coincidentally, this year’s march will be held in the wake of Tuesday’s verdict in the Floyd case, in which Chauvin was convicted on murder and manslaughter charges and could be sent to prison for decades.

The Floyd case continues to be a driving force behind local and national efforts to fight injustice, Quick said.

“When we saw on national TV the treatment … (Floyd) was put through, it gave us an indication of what we should do together against the wickedness in this nation,” Quick said. “It’s a calling of prayer warriors and individuals who seriously want to see justice for every individual — not just Blacks, not just whites, not just Asians, but everyone.”

“No one should be mistreated in the hands of a police officer,” he said. “My job as a pastor is to help bridge the gap between the community and law enforcement. I thank God for law enforcement — we can’t survive without them — but we don’t need anyone who’s going to take advantage of their authority and power the way Derek Chauvin did.”

Quick said the issue hits even closer to home this year after the shooting death of Fred Cox Jr., a Black teenager who was killed last Nov. 8 at a funeral in High Point. Cox was shot to death by an undercover Davidson County deputy, who thus far has not been publicly identified or charged.

“We want to make this march an annual thing,” Quick said. “I wish we could do just one march, but unfortunately more things are still happening in the world, like the Fred Cox case. These things are wrong. Some people try to make it about race, but I don’t — it’s about what’s right and what’s wrong.”

HIGH POINT — A High Point transportation services company could get financial assistance from the city if it establishes its corporate office downtown in an expansion project.

The City Council on Wednesday unanimously authorized up to $320,000 in cash grant incentives for RUD Fleet Corp., which is considering locating at 209 N. Main St.

The company handles licensing, title work, registration and delivery of new vehicles for its clients.

“We’re looking at growth and we need to identify a home. I want our team located in a downtown environment,” said company owner and President Drew Haire. “Downtown High Point is certainly in a momentum phase.”

RUD Fleet Corp. has also considered downtown Winston-Salem, according to the city.

If it picks High Point, it would move its existing 10 employees from 1200 Eastchester Drive to the 13,500-square-foot, two-story building, which has been vacant since Huffman Koos, a retail furniture store and showroom, went out of business there about five years ago.

It would also create 20 full-time jobs over four years that pay an average of $44,000 in annual salary, Haire said.

The jobs would include administrative, project management, customer service, team leadership and transportation and titling positions.

The property owner and the company would invest $250,000 in upfits and improvements to the exterior and interior of the building.

The company would have to document in a performance agreement with the city that the full investment had been made and all of the new jobs created in order to get the full amount of the incentives.

The company is expected to make its decision this quarter, according to the city.

“It is very, very important for our revitalization downtown to be successful that we get people working downtown,” said Mayor Jay Wagner. “I’m confident that they’re going to be coming (downtown).” 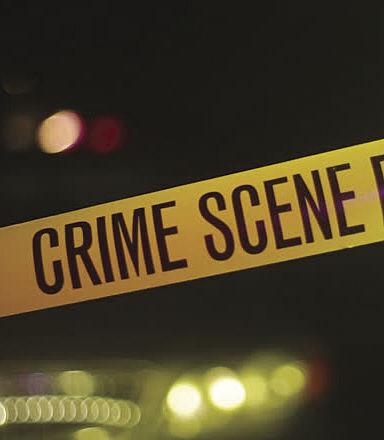