HIGH POINT — The city has adopted new policies that will guide decisions on growth around two major road projects under construction in High Point.

Land-use plans for the Eastchester Drive/Interstate 74 interchange and the portion of the Jamestown Bypass in High Point include several recommendations for how to protect key environmental features and existing neighborhoods while fostering new development where it’s compatible with the surrounding area.

Each of the specific recommendations in the new plans will require individual action by the City Council or Planning and Zoning Commission to adopt, according to Lee Burnette, the city’s planning and development director.

The recommendations include land-use plan amendments, zoning updates and street-name changes that are tied in with the construction of both projects.

The Eastchester plan covers a 148-acre area around the redesigned interchange. One of its main objectives is to protect Oak Hollow Lake, a drinking water supply for the city that’s just northwest of the interchange, by steering high-intensity commercial uses like drive-thru restaurants away from this part of the Eastchester Drive corridor.

The land-use plan designation for a majority of the study area is recommended to remain office, which would support a wide variety of office, institutional and residential uses, as well as smaller retail development.

The Jamestown Bypass plan covers a 2-mile section of the road through the city, which will open in 2022. The new road will connect with an Interstate 74 interchange in the Five Points area and could enhance the redevelopment prospects for large, long-vacant sites like the former Presbyterian Home retirement center and the former Evergreens nursing facility, according to the city.

Opportunities east of the I-74 interchange, where the bypass is providing access to undeveloped land, will be primarily developer-driven, according to the new plan.

The city could take on an active role west of the interchange in Five Points by improving the aesthetics of the corridor with a “gateway” appearance that would include streetscapes with broad sidewalks, street trees, pedestrian street lights and benches.

Lee Rickman taught only a single year at Wesleyan Christian Academy before he died in a freak accident during a mission trip the following summer.

The sixth-graders who sat in Rickman’s classroom that year — the only Wesleyan students he ever taught — learned a lot and laughed a lot. They marveled equally at the occasional handstands he performed in class and the inspiring devotional messages he shared with them.

“He was fun-loving — almost like a little kid sometimes — but we respected him as a teacher, too,” says Davidson Dew of Jamestown, one of four Wesleyan seniors who sat down this week to talk about the impact Rickman had on them. “That’s the quickest I’ve ever connected to a teacher.”

Tonight, Rickman’s former students will graduate from Wesleyan — older, wiser, more mature, and optimistically peering into their futures. They’re also looking back, though, determined to remember that the diplomas they take home tonight will have Rickman’s fingerprints all over them.

“I’m speaking at graduation, and I’m going to talk about how much he meant to our grade,” says senior class president Sydney Buck of Jamestown. “Even though he’s not here with us, he means so much to us. For many of us, I don’t think we’d be the people we are today without him, and I thought that was super-important to highlight as we have our last thing as a class together.”

Rickman, a former Wesleyan student, died on June 13, 2015, during a mission trip to Jamaica. Only 25, he was killed when a heavy limb inexplicably fell from a tree and struck his head.

Back home in High Point, Rickman’s former sixth-graders — some of whom were at a pool party when they heard the news — were devastated, crying and hugging one another.

“I was just in disbelief,” remembers Jaxon Barber of Greensboro. “That was the first time I ever had to deal with death, and I didn’t know how to handle it.”

Katie Bullins of Colfax remembers her class being summoned to the school one day that summer by Tim Rickman — Lee’s father, the high-school principal at Wesleyan — because he was concerned for the young students.

“He was going through one of the hardest times of his life, but he wanted to check on us to make sure we were OK,” she says. “That was just such a selfless thing to do.”

Buck remembers Rickman showing a video about his son and telling the sixth-graders, “Y’all are special to me because you were special to Lee.”

Buck says her one year in Rickman’s class influenced her tremendously, helping transform her from a “super-shy” sixth-grader who read by herself at lunch to a more outgoing teenager who became the class president and now hopes to run for Congress someday.

“One day he told me it’s OK to be different, to be myself and be a leader,” she recalls. “He always encouraged me that way, and it really made a lasting impact on me.”

All four students remember Rickman’s final devotion to their class as sixth-graders, a lesson he titled “Big Ears, Quick Feet.” The devotion was a reminder to have big ears listening for God, and quick feet to serve others.

“It’s a good reminder that he’s not someone who is forgotten, but someone we continue to love,” Buck says. “He truly is still part of the Wesleyan family.”

Even after tonight’s graduation, Rickman’s sixth-graders have left a reminder of how much he meant to them — a tree they planted in 2015 on the campus, near the high-school entrance. Each year since his death, on Dec. 6 — Rickman’s birthday — the students have gathered at the tree to reminisce about their teacher, to pray and to release balloons in his memory.

“To me, a living tree that continues to grow and prosper is symbolic,” Dew says. “The leaves fall off in the winter and come back the next spring, so it’s kind of showing us a symbol that even though he’s gone, he’s never truly gone — he’s still living through all of us.”

Grammy Award-winning vocalist Kurt Elling will be the featured performer on day two of the 10th annual John Coltrane International Jazz and Blues Festival in September.

HIGH POINT — The winner of the 2021 Grammy Award for Best Jazz Vocal Album will be the featured performer on day two of the 10th annual John Coltrane International Jazz and Blues Festival on Sunday, Sept. 5.

Kurt Elling’s current win was for the album “Secrets Are the Best Stories.” He has received 11 Grammy Award nominations, winning his first in 2007 for the live recording “Dedicated to You: Kurt Elling Sings the Music of Coltrane and Hartman.”

He has received eight Jazz Journalists Association awards for “Male Singer of the Year,” and the New York Times declared him to be “the standout male vocalist of our time.”

A Chicago native, Elling began singing in Windy City clubs at night while studying at the University of Chicago Divinity School by day. He made his recording debut on Blue Note Records with “Close Your Eyes” in 1995. That album not only secured Elling his first Grammy nomination but showcased many of the aspects that came to define his sound: a mix of jazz standards and original compositions, poetry and music.

A past vice president of the Recording Academy, Elling cites Tony Bennett and the Woody Herman Band as early musical influences. Elling has collaborated with jazz legends and classical orchestras; created multi-disciplinary theatrical works for the Steppenwolf Theatre and the City of Chicago; served as artist-in-residence for the Singapore and Monterey Jazz Festivals; and explored the common ground between jazz and poetry, working with the words of Allen Ginsberg, Rainer Maria Rilke, Pablo Neruda and others.

The John Coltrane International Jazz and Blues Festival will be held Sept 4-5 in Oak Hollow Festival Park. The celebration of jazz and blues music honors Coltrane, who grew up in High Point and graduated from William Penn High School, now Penn-Griffin School of the Arts. For ticket information and festival details, visit col tranejazzfest.com.

HIGH POINT — The city of High Point issued a boil-water advisory on Thursday for water customers in the northwest portion of the city in the Sandy Ridge Road area, who are experiencing periods of low water pressure and outages in the distribution system due to a water main break.

When service is restored, water customers in the area should boil any tap water intended for human consumption, including drinking, making ice, brushing teeth, washing dishes and food preparation, or they should use bottled water.

Periods of low or no pressure in the distribution system increase the potential for back siphonage and the introduction of bacteria into the water system. Vigorous boiling for one minute should kill any disease-causing organisms that may be present in the water.

The advisory remains in effect until further notification. 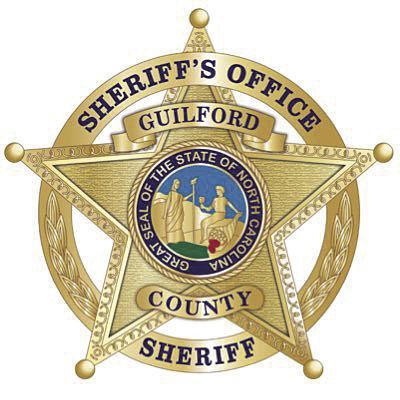