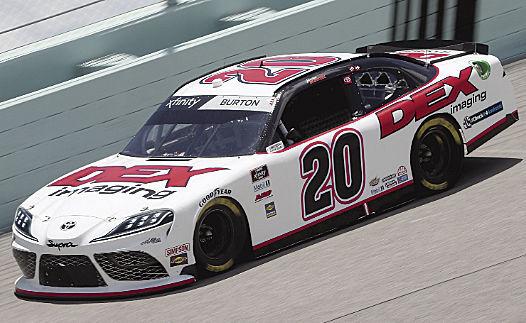 Police in a press release Friday said DNA evidence led to the arrests in the killing of Cameron N. Owens, 23, of Greensboro, on May 23, 2019. Officers on that day responded to the 200 block of Druid Street around 2 a.m., where they found Owens in a vehicle in the parking lot of an apartment complex. While processing the scene for evidence, officers at the time recovered the weapon they say was used to kill Owens.

On Wednesday, High Point police received DNA results from analysis of the murder weapon and combined those findings with other evidence found at crime scene to make the arrests.

• J’Mariuis D. Howze Jr., 23, of High Point, who is charged with first degree murder. Howze, who is currently in the Guilford County Jail in High Point charged in the April 13 homicide of Johnneil R. Emerson, 22, of High Point, was served with this latest warrant and returned to jail under no bond.

• Justice S. McLaurin, 26, of High Point, also is charged with first degree murder in Owens’ shooting death. McLaurin also was already in the Guilford County Jail in High Point facing charges in Emerson’s April 13 killing. He was served with the new warrant and returned to jail under no bond.

• Iyanna M. Brown, 26, of High Point, was charged with first degree murder in Owens’ death on Thursday after High Point police and the U.S. Marshals Fugitive Task Force found her at home. She was arrested without incident, police said.

• Carrie V. Graves, 27, of High Point, also is charged with first degree murder in the homicide. She was arrested without incident Thursday in Cheraw, South Carolina.

Caitie Gehlhausen, a High Point University graduate, is shown at a Walmart display holding some of the Socket Lock-It phone accessories she invented.

An innovative phone accessory is appearing this month on the shelves of about 3,000 Walmart stores across the nation because a High Point University graduate invented it to meet a need she observed.

During her freshman year at HPU in 2018, Caitie Gehlhausen noticed her friends and classmates used either a cardholder or a phone grip on the back of their phone but never both at the same time.

“I questioned why no one was using these two extremely popular phone accessories simultaneously, so I went to the internet to see if there was a product that could combine the two. To my surprise, there was not,” Gehlhausen said. “It was at this moment that I realized I wanted to be the person to solve this unmet need. And that is when Socket Lock-It was born.”

She developed Socket Lock-It, pairing an adhesive card holder for the back of a user’s cellphone with a receptacle that can easily exchange in and out of the user’s phone grip. Users can store up to three cards in the Socket Lock-It while still having the ability to use their phone grip (socket). The product is made with a lightweight material and designed to be compatible with most phone grips.

“They no longer have to choose between their phone grip or their cardholder,” Gehlhausen said. “Socket Lock-It provides convenience and ease for the everyday on-the-go person.”

Gehlhausen patented the concept and developed a wide range of skills to bring it to market. Those skills include engineering, manufacturing, testing and promotions.

The 22-year-old succeeded in an annual Open Call, where Walmart invites entrepreneurs from across the nation to pitch various products for potential sale in its stores. Due to COVID-19, Walmart held that Open Call virtually in October rather than in June, Walmart Communications Director Charles Crowson said.

Walmart’s discussions with Gehlhausen continued for about six months, leading to the April 5 launch of Socket Lock-It in stores at a retail price of $4.88.

“Anytime we connect with a supplier that brings with them a product that makes it to our store shelves, that in itself is unique,” Crowson said. “We’re always looking for the best ones. We’re always looking for those that are ready to go, and for those suppliers who are willing and able to develop their products to make it to our store shelves. Just getting here is unique in its own right.”

While constantly looking for suppliers, finding one like Gehlhausen was another unexpected treasure.

“For a supplier as uniquely talented and intelligent and capable as Caitie to develop that product when she was such a young age, continue getting it to scale and then be able to go into thousands of stores? That is nothing short of remarkably impressive,” Crowson said.

From Gehlhausen’s perspective, finding out that Walmart wanted to place Socket Lock-It in their stores felt surreal.

“Being sold in Walmart is like winning the Super Bowl of retail, and I feel so honored that the buyers were able to believe in the vision I had for Socket Lock-It,” she said.

Hailing from the greater Indianapolis area, Gehlhausen played competitive golf for 13 years and was attracted to HPU to join its women’s Division 1 golf team. Before she graduated from HPU in May 2020 with a double major in entrepreneurship and finance, Gehlhausen had participated in six business pitch competitions, including Business Plan and Elevator Pitch competitions.

As one of five finalists from HPU’s Belk Center for Entrepreneurship, Gehlhausen had seven minutes to pitch her businesses to a panel of judges to compete for start-up funds during the 2019 Business Plan Competition, supported by Truist. She won first place and $10,000 in start-up funds for her Socket Lock-It product.

As first-place winner, Gehlhausen received $1,500 to continue work on her business ventures. These funds, combined with the $5,000 prize she won in a competition hosted by Collegiate Entrepreneur’s Organization and the $10,000 in start-up funds from HPU’s Business Plan Competition, served as a launching pad for her businesses.

“Being an entrepreneur is so much bigger than myself,” Gehlhausen said. “It’s about helping others and sharing my personal experience and expertise. I’m excited to pay forward the generosity that these competition directors, judges, HPU and my professors have shown me, because that is the true beauty of being an entrepreneur.”

Rep. John Faircloth, a High Point Republican, introduced a bill to raise the allocation to $3.9 million. The increase would be split evenly between transportation and marketing uses.

Faircloth said the Market Authority needs the additional money to help recover from the impact of the coronavirus pandemic, which led to cancellation of the world’s largest home furnishings trade show last spring.

“This is our bipartisan proposal by the representatives here in Guilford County,” he said. “We think it’s time that the Market was once again recognized as one of the greatest business ventures in the U.S., certainly in North Carolina. So it’s incumbent upon us as a state to support this business.”

Market Authority President and CEO Tom Conley said the organization hasn’t had a funding increase for the transportation services it provides people who attend Market in about 10 years.

“The cost of transportation, just in terms of buses and fuel and all that, has just skyrocketed in the past 10 years or so,” he said. “We always have to add more dollars to the state dollars just to do the kind of transportation job that we have to do.”

The largest economic event in the state, Market typically draws about 75,000 people to High Point twice a year, but attendance was down about 60% at the most recent trade show, in October 2020, due to the pandemic.

Organizers postponed the spring Market this year from April to June to allow more time for COVID-19 vaccinations and for the industry to recover from supply shortages and disruptions to product manufacturing and shipping.

“From a marketing perspective, we’ve got a lot of recovery work that we have to do to bring the twice-a-year Market back to the status that it had in the past,” Conley said.

The Market Authority got $725,000 in federal COVID-19 relief funds through the state for the October Market and spent all of it on coronavirus safety measures, he said.

Conley expects about $250,000 to be spent for the same purpose at Market in June.

He said he hopes state leaders will make the proposed additional money a recurring appropriation.

Faircloth said it’s too soon to tell whether this will be the case.

He said he expects the bill to go to the House Appropriations Committee, which he co-chairs, for consideration before hopefully gaining approval by the full chamber and then proceeding to the Senate.

HIGH POINT — A High Point packaging manufacturer is in hiring mode as it gears up for another expansion.

Packrite expects to begin installing $2.5 million worth of new equipment in its plant in July, said Michael Drummond, president, chief operating officer and manager of the company.

He said he’s looking to add at least 20 jobs to Packrite’s workforce, which currently numbers more than 100.

“We just keep growing,” Drummond said. “We started with 18 people in 2008. I’d love to have 150 by the end of the year. The biggest challenge we’ve got today is finding people that want to work.”

Packrite makes high-graphic corrugated packaging for use in the production of boxes for a variety of products found in retail outlets such as Lowe’s, Home Depot, Sam’s Club and Costco.

“Really, it’s the variety of packages that we do and the innovation we provide,” Drummond said in explaining what’s driving the company’s growth. “We’ve got the state-of-the-art equipment in the world.”

The upcoming expansion won’t entail an addition to the building, but will involve a new gluer machine and peripheral equipment that will expand the plant’s capabilities.

Drummond said the company is looking to fill positions in customer service and human resources and is looking for manufacturing technicians. 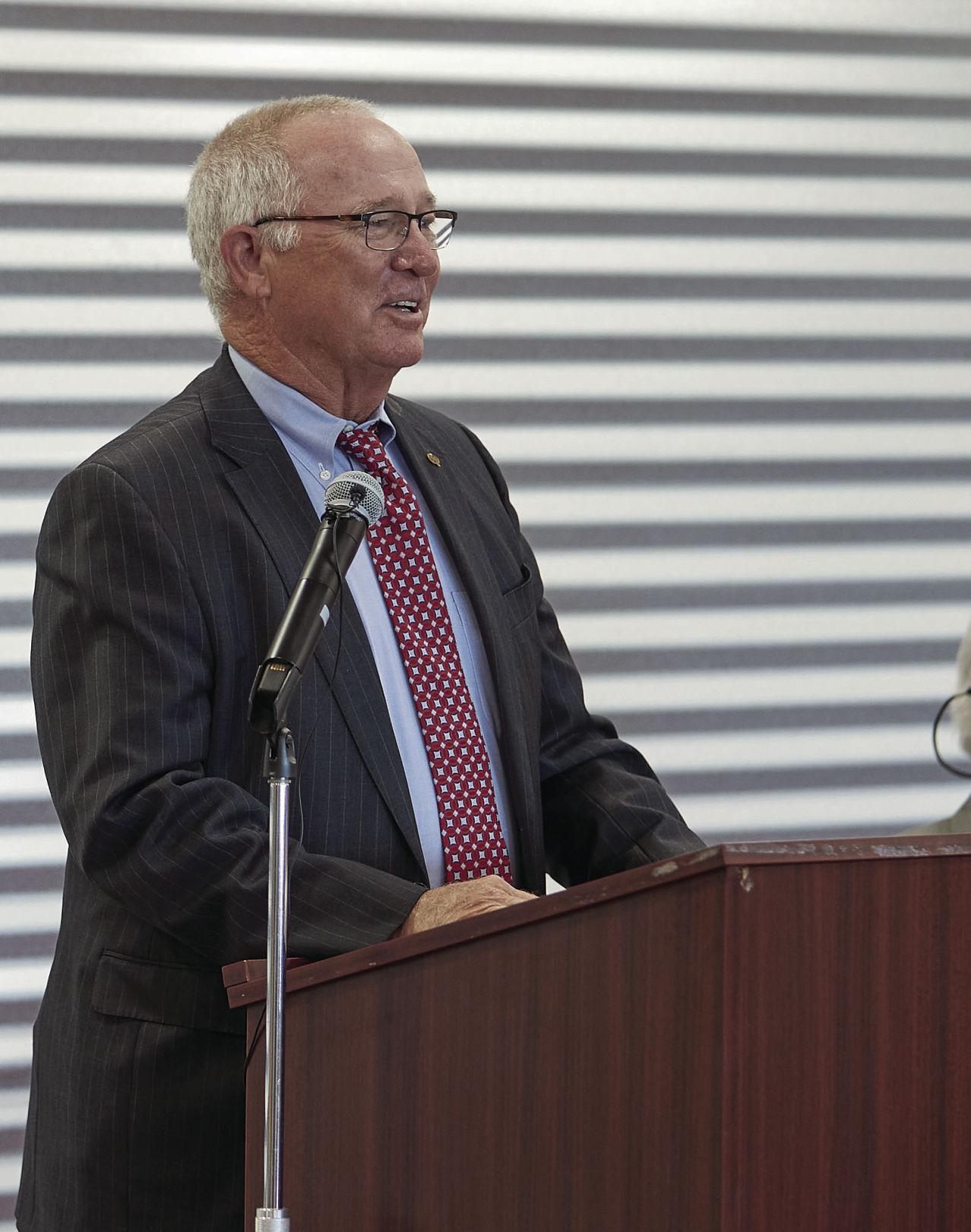