HIGH POINT — A local legislator is part of an effort in the N.C. General Assembly to make all public school meals free.

The effort carries an estimated price tag of $200 million. The legislation would give North Carolina taxpayers the option of voluntarily contributing $3 through their state income tax filing to defer part of the expense.

The expansion of free school meals set up through the bill would cover 563,000 students, according to Brockman’s legislative office.

“By providing for universal student meals, we can eliminate any unnecessary distinction between students and make concepts like school lunch debt a thing of the past,” Brockman said. “This initiative can be one big step toward the kind of school environment we need to guarantee every student’s success.”

“It’s just the right thing to do,” Irby told The High Point Enterprise. “It would definitely help to solve a problem with food insecurity.”

Brockman said that free meals for all students would reduce administrative burdens on school districts, parents and their children.

Among the local cosponsors of House Bill 550 are Reps. Amos Quick, D-Guilford, and Pricey Harrison, D-Guilford.

HIGH POINT — City leaders say they have goals for a proposed High Point marketing campaign, but details — including who will fund and develop it — are yet to be worked out.

The idea was first proposed in February 2020 as a City Council strategic priority to engage more people in things such as the downtown stadium.

Councilman Michael Holmes, who chairs a task force leading the initiative, said the next step is to decide whether the city’s marketing personnel will guide the campaign or an outside consultant needs to be hired, and what, if any, city funding should be budgeted for the effort.

“I think we discovered early that there were so many different campaigns focused on either the downtown or a specific niche within the city,” Holmes said. “I think what we arrived at is, this effort needs to unify all the campaigns that are currently underway.”

Councilman Cyril Jefferson said he thinks the city needs to show the same kind of boldness it did in developing Truist Point in trying to attract people there.

“There’s no sense in investing millions of dollars downtown and we’re not getting folks coming and taking full advantage of it,” he said. “We don’t want to make the assumption that if we build it, they will come.”

He said the marketing campaign needs to reach the heavily populated areas of north High Point.

“We’ve got plenty of people who are north of 311, who are up 68 near the Palladium, lots of folks in Ward 5 and Ward 6 who, when you talk to them, are saying, ‘We just don’t know much about what’s going on downtown,’ ” said Jefferson. “We’ve got to find a way to attract those folks.”

Forward High Point, the downtown development agency, is working on its own marketing strategy for concerts, festivals and other events being planned once coronavirus pandemic restrictions are eased, Executive Director Ray Gibbs said.

“We’ve put together an aggressive plan we’d like to implement, which would see downtown events almost every other week from June to November,” Gibbs said. “We think we have to come out of COVID hard to get people coming back to downtown.”

Forward High Point would like to hold the events in different locations throughout downtown, but budget cuts have left the agency with funding only for its operations, Gibbs said.

The agency is asking the city and Guilford County for help with funding to put on events, he said.

City officials said they will examine the capacity of the Communications and Public Engagement Department to take on all or parts of the marketing campaign. 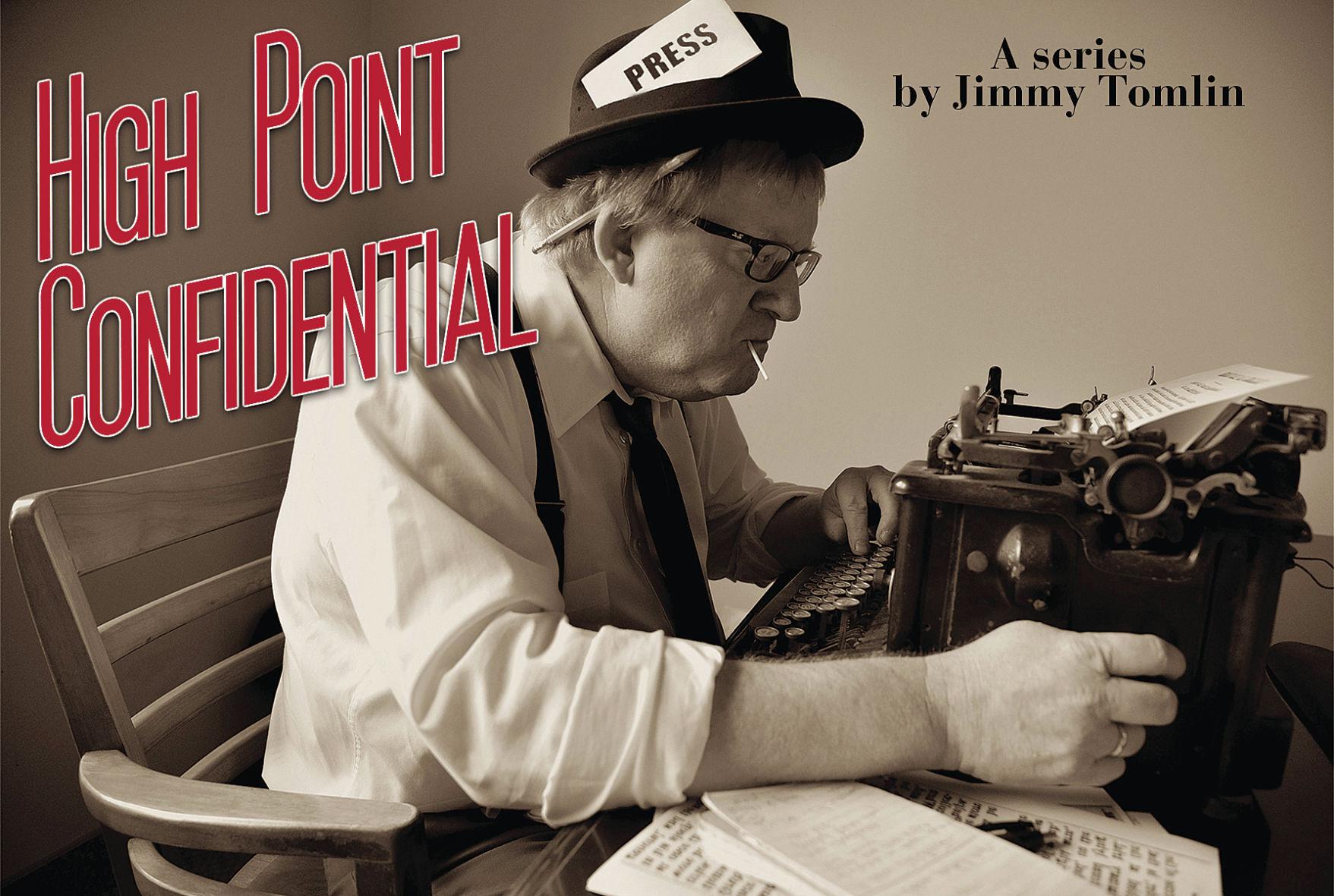 Walter Kincaid, a 22-year-old convict from High Point, was shot to death by a prison guard on July 27, 1960. The guard claimed Kincaid was trying to escape.

The High Point Enterprise and other North Carolina newspapers reported that Walter Kincaid was shot to death by a prison guard while trying to escape from an inmate work crew.

EDITOR’S NOTE: This is the first story in a two-part High Point Confidential series.

The oppressive heat of summer will do strange things to a man. So, too, will the allure of freedom to a man who has none.

Still, during the summer of 1960, when Walter Kincaid’s family learned the 22-year-old convict from High Point had tried to escape from an inmate road crew — and had been gunned down by a prison guard as he fled — they couldn’t believe it.

Why would he run? Granted, Kincaid was no choirboy — he’d been in and out of trouble, and in and out of prison, since he was 17 — but he’d never tried to escape. It seemed too risky. Just bide your time and keep your nose clean, he told himself, and you’ll be out soon enough.

And he would’ve been. Only a few days earlier, Kincaid — who was serving 18 months at Orange County Prison Camp in Hillsborough for receiving stolen goods — had written a letter to his mother back in High Point, telling her he’d been a model inmate and should be released from the medium-security prison in early December.

“Don’t worry,” Kincaid wrote, “I will finish my time.”

He concluded by asking his mother to bring him some of her famous banana pudding on her next visit to the prison.

Confidentially, those don’t exactly sound like the words of someone planning an escape.

Nonetheless, The High Point Enterprise and other newspapers reported that during the late-morning hours of July 27, 1960, Kincaid and a crew of fellow inmates were walking along a stretch of rural N.C. 86 in Hillsborough when Kincaid apparently tried to escape. Prison guard James A. Caulder Jr. stopped the fleeing inmate in his tracks with a shotgun blast to the back of the head.

According to newspaper accounts, Caulder told prison authorities he shouted repeatedly for Kincaid to halt, but the inmate ignored him. When Kincaid reached the top of a road embankment, Caulder continued, he shot him. An ambulance was summoned immediately, but Kincaid was already dead by the time it got there.

State prisons director George Randall confirmed Caulder’s version of what had happened. Likewise, when the Orange County coroner empaneled a jury, the jury determined Kincaid had been shot and killed while trying to escape, thereby absolving the guard of any blame in the death.

“I was only 7 when it happened, but I remember it,” says Bobby Spillers, Kincaid’s nephew, who lives in Jamestown.

“The whole family was just devastated. I remember going with my mom and dad out to the road where it happened. They had been told that Walter wasn’t actually running — he was just going to pick a plum — so they were trying to figure out how it could’ve happened. And that’s a good question: If he was running, why would he run to a plum tree?”

That December, Kincaid’s brother Jack — also of High Point — told The Enterprise he had conducted his own investigation after becoming frustrated that the prison guard hadn’t been charged. During Jack’s investigation, he claimed to have contacted a farmer who had passed by the scene of the killing shortly after it happened.

“The farmer, according to the brother, said he saw several plums lying near the dead youth’s hands,” The Enterprise reported, confirming the story that Kincaid was merely picking plums when he was killed.

Family members repeatedly protested that Walter Kincaid had “died for a plum,” a phrase The Enterprise used to headline a story about the case.

Their message didn’t seem to be getting through, however. On two occasions — in December 1960 and again in March 1961 — the Orange County grand jury refused to indict the prison guard. The second time, the jurors issued a statement explaining they were “unanimous in their conviction that the prisoner, Walter Kincaid, was breaking prison regulations and that the guard, James A. Caulder Jr., fired in the line of duty.”

That seemed pretty conclusive, except for one little problem. According to The Enterprise, both times when the grand jury convened, they failed to call some of the most crucial witnesses — the other inmates.

EDITOR’S NOTE: Part two of “Con on the Run” will be published in Tuesday’s High Point Enterprise.