High Point University has celebrated Veterans Day for 10 years with gatherings similar to the one pictured here. No large gatherings are allowed now because of the ongoing pandemic. 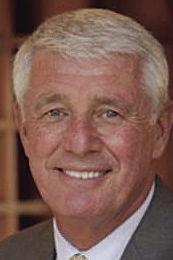 HIGH POINT — High Point University is partnering with the War Memorial Foundation, which supports the Carolina Field of Honor, to host a virtual Veterans Day celebration.

“HPU and the War Memorial Foundation won’t let the global pandemic hinder us from enthusiastically honoring the men and women who secured the freedoms we all enjoy,” Qubein said. “HPU is a God, family and country school, and we look forward to recognizing their service and extending our deepest gratitude to them, just as we do every year.”

HPU and the War Memorial Foundation traditionally hold annual, large-scale events to honor the men and women who served the country, but their respective events can’t be held in person this year due to the pandemic.

Retired Marine Lt. Col. Scott Mathews, chairman of the War Memorial Foundation, said the organization members always look forward to honoring all of its veterans at the Carolina Field of Honor on Veterans Day.

“But the safety of all who attend is our first priority,” Matthews said. “So this year, we will livestream the program so that everyone can participate in this patriotic event to honor our heroes.”

The event will include a special message from Lt. Gen. Robert VanAntwerp, a retired three-star general. The program will also include greetings from Qubein, Matthews, Tom Dayvault, a board member for the War Memorial Foundation/Carolina Field of Honor and past speakers. In addition, the event will feature special music, color guard, a message from HPU students and other commemorative activities to honor all those who serve, past and present, Dayvault said.

“If we were not in a pandemic, certainly all of our board members would much prefer a live event rather than using technology,” Dayvault said. “But honoring those who have served and are continuing to serve our country is paramount. We hope everyone will join us as we say thank you to those who preserve our freedoms and protect our nation.”

As is tradition, High Point University will also donate about 100 American flags to local schools, nonprofits and government buildings in honor of Veterans Day. Community organizations can request a complimentary flag by contacting communication@highpoint.edu.

For his Eagle Scout project, High Point teenager Ian Woody created dozens of signs to enhance handicap parking space signs around town, using photos of disabled people in the community who rely on the parking spaces. Each sign includes the reminder, “Think Of Me, Keep It Free.”

What once was a source of frustration became a source of inspiration for a High Point teenager who recently received his Eagle Scout award.

Ian Woody, a member of Boy Scout Troop 20 at First Presbyterian Church, earned his Eagle Scout distinction for a project in which he enhanced handicap parking spaces around town by adding photos of some of the individuals who actually need to use such spaces.

“My idea was to humanize the signs so people would think twice before parking in the handicap parking spaces,” explains Ian, a 17-year-old senior at the Early/Middle College at GTCC-Jamestown.

The idea grew out of the frustration Ian used to experience when he went somewhere with his grandmother, the late Margie Woody, who had a disability parking placard because she was on oxygen.

“Nine times out of 10, we would not be able to get a handicap space because someone who didn’t have a permit had parked in that space,” Ian says. “We would end up having to park at the other end of the parking lot.”

So Ian came up with the idea of putting a human face on the issue — literally — with the hope that people might realize how their actions negatively affect the disabled community when they take those parking spaces.

He lined up five models from the High Point community — Jim and Bertha McGee, John Fisher, Richard Holland and Daniel Byrd — all of whom have disabilities and have placards allowing them to park legally in handicap parking spaces. He photographed the models and converted their photos into signs — 35 of them — that he installed beneath the traditional handicap parking signs. Each sign includes the words “Think Of Me, Keep It Free,” a reminder to save the handicap spaces for those who need them.

“I also gave signs to the five volunteer models as a thank-you for helping me out with my project,” Ian says.

The son of Ken and Kacy Woody, Ian has been in scouting for about 10 years, and says earning his Eagle Scout award is “something I’ve had my eye on ever since I started.”

In addition to receiving his Eagle Scout award, Ian was publicly recognized for his achievement at Monday’s meeting of the High Point City Council.

The Department of Transportation is planning to widen part of Eastchester between Hickswood and Gallimore Dairy roads. Construction will begin later this decade.

HIGH POINT — The N.C. Department of Transportation has started a long-range project to widen part of Eastchester Drive in north High Point, though work wouldn’t begin until the latter part of this decade.

The proposal would involve widening the four-lane road by adding one lane in each direction. The project also would include reworking the busy intersection of Eastchester at Skeet Club Road and Wendover Avenue.

“The purpose of this project is to address existing and projected congestion and to improve mobility and traffic flow,” according to the DOT.

The project would cover 3.4 miles of Eastchester. The section has between 30,000 and 45,000 vehicles per day at different points, according to most recent traffic counts.

The Eastchester widening is included in the DOT’s State Transportation Improvement Program and is funded for $69.1 million. But work wouldn’t start until the second half of this decade.

The current schedule calls for completing an environmental assessment four years from now, acquiring right-of-way in 2026 and starting construction in 2028.

“Though construction is set for 2028, it takes considerable time to finish environmental clearance and obtain right of way,” Moody told The High Point Enterprise. “With this public hearing process complete, it will be a better candidate for acceleration in the future if that opportunity arises.”

The DOT said the project could involve purchasing property along the roadway.

“Although the N.C. Department of Transportation works to minimize the number of homes and businesses displaced by a road project, it is inevitable, in many cases, that a certain amount of private property is needed,” DOT officials say.

Public comments on the project, which began being accepted in late October, can be made by Nov. 23 through the website https://publicinput.com/NC68-HighPoint.

Initial plans for the Eastchester widening date back at least 10 years in state transportation planning documents.

Anyone who wants to comment on a long-range plan to widen part of Eastchester Drive in north High Point can email the N.C. Department of Transportation at NC68-HighPoint@PublicInput.com or call 855-925-2801 and enter project code 4871 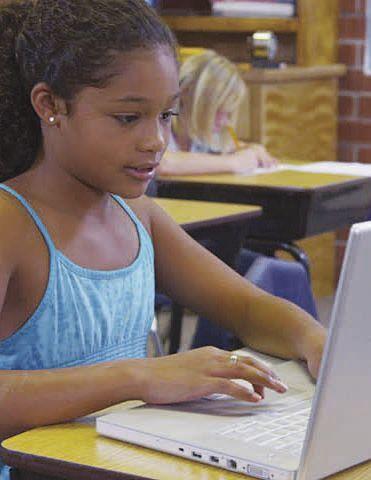