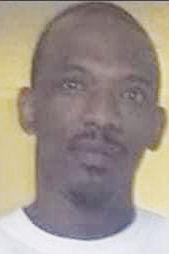 THOMASVILLE — A house fire that killed a woman and her adult son Monday night has been ruled to have started by accident.

Investigators with Thomasville Fire and Rescue continue to sift through the remains of the house at 107 Carolina Ave. but have found no evidence of arson, Interim Fire Chief Jason Myers said Thursday. The fire department isn’t releasing information about where the fire started because the investigation is continuing.

The two victims of the fire were Linda Smith Hopkins, 61, and Clifton David Hopkins, 47, according to a Thomasville Police Department incident report. Both are listed as residents of the house.

The family is devastated by the tragedy, said Ziyahta Cockrane, a granddaughter of Linda Hopkins. Linda Hopkins’ husband, 63-year-old James Anthony Hopkins, wasn’t at home when the fire started because he was working, Cockrane told The High Point Enterprise.

“It’s a really emotional time,” said Cockrane, who lives in the Tyro community of Davidson County. “I was shocked — there’s never been a problem with the house.”

The local chapter of the American Red Cross is helping James Hopkins with a temporary place to live. But in addition to the death of his loved ones, James Hopkins lost all his possessions in the fire.

“He has no clothes, he has nothing,” Cockrane said.

Cockrane established a page on the fundraising website Go Fund Me earlier this week for her grandfather. The goal is to raise at least $1,000, and as of Thursday afternoon $100 had been pledged. The title of the Go Fund Me page is, “To get clothes because I lost everything.”

The family will hold a vigil at 6 p.m. Saturday outside the house along Carolina Avenue. Donations will be accepted, Cockrane said, and well-wishers can leave flowers at the scene at any time.

The fire was reported shortly before 9:25 p.m. Monday. When the first firefighters arrived at the single-story house, flames were shooting through the partially collapsed roof, and the fire was so hot it was melting siding on a neighboring residence. The police incident report lists the value of the house as $80,000.

Delores Harris, a volunteer at West End Ministries, pulls a bag of frozen fish sticks, the only meat available, from a cooler to be distributed to families in need at Thursday’s weekly drive-thru food giveaway. The food pantry at West End Ministries has a shortage on meat and other food supplies.

James Washington, left, and Norwood Hunter with West End Ministries on W. English Road distribute food to families in need at Thursday’s drive-thru food giveaway. Every Thursday, 2-4 p.m. or in emergency situations, neighbors can receive boxes of canned food and other food items that are equivalent to a week’s worth of groceries.

HIGH POINT — The line of people waiting for help every Thursday outside the West End Ministries food pantry on W. English Road has been like an inflation gauge.

The more food prices go up, the longer the line gets, said Brad Bowers, executive director of West End Ministries. Typically it now stretches across the parking lot.

Food pantries across the region can describe similar scenes, and for a variety of reasons the situation seems likely to get worse.

“Every food pantry is going to be facing this,” Bowers said. “We may just be one step ahead of the curve.”

One reason is that food supplies available to the pantries are tighter than they have been since the COVID-19 pandemic began, said Eric Aft, CEO of Second Harvest Food Bank of Northwest North Carolina, which provides 84% of the food distributed by food pantries in 18 counties, including the High Point region.

That’s because Congress did not renew pandemic-related emergency food assistance, dropping it back to pre-pandemic levels. That program accounts for a significant portion — varying from 15% to 30% — of the food that Second Harvest distributes, Aft said.

That change alone has amounted to nearly 7 million pounds less food since July 2021, a decline of more than 15%, he said.

That decline coincided with the rapid price inflation that began being felt late last year, which has driven more people to food pantries. From January through April, Second Harvest saw a 34% increase in requests for assistance, Aft said.

But some individual food pantries already have seen higher increases in demand than Aft reported. Bowers said since the start of 2022, West End Ministries has seen 50% more people come for food help, and he expects that by July the number will be double what it was at the same time last year.

Open Door Ministries also has seen a sharp increase in demand at its food pantry, though food pantry coordinator Stephanie White did not have numbers available. But she agreed that the effects of the reductions to Second Harvest are being felt.

“Some of our stuff that we get from there is in short supply,” she said.

Supplies of meat, in particular, are falling short of the need, so a group of High Point food pantries has banded together starting this week to buy meat to supplement the donations they receive, Bowers said.

“We may have to purchase some other items as well,” at least until school resumes in late August, he said. “It’s going to be a Band-Aid fix.”

Inflation also has had another negative effect: a reduction in private donations of food and cash as donors face higher bills. Aft said he encourages people to do whatever they can to help.

“We want people to be involved in any way they feel called to do,” he said. “Food and funds are both critical.”

If you need help or want to make a donation to a local food pantry, Second Harvest Food Bank of Northwest North Carolina has a database of location and contact information that can be searched by ZIP code at www.secondharvestnwnc.org/find-help

HIGH POINT — The city has expanded High Point’s new downtown social district to include some establishments that were beyond the initial boundaries.

Alcoholic beverages in specially approved cups are allowed on sidewalks in the social district, under a new state law.

The first version of the district in the city took effect April 21 in the immediate area around Truist Point stadium.

Initially, the city opted not to extend the boundaries across N. Main Street because of concerns about pedestrians crossing the busy street with drinks.

In another matter, the council accepted the resignation of Megan Oglesby from the One High Point Commission.

The council approved Constance Reynolds, who was serving as one of the alternates for the commission, to fill the vacancy, and Brenda Deets as the replacement alternate.

The choice was based on voting totals among the applicants for the 13-member commission, which is exploring whether there should be slavery reparations for Black residents.

The council approved the commission’s formation in February at the request of the High Point branch of the NAACP.

News
Arrest made in May 27 killing

HIGH POINT — A High Point man was arrested Thursday and charged in a May 27 fatal shooting.

Nigel D. Pegues, 28, was arrested about 7:15 a.m. at an apartment in the 2200 block of Shadow Valley Road by members of the U.S. Marshals Service Fugitive Task Force, the High Point Police Department said.

He is charged with first-degree murder in the death of Cornelius R. Woods Sr., 49, of High Point, who was shot once in the chest about 11:45 p.m. May 27 in the 500 block of Pendleton Court in east High Point.

Woods died at the scene of the shooting.

No other information about the shooting or the circumstances behind it has been released.

Woods’ death was the eighth homicide in the city so far this year.

Pegues was convicted in 2018 in Guilford County on two drug possession felonies but has no prior convictions on violent crime charges, according to the N.C. Department of Public Safety offender public information database.