HIGH POINT — The compromise state budget includes $12.4 million for High Point, ranging from a record amount of state support for the High Point Market to appropriations for a number of local nonprofits and community improvements.

Details on the city line items in the budget were released Thursday by Reps. John Faircloth, R-Guilford, and Cecil Brockman, D-Guilford, the only two High Pointers in the 170-member N.C. General Assembly.

The biggest-ticket item for High Point is $4.6 million for the High Point Market Authority, which organizes the world’s largest home furnishings trade show, the single-largest economic event in the state annually. The largest appropriation that the market authority had received previously was $3 million, which has been the amount for the past several fiscal years.

The market authority has used state funding to provide transportation services to marketgoers coming to and from the showroom district during the spring and fall trade shows and to promote the Market to potential visitors. Some of the extra state money will go toward helping Market organizers make adjustments because of the coronavirus pandemic.

Democratic Gov. Roy Cooper came to the fall trade show last month and reiterated the bipartisan support for the Market.

A Duke University study found that the Market has an estimated $6.7 billion economic impact on North Carolina each year. Prior to the coronavirus pandemic, the trade show drew 75,000 to 80,000 visitors from around the world.

Other High Point provisions in the state budget:

• The Generator at Congdon Yards — $2.8 million

The state budget, which will total $25.9 billion for the new fiscal year, was rolled out this week as a compromise between Cooper and Republican leaders in the General Assembly. The state has gone 2 1/2 years without a finalized, approved budget because of a logjam between Cooper and GOP legislative leaders.

“This compromise budget is a responsible approach to fulfilling our state’s financial obligations over the next biennium,” said Faircloth, a co-chairman of the powerful House Appropriations Committee. “This budget focuses on the needs that have been building since our last comprehensive budget and the added financial pressures of COVID-19.”

Brockman concurred, saying “this compromise budget serves the best interest for all North Carolinians. After ending the previous biennial without passing a budget, an all-or-nothing approach to this process would have left North Carolinians without a new budget.”

Twelve giant topiary animals were purchased by the children’s museum for its outdoor landscape, providing photo opportunities for parents and children.

Construction began in spring 2020 at the 4-acre site at 200 Montlieu Ave. in downtown High Point, and officials originally hoped the museum would open in fall 2021.

While the building is nearly finished, supply chain issues caused delays in obtaining materials needed to complete some of the exhibits, said Megan Ward, the museum’s executive director.

“We also considered that opening in cold winter months wouldn’t be as fun, and winter weather could interfere with grand opening celebrations, which will be spectacular,” Ward said. “Spring is a time for new beginnings, and this opening begins a new way in which children grow up in High Point. We’re using the extra time to prepare for our visitors and ensure the opening of the museum is a smooth and memorable experience for our community.”

Ward said the grand opening will be like a big party.

“My hopes for the opening are to make it a true celebration for our community,” Ward said. “We’re so excited that this will change the way kids grow up in High Point. They’re going to have meaningful, fun learning experiences that we haven’t had here before. Then we want to look at how we continue to grow and engage families and children to have a special, happy place in High Point every day.”

The experience of building during the ongoing pandemic was educational for the museum’s staff because of the extra health precautions it requires, Ward said.

“Children’s museums are really high-touch spaces and always filled with children and families,” Ward said. “Building during the pandemic allowed us to carefully consider our visitors’ safety and comfort when we were designing the spaces and exhibits.”

Additional fans were installed to keep the air fresh inside the massive building. Surfaces inside are designed to withstand rigorous disinfecting processes.

“We learned from what other museums were doing to adapt,” Ward said.

The grand opening will allow children and families to begin exploring 75,000 square feet of hands-on exhibits and programming. Following the grand opening weekend, the museum will be open Tuesdays-Sundays. Admission is $10 per person.

Exhibits at the children’s museum include:

• Kids Point, a kid-sized town modeled after High Point where children explore working at a veterinary clinic, a restaurant, a furniture design studio and more.

• Mars Academy, which invites children to imagine traveling to space to start their own Mars colony and explore the Mars terrain.

• The Hall of Mysteries, an eclectic home and laboratory that offers more than 150 clues to multiple mysteries to solve.

Also featured is an arcade, a STEAM lab (Science, Technology, Engineering, Arts and Math), a vertical climber, an Outdoor Adventure Zone, a theater and a double-decker carousel.

Museum board Chair Barry Kitley said, “I’m excited for the community to see Dr. Qubein’s commitment of a revitalized downtown come to life and to show the hard work that has made this magical space a reality.”

With the March opening about 100 days away, the museum’s staff has a chance to practice and polish its procedures, Ward said.

In addition to daily admission, The Nido & Mariana Qubein Children’s Museum will offer annual memberships, gift cards, programs, the chance to schedule birthday parties and field trips, and professional development for educators. For information on purchasing a gift card for the holidays, email friends@qubeinchildrensmuseum.org or contact Olivia Pekkala, director of marketing, at 336-905-8576.

Shatasha Whitted with the housing authority stands next to the some of the donated toys for the Holiday Toy Drive that were collected at Thursday’s annual luncheon. Donations will be accepted through Dec. 8.

Angela McGill, authority executive director, said her staff had been disappointed last year when ongoing pandemic protocols had prevented gathering for the luncheon. Staff members prepared all the food while High Point University provided the turkey and ham. The housing authority invited as many partner agencies as possible, McGill said.

“We want to be a blessing to those who have been a blessing to us,” McGill said. “We couldn’t do our jobs the way we do if we didn’t have the support of the community.”

Working with a housing authority that oversees about 15 public housing developments and provides annual Section 8 HCV rental assistance to more than 1,800 households within the community is a challenging occupation, she said.

“You’ve got to have passionate people who really care about what we’re doing to empower our families,” McGill said. “We understand the word ‘serve’ but we would rather use the word ‘empower.’ All of these organizations and the people in the community are just fuel to our efforts to make sure that we are creating an environment of empowerment.”

GUILFORD COUNTY — The Guilford County Board of Commissioners showed its intention to support new and improved school buildings Thursday night by moving forward with a combination of funding strategies.

The board approved directing its staff to complete an application to the N.C. Local Government Commission for approval to issue general obligation bonds of up to $1.7 billion to pay for school construction and renovations. The board set a public hearing for its next meeting on Dec. 2.

The board also voted 8-1 to adopt a resolution that would add a quarter-cent sales tax to the ballot in the March 8, 2022, voter referendum. Last month, the commissioners again asked the state General Assembly to change the language on voters’ ballots to designate revenue from the proposed sales tax specifically for the schools. County Attorney Mark Payne explained the wording is needed to answer voters’ questions and assure them how the money will be spent.

Board member James Upchurch agreed the wording is crucial as he cast the sole vote against adding the sales tax to the ballot. He said he wanted to wait until the board’s Dec. 2 meeting in order to allow the General Assembly more time to change the language on the ballot to specify that the funds would be used for school facilities. County voters have voted against a sales tax increase the last four times, he noted.

Board member Carly Cooke said it’s the county’s responsibility to maintain school buildings. A sales tax would share that burden with consumers who spend money in Guilford County rather than simply property owners.

Vice Chair Carvena Foster also spoke in support of letting voters decide whether to approve the sales tax as a way to pay for school maintenance.

“While we keep ignoring the needs of our schools, our children and families in our communities suffer,” Foster said. “I think we should put this on the ballot and give the citizens of Guilford County the opportunity to vote it up or vote it down. We have to do a much better job of educating our community on why we need the quarter-cent sales tax.”

Board member Carolyn Coleman urged support from grandparents and others who don’t have children in schools to do everything they can to help provide schools that are appropriate for learning.

“Someone paid for the schools when we attended school,” Coleman said. “Some of these schools haven’t been rehabilitated since we were in schools.”

Board member Justin Conrad noted he had supported a quarter-cent sales tax when the previous board put it on the ballot. He agreed with Upchurch’s concerns and Cooke’s comments that it provides voters more choice.

Board member Mary Beth Murphy said it’s clear the county has a statutory obligation to maintain the public school facilities and that it has fallen short. Murphy said she hopes the county will move quickly to educate voters about how this fraction of a penny increase in local sales tax has the potential to create tremendous improvements in Guilford County Schools.

“The school system needs are quite large and will require a significant investment to provide adequate schools for the children of our community,” Murphy said. “This is a fiscally responsible way to seek input in a democratic process from our constituents, the citizens of Guilford County, and to ensure that our economic policies at the county are carried forward in a way that make this manageable and allow us to move forward on projects beyond our obligations to the schools.”

During a work session earlier Thursday, the board voted unanimously to approve a list of maintenance needs with the intention of paying the $41 million cost through two-thirds bonds funding.

County Manager Michael Halford had recommended the board approve the county projects and authorize county staff to move forward. Inflation is rapidly increasing the costs from 15% to 40%, he said. 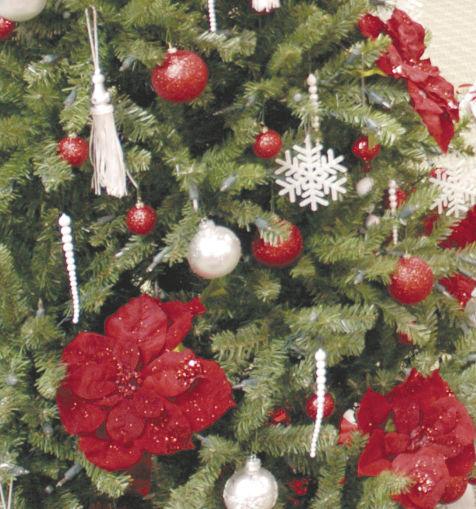