Coco Gauff of the US plays a return to Russia's Elena Vesnina during the women's singles second round match on day four of the Wimbledon Tennis Championships in London, Thursday July 1, 2021. (AP Photo/Alberto Pezzali)

TRIAD — Want a chance to make a difference directly in your city or town? You have that opportunity starting today.

The candidate filing period for most of this fall’s local elections begins at noon. Candidates can file for mayor or seats on city or town councils through noon July 16.

Among the area cities and towns set to have general elections Nov. 2 are Trinity, Thomasville, Wallburg, Jamestown and Midway.

However, the candidate filing period will be separate for Trinity, with the dates July 26-Aug. 13. Trinity has a separate filing period because City Council candidates file based on their residency in a ward, though all voters in the northern Randolph County city cast ballots for each office.

Statewide, more than 460 municipalities are set to hold local elections this fall, according to the N.C. State Board of Elections.

“Service at the municipal level often has the most direct impact on the communities in which we live. We hope many candidates sign up to run for local office this year,” said Karen Brinson Bell, executive director of the state elections board. “We also encourage eligible individuals across the state to register and vote in their local elections.”

The deadline to register to vote — if you aren’t already registered — is Oct. 8 to cast a ballot on Election Day. Voters also can same-day register and cast a ballot during general election early voting Oct. 14-30.

Not all area cities and towns hold local elections this year.

High Point won’t hold elections because the city is now on a schedule in which all of the council members are elected at once every four years, meaning the next elections won’t take place until the fall of 2023.

Archdale won’t hold city elections until the fall of 2022 because it is are one of the few municipalities in North Carolina that regularly stages its local elections in even-numbered years.

Greensboro and Lexington are the only area municipalities among more than 30 statewide that will have their local elections delayed into early next year. The delay will give the municipalities time to review new census population data, which is arriving later than usual, so they can redraw local districts.

Greensboro will stage any primary elections March 8, with the city’s general election either April 26 or May 17, depending on the date of runoffs for the 2022 elections.

Because Trinity council ward races are decided at-large by all city residents, the Trinity election won’t be delayed because of the census reapportionment issue.

Municipal elections in the area are nonpartisan, meaning the party affiliation of the candidates doesn’t appear on the ballot.

For more information about filing as a candidate or questions about voting, call your local board of elections office:

The Christ United congregation had rented space from First Baptist Church while taking time to discern its options, said the Rev. Willis Greene of First United Methodist Church. The church could have bought property and built something new, it could have merged with another church, or it could have closed, Greene said.

“They didn’t want to immediately merge because they wanted to figure out where God was calling them,” Greene said.

Christ United members visited with First United’s congregation and another congregation in the area before they chose to merge.

“We’re delighted,” Greene said. “This past Sunday was our celebration where we had our first Sunday together. The sanctuary was packed. There was so much energy and excitement. It was thrilling. It was one of the most exciting things I’ve encountered in my 27 years of ministry. For me, it was a wonderful representation of collaboration and building community rather than competition between churches.”

The Rev. Keith Sexton, who formerly led Christ United, wasn’t able to attend Sunday because he was appointed to another Methodist church in Roanoke Rapids, but he said he heard things went well.

“From all accounts from what I can tell, it was a great day with lots of people there,” Sexton said. “Finding the right path isn’t always quick or easy, but doing the hard work of praying and talking and waiting usually gets the best result.”

The ongoing pandemic did not change the Christ United congregation’s decision-making process while the church continued with its pantry and worship, he said.

“We, like everyone else, stumbled with how to get livestreamed worship going, but it worked,” Sexton said. “It wasn’t the pandemic that made this decision happen. It was the process. It was the praying. It was the discernment. I’m convinced that this is what God desired for us — to be together, stronger, bolder in our work.”

As church members waited, prayed and considered the options, more came to see this as the best approach, Sexton said.

“The charge conference that has the authority voted unanimously for this,” Sexton said. “I think in the end, those who waited on the Lord were behind this.”

“Our hope is that, post-pandemic, Christ’s Little Acorns will see their numbers rise again, and on that corner between First Methodist and First Baptist, we’ll see more families served because two preschools exist rather than one,” Sexton said. 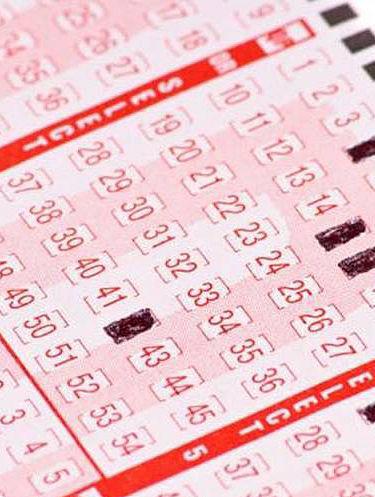