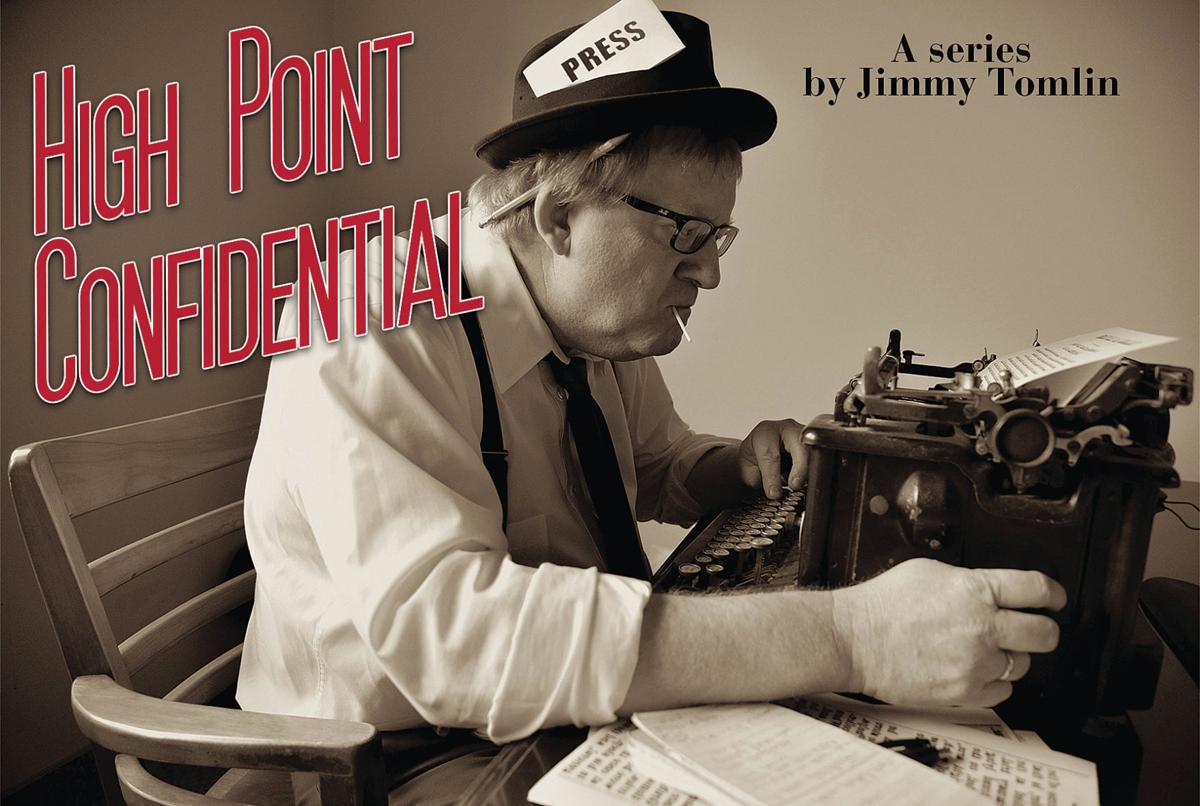 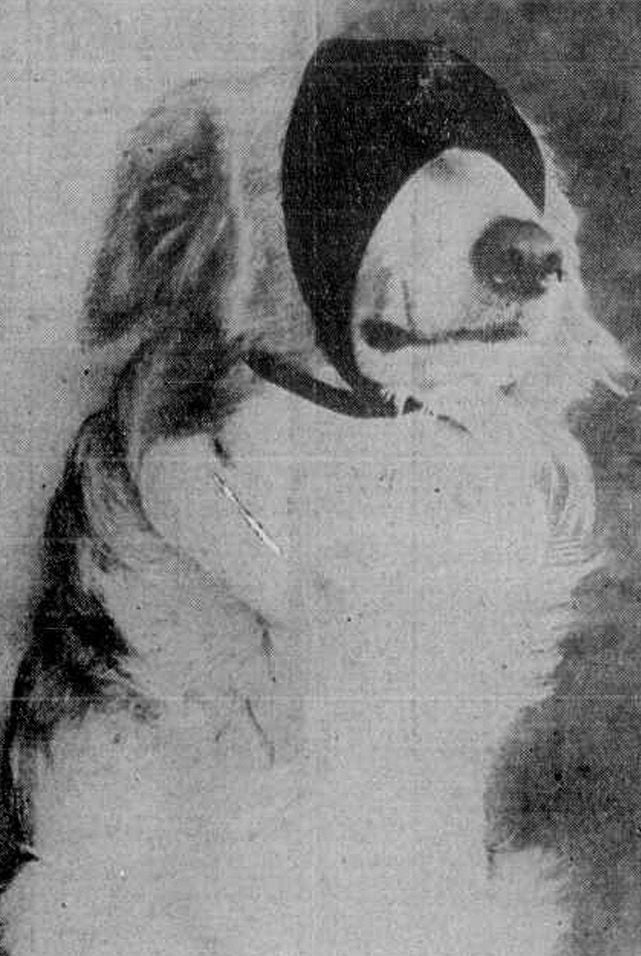 SPECIAL | HPE Why would The High Point Enterprise publish a photo of a blindfolded dog named Bozo? Because that dog, billed as the world’s only mind-reading dog, came to High Point in 1937. 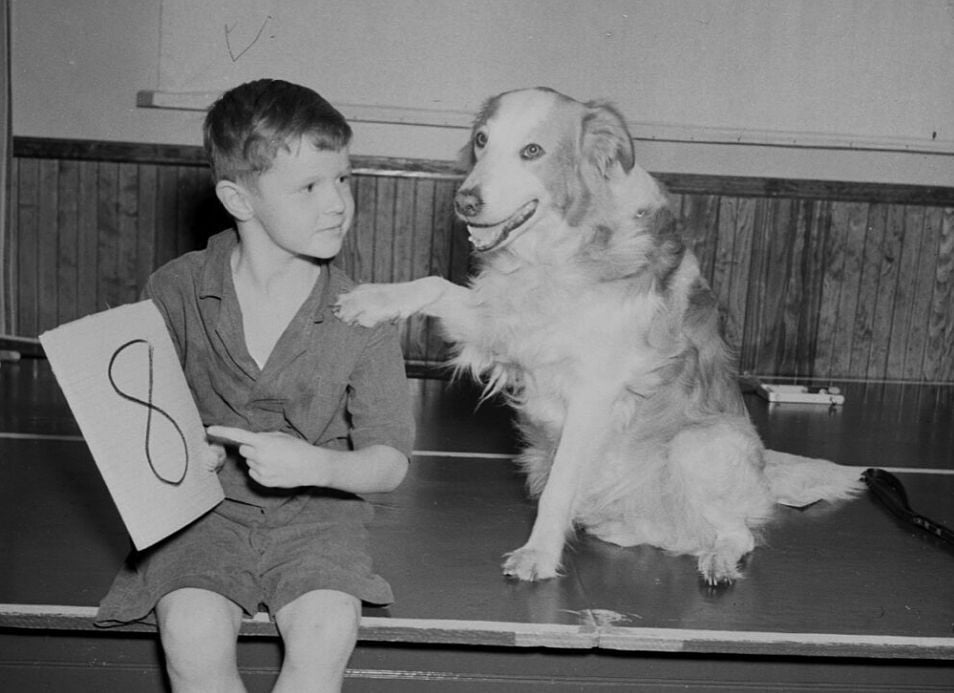 SPECIAL | HPE Bozo, billed as the world’s only mind-reading dog, traveled the country performing his amazing feats. He’s pictured here during an appearance in Portland, Oregon.

SPECIAL | HPE Why would The High Point Enterprise publish a photo of a blindfolded dog named Bozo? Because that dog, billed as the world’s only mind-reading dog, came to High Point in 1937.

SPECIAL | HPE Bozo, billed as the world’s only mind-reading dog, traveled the country performing his amazing feats. He’s pictured here during an appearance in Portland, Oregon.

How much money would you pay to go see a mind reading dog?

What if we told you the dog was performing for free?

That’s what High Pointers were treated to one week more than 80 years ago, when the city was visited by Bozo, a 7-year-old collie mix billed as the world’s only mind reading dog. Bozo came to town in April 1937 for three days of promotional appearances at local businesses, where he demonstrated his psychic abilities.

Bozo was a veteran of the performance world by the time he got to High Point, having amazed audiences all over the country. One newspaper wrote: “Blindfolded, Bozo can tell the number of buttons on your vest … and if your wife forgot to sew on a couple, he can tell that, too. He can tell your father the number of times you played hooky from school. He can tell your wife the exact hour at which you came home from the party.”

Bozo’s first stop in High Point was The High Point Enterprise, because his owner and trainer — a natural-born showman named Capt. E.C. Lower — knew that if the local newspaper published a story about his amazing dog, people from all over town would come watch his performances.

Sure enough, Bozo wowed the Enterprise staffers with his ability to add, subtract, multiply and divide, barking the correct answer to every math problem thrown his way. Lower even allowed the newspaper employees to call out the problem, to prove the dog’s answers were not somehow being prompted by his master’s voice.

And that was just the warm-up act.

The paranormal pooch even performed card tricks. An Enterprise staff member shuffled an ordinary deck of playing cards and then, at Lower’s instruction, randomly named a card for Bozo to locate — the four of diamonds.

Following his impressive show at The Enterprise, Bozo made scheduled appearances at Troxler Furniture Co., Ring Drug Co., Garland Motors and as a between-bout attraction at the High Point Wrestling Arena. At Troxler, Bozo actually showed off his mind reading skills while locked inside a large refrigerator, simulating a similar trick in which scientists locked him in a bank vault to see if he could still read minds from behind closed doors.

And at Garland Motors, The Enterprise reported, “he will tell you anything you ask about the new DeSoto and Plymouth cars while blindfolded.”

The Enterprise apparently never reported the size of the crowds that came out to see Bozo, but we’re guessing they were large. For one thing, there probably wasn’t a whole lot to do in High Point in 1937.

More than that, though, Bozo was one of the biggest celebrities ever to pass through High Point. In his 12 years of touring the country, he performed for an estimated 45 million people, including President Franklin D. Roosevelt and countless other celebrities. Robert Ripley, of “Ripley’s Believe It Or Not!” fame, spent nearly three hours with the dog and determined him amazing enough to feature in his famous “Believe It Or Not!” cartoon. RCA Radio signed him to a contract.

When Bozo died in 1943, at the age of 14, he left quite an incredible legacy, especially for a dog. After all, how many dogs do you think there have been that could do the things this dog could do?