Mark Norcross welcomes and thanks those who came, while Rena looks on. Mark and Rena have raised over $2.5 million for research, education and grants to help people unable to afford care for MS.

Carson and Natalie Norcross are pictured with special speaker Camerone Parker McCulloch, and Rena and Mark Norcross at the 20th annual MS Luncheon, “Walk the Runway.” 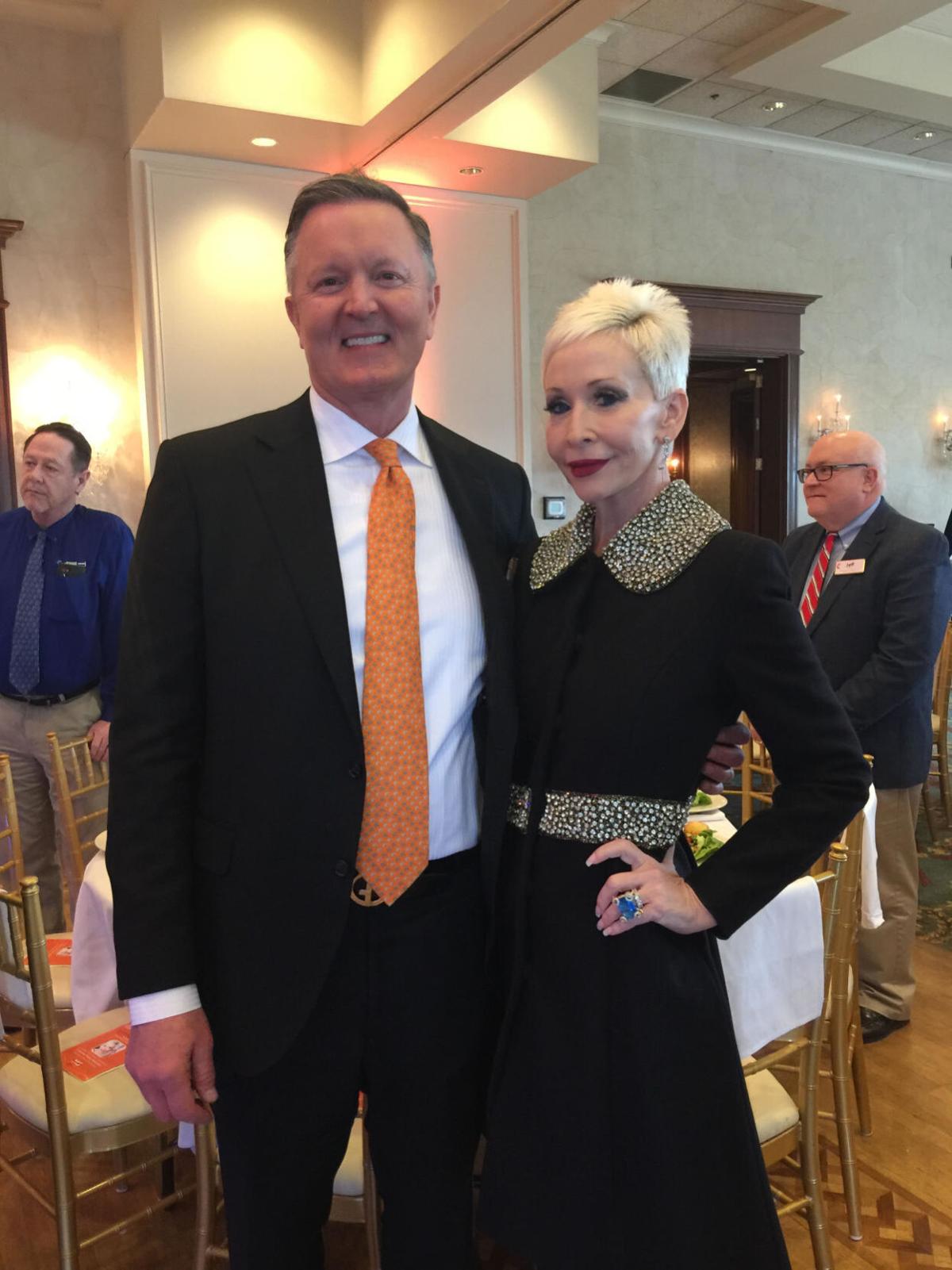 Dr. Robert McCulloch accompanied his wife, Camerone Parker McCulloch, to the 20th annual MS Luncheon, “The Runway of Life,” where she was the guest speaker. 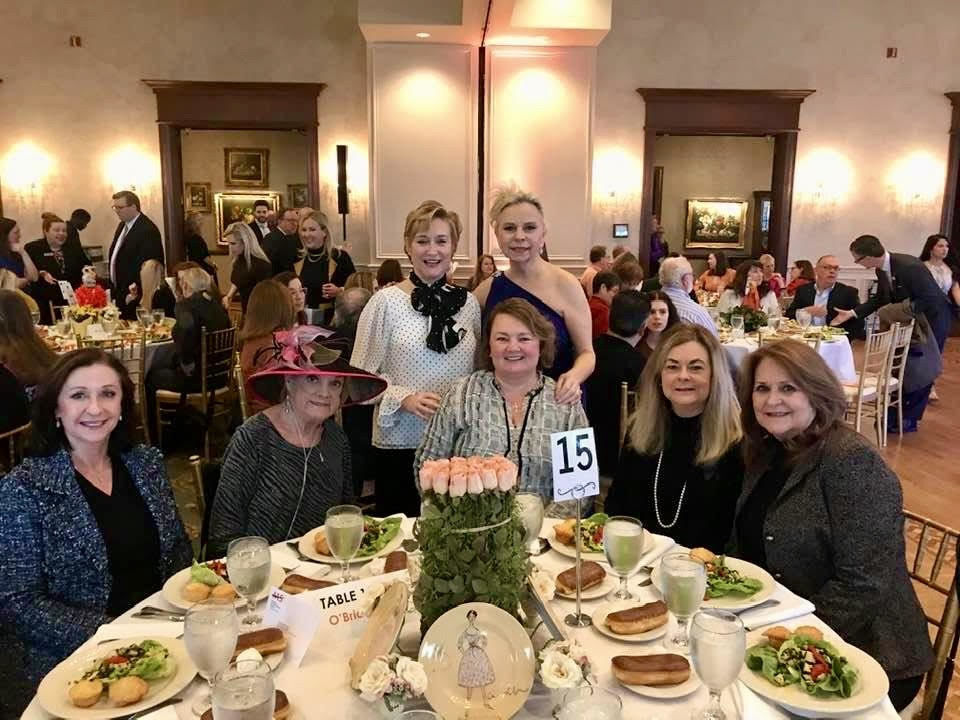 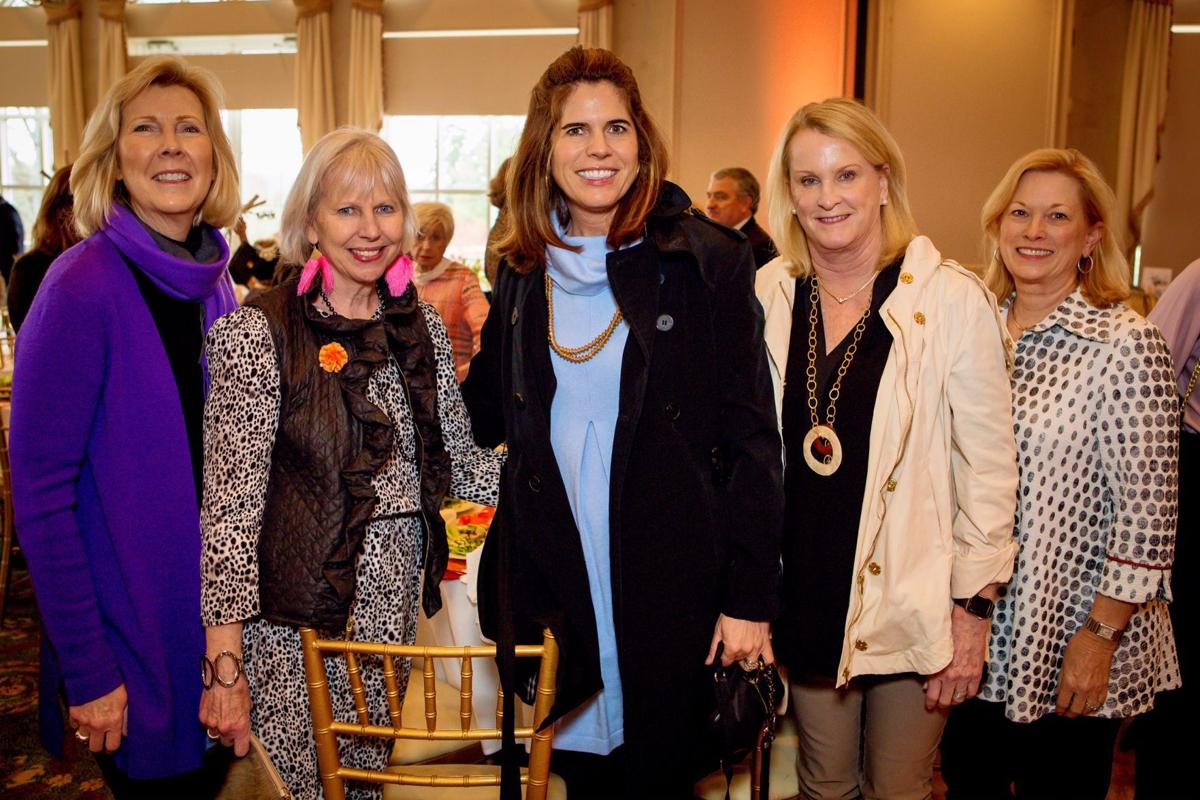 Mark Norcross welcomes and thanks those who came, while Rena looks on. Mark and Rena have raised over $2.5 million for research, education and grants to help people unable to afford care for MS.

Carson and Natalie Norcross are pictured with special speaker Camerone Parker McCulloch, and Rena and Mark Norcross at the 20th annual MS Luncheon, “Walk the Runway.”

Dr. Robert McCulloch accompanied his wife, Camerone Parker McCulloch, to the 20th annual MS Luncheon, “The Runway of Life,” where she was the guest speaker.

I am writing this on an early Sunday morning in Dyer, Indiana, after attending the high school graduation celebration at my newly discovered brother’s home, as you read about in Jimmy Tomlin’s lovely article last week. I am just at the beginning of that sojourn, and so far, it has been more than I could even have dreamed. I will tell you about it in a future column, but now, as Ed Sullivan used to say, “On with the show,” or as Mary Bogest is going to say, “On with this week’s column.”

There have been several female superheroes, including Wonder Woman and Storm, to name a couple. I have one to add to that list. She is Wonder Woman Rena Norcross. She is my superhero. Rena has been an unequaled advocate, champion and philanthropist for the National Multiple Sclerosis Society of the Carolinas since diagnosed with MS as a young mother. When I first met Rena, I could hardly believe that she had MS. I could hardly believe she would someday need to use the ramps on her wheelchair-accessible first floor. I was wrong.

Even at that time I was incredulous that a disease could be so cruel to someone so vivacious, but it is. Still, Rena Norcross has faced this disease with a courage that few of us could imagine. She has a tremendous loving and warm, caring heart for others. Yet when I see her (I haven’t seen her, you or many others in quite a while) my heart breaks for her as she struggles to walk, yet she is full of smiles and hugs (before COVID-19). Everyone can see her beauty on the outside, but Rena has a beauty within her spirit, her soul, that radiates her entire being. I know I could not handle MS the positive way that Rena has. Yes, Rena Norcross is my superhero!

Rena with her husband, Mark, devotedly by her side have raised over $2.5 million through the MS Luncheons they have hosted over the years. If you remember, the annual MS Luncheon is one of the highlight luncheons of the spring. It began in the Norcross backyard around their pool with just a few of Rena’s friends. This was the 20th annual High Point MS Luncheon, and the entire luncheon (as always) is underwritten by the Norcrosses so that 100% of the proceeds go to benefit MS research, education and advocacy helping families bear the costs of MS.

This year the theme was “Project Runway” and the featured speaker was Camerone Parker McCulloch. Parker McCullouch was the former face of Oil of Olay and has walked the runways for top designers as Vera Wang, Badgley Mischka and Georgio Armani. On this day she would walk the runway at the High Point Country Club to tell her story of MS. Around the runway were some of the fashions from the show “Project Runway,” where she has been an inspiration to designers, most exceptionally the notable seatbelt dress.

Her story of MS was very poignant. She would need to get her treatments in different cities with a 17-inch needle while hiding it from the other models and her agency. She would sneak out of the hotel and go to the hospital on a Saturday night and stay, then getting her injection all night, and when she got back in the morning the others would kid her, “You really had a night out,” as if she were out partying. She kept her diagnosis quiet for several years. On top of everything, she had no health insurance.

On top of dealing the disease she found a letter written by her then-husband. When it began, she thought it was a love letter to her but it soon became evident that it was not. It was a love letter to another woman and said, “With the elevated stress I’m adding to her (Camerone’s) life I’m counting the days until she dies.” How do you recover from that? “I had to work so hard on my mental and my physical health at the same time.” She was depressed and ended up very sick in the hospital. She decided to fight. She decided to make a difference. She told her story of MS. She became an MS advocate. She is now married to a wonderful man (her nuero-opthalmologist) who attended. Her health is fragile as she suffered a “widow-maker” heart attack last December and now her liver is failing, however she remains strong in her determination. She is making such a difference that the National MS Society awarded her the Woman of Courage Award.

Mark and Rena stepped to the runway. It was Mark (somewhat to the surprise of Rena) to take the microphone first. “Many of us in the High Point community love to share our blessings with others. Rena and I both thank you for your attendance here. You are awesome. We salute you. We appreciate you and we thank you for coming!”

As Mark turned the microphone over to Rena, who was wearing a beautiful, luxurious, flowing “vintage” gown (according to her), worn only as Rena can wear it, said, “It is actually wearing me today.” Heartfelt, she said, “I just can’t say enough about being here with you, people who have love and also want to help other people and your hearts all gathered in one place.”

She recalled that when she was diagnosed with MS as a young mother, she asked her doctor if other people had MS. The answer was “yes,” and they live in your community. She decided she wanted not only to create an awareness but to help those who had MS. That is when she got the group of friends together to meet in her backyard. Many of those friends have been table hostesses since, and others have been hostesses almost from that beginning and were honored with a special Norcross Award. See the photo for the deserving recipients (including me!).

Now to end, a quote from Camerone, “I just want to be a good servant, in really great shoes!”