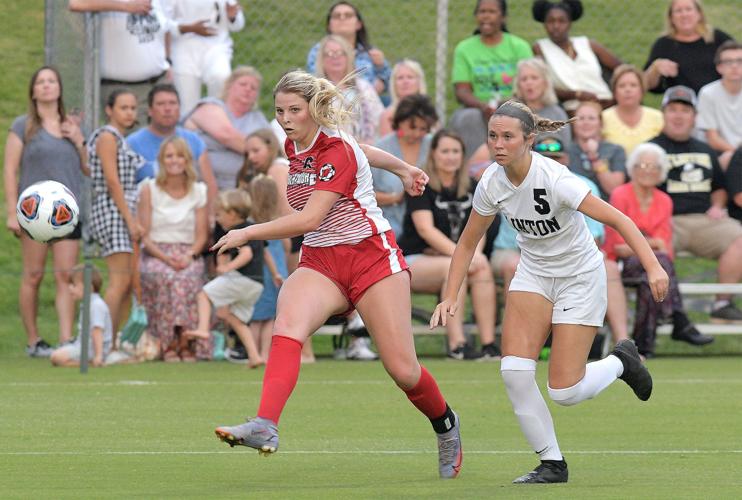 Wheatmore’s Summer Bowman scores a goal during the state championship match against Clinton. 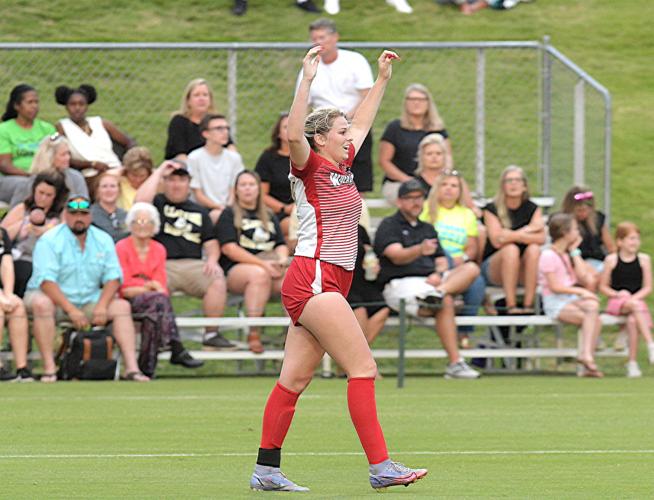 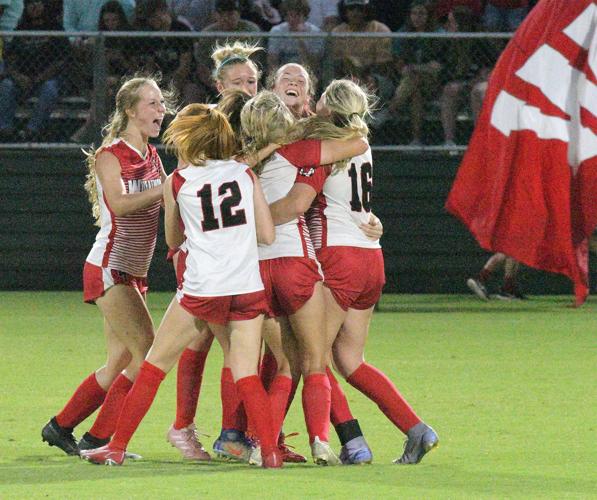 Wheatmore’s Summer Bowman scores a goal during the state championship match against Clinton.

CARY — Wheatmore put the finishing touch on its perfect season.

The Warriors scored the first two goals of the match to take the lead, fended off their opponent’s comeback in the second half and sealed a 4-1 win against Clinton in the NCHSAA 2A girls soccer state championship Friday at WakeMed Soccer Park.

It was the first team championship in school history.

Summer Bowman scored two goals to lead the Warriors (25-0), the No. 2 seed from the West making their first finals appearance. Ellie Garrison added a goal and an assist, while Haley Vazquez had a goal and Izabella Ringley had an assist.

Bowman, a junior forward, was selected the game’s MVP.

“It’s an honor — it’s amazing,” she said of winning the championship. “I’m so excited. We definitely deserved it.”

Wheatmore took the lead in the 24th minute when Garrison ripped a shot from 25 yards out and extended its advantage in the 30th minute when Bowman turned the corner along the right side and blasted a shot by the goalkeeper.

“It was like our one goal in the game,” said Garrison, who finished with 77 goals this season — second place in NCHSAA history. “We needed to do that, we did, and we just kept on bringing it again and again.”

The Dark Horses (25-3), the top seed from the East, regrouped well to start the second half, tallying a score in the 42nd minute to pull within 2-1. But the Warriors — who set the team record for goals in a season with 195 — answered with a pair of scores to take full control.

Bowman took a pass in the penalty area and chipped home a shot in the 75th minute, and Vazquez launched a 30-yard shot from the right side that sailed over the goalkeeper and into the net with just over a minute left in the match.

Victoria Lowe finished with two saves as Wheatmore outshot Clinton, which missed a penalty kick inside the final minute, by a 29-5 margin for the match, including 18-3 in the second half as the Warriors regained control and applied steady pressure in the offensive end.

“You go 25-0 and you’ve set the bar so high — for anybody,” Maness said. “Perfect. I remember the Patriots a couple years ago were undefeated and lost the Super Bowl, and unfortunately everybody remembers the one.