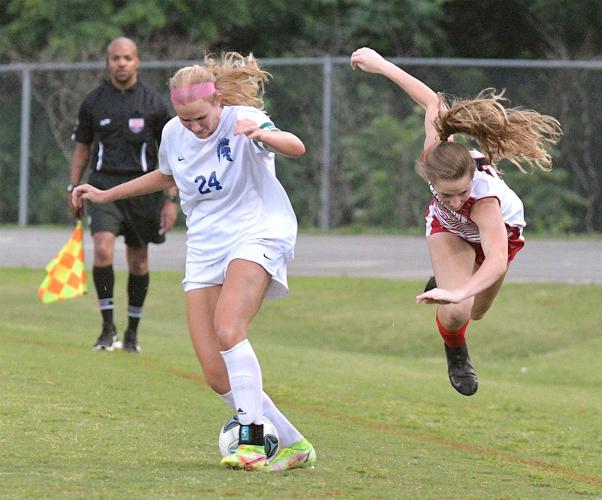 Wheatmore’s Rian Perry, right, gets knocked off the ball during last week’s playoff match against Community School of Davidson. 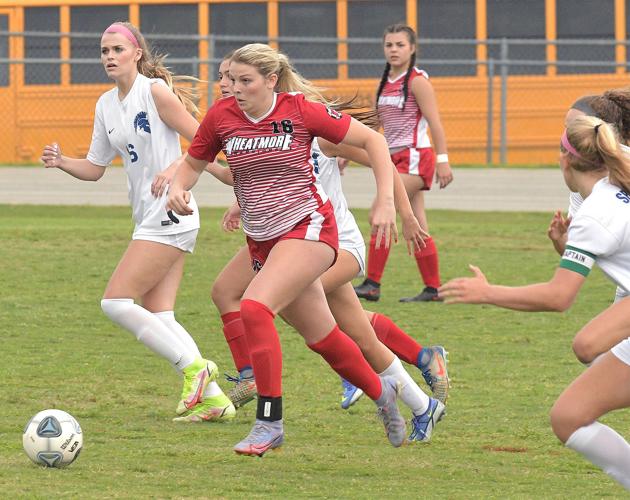 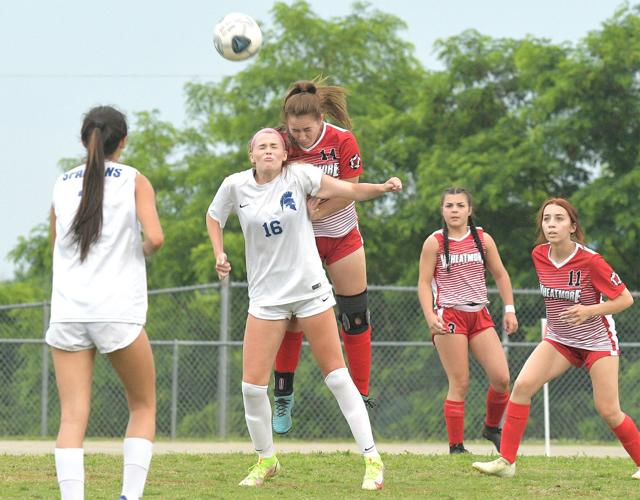 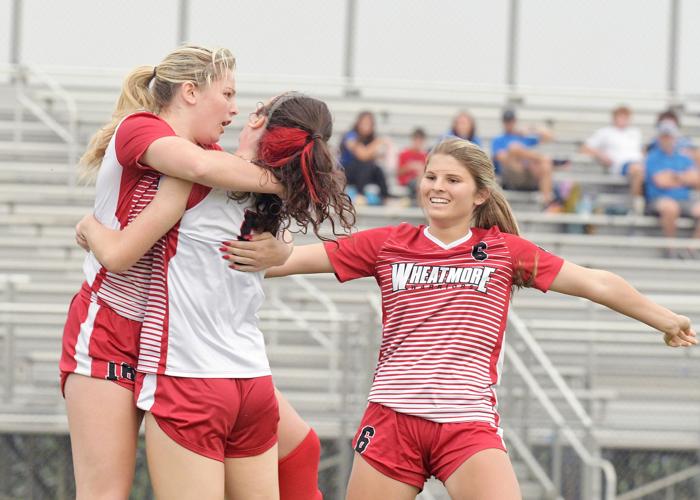 Wheatmore’s Rian Perry, right, gets knocked off the ball during last week’s playoff match against Community School of Davidson.

TRINITY — Wheatmore hadn’t needed any late-game heroics all season. But it came through when it needed them.

The second-seeded Warriors scored the go-ahead goal off a corner kick with 3 1/2 minutes left and held on to beat third-seeded Community School of Davidson 3-2 last week at Wheatmore in the fourth round of the NCHSAA 2A West girls soccer playoffs.

After the Spartans evened the score inside the final 10 minutes, the Warriors — in the regional semifinals for the first time — pushed forward in the closing minutes. Mikalah Walls launched a corner kick from the left flag that appeared to deflect off a crowd of defenders in front and found the net in the 77th minute.

“It was great — I almost cried,” said Ellie Garrison, a sophomore forward. “When I saw it go in, I was so happy, so relieved and proud. It meant a lot.

Garrison netted two goals for Wheatmore (23-0), who will face top-seeded Wilkes Central in the regional championship. Garrison now has 72 goals for the season — matching Wilson Fike’s Sarah Winslow for fifth-most in NCHSAA history. Woods Charter’s Isabel Pearce set the record with 80 in 2017.

Summer Bowman and Maggie Messner each had an assist as the Warriors jumped ahead early in each half only to have CSD (17-7), last year’s 1A state champion and a perennial state contender, even the match each time. But the Warriors edged ahead one last time and sealed the victory.

“It means more than all the other games, I think,” Garrison said. “It was hard, but we pushed through and we gave it everything we had. We just worked together and did it.

Wheatmore opened the scoring in the second minute when the ball went upfield. Garrison ran onto the ball and fired a shot past the goalkeeper to give the Warriors the early lead. But the Spartans tied the match in the 18th minute and the teams were tied 1-1 into halftime.

In the 44th minute, Messner launched a free kick in from the left side. Garrison headed the ball in from near the right post to give Wheatmore back the lead. But, pushing forward late, CSD eluded the defense in the 71st minute and evened the match once again, setting the stage for the Warriors’ late charge.

Victoria Lowe finished with four saves in goal for Wheatmore, which outshot the Spartans 16-12 for the match.

“My gosh, I’m so happy for my four seniors — to give them this,” Maness said. “We’re proud to move on. But it’s unbelievable.”