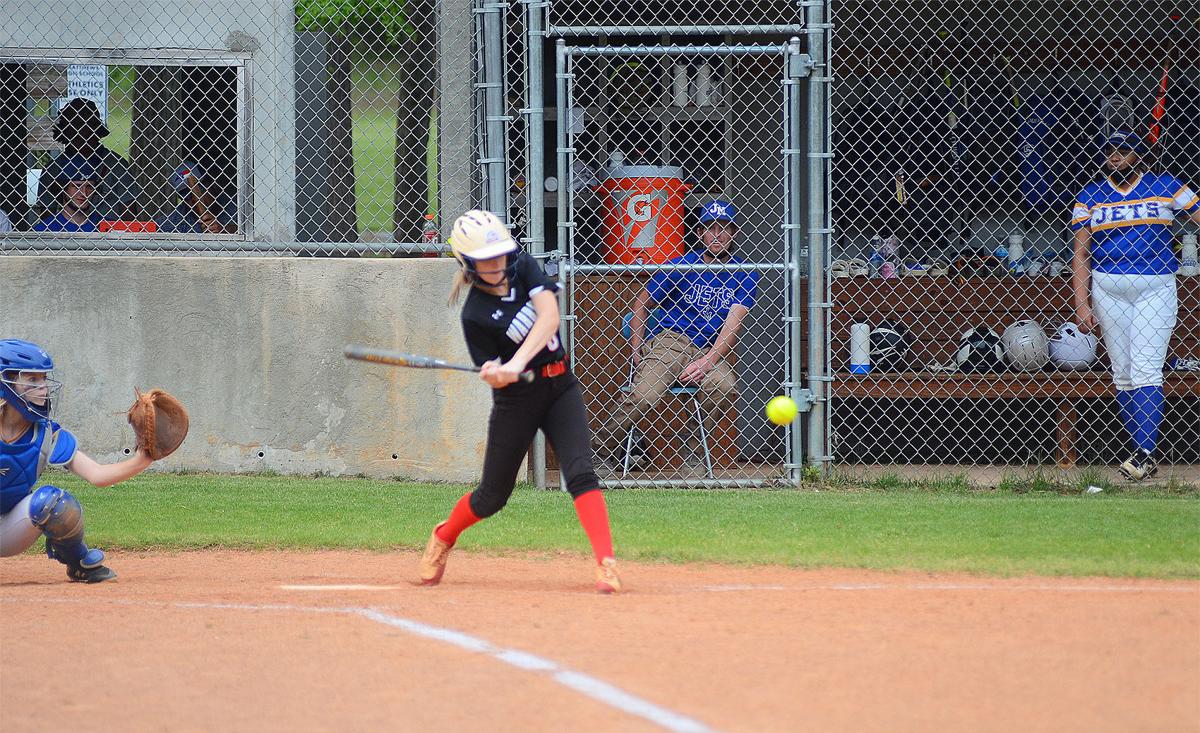 Avery Dykes (8) takes a swing at a pitch during the recent game against Jordan Matthews. 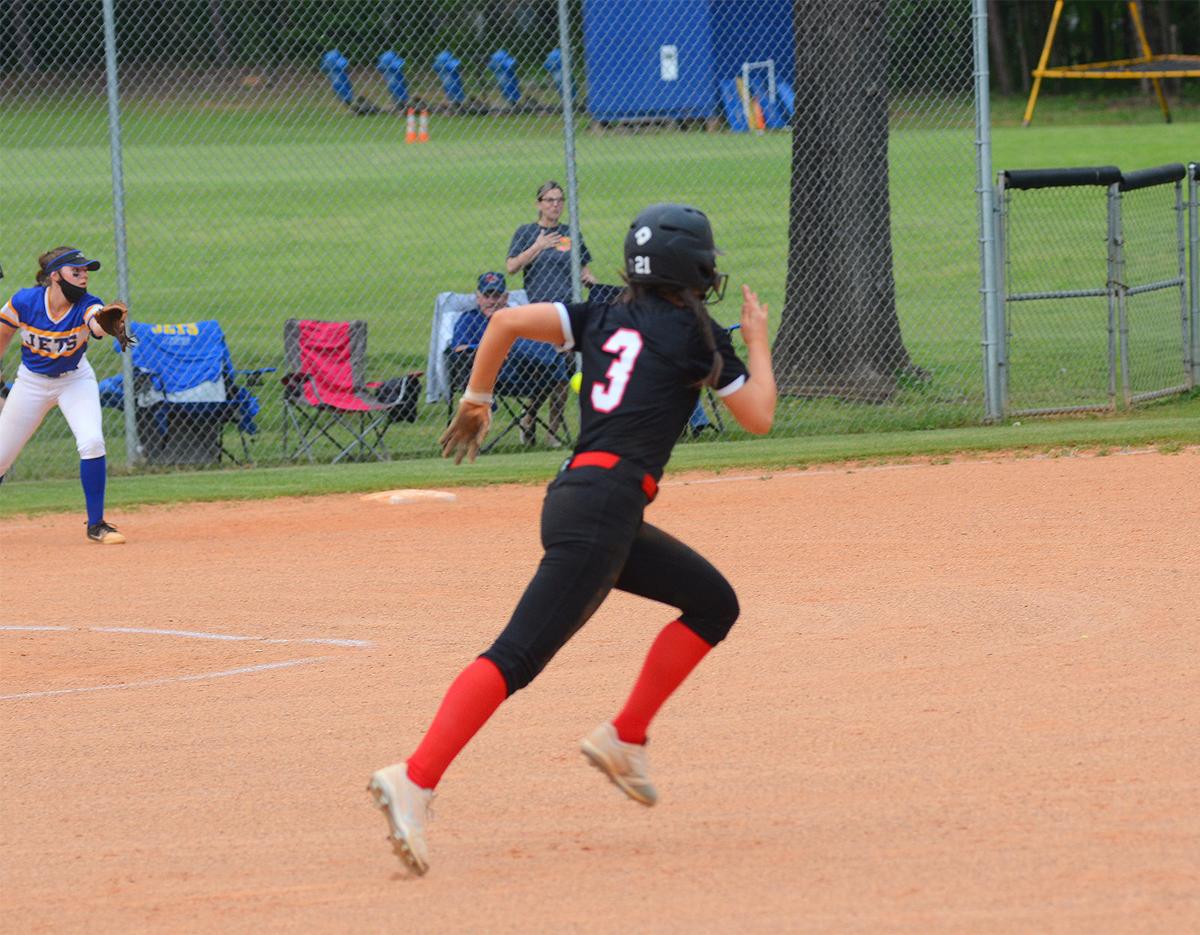 Kynnedy Thrift (3) advances to second base on a ground ball during last week’s game against Jordan Matthews. 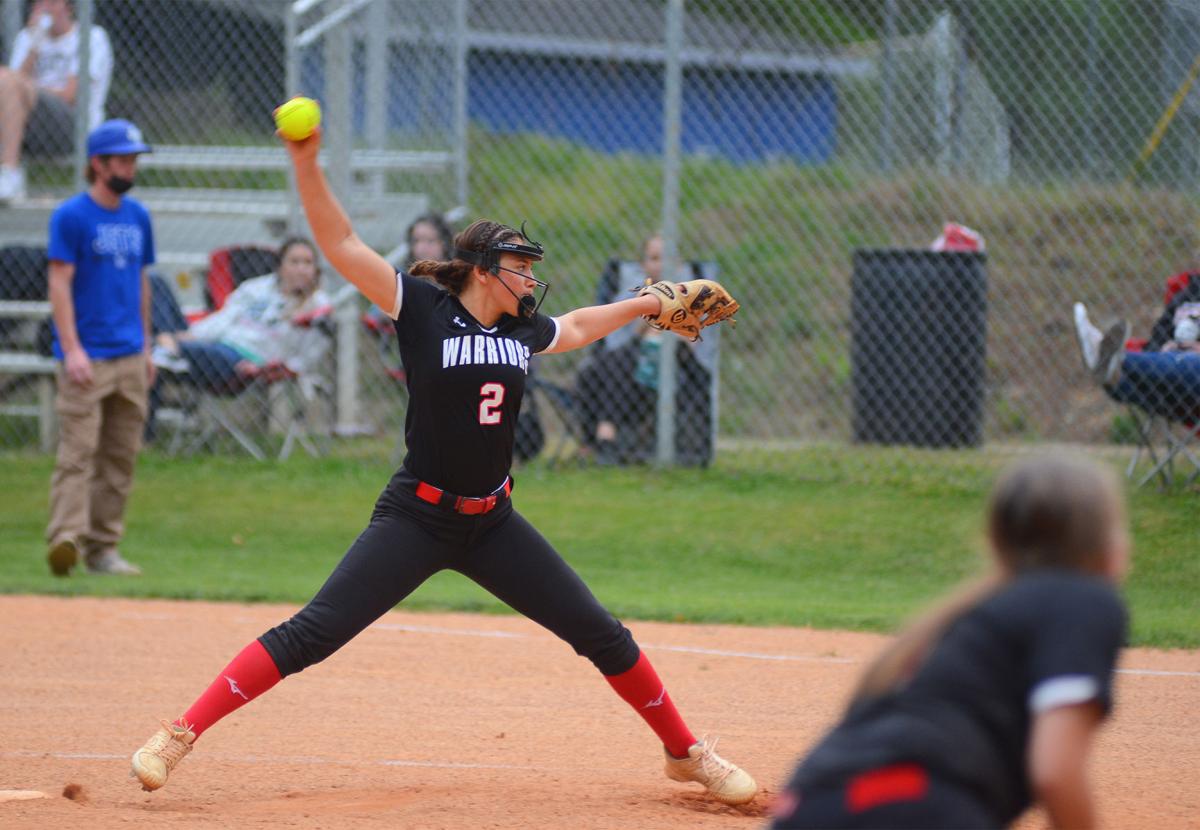 Avery Dykes (8) takes a swing at a pitch during the recent game against Jordan Matthews.

Kynnedy Thrift (3) advances to second base on a ground ball during last week’s game against Jordan Matthews.

SILER CITY — Wheatmore softball fell a run shy of a win over Jordan Matthews last week, falling 6-5 to the Jets in a walk-off defeat.

Jets’ senior Hannah Evans delivered the game winner to give the hosts a 6-5 win. A ground ball that made its way through the right side of the infield created a bit of a traffic jam between the runner the Jets had at first base and Wheatmore’s second baseman.

In the meantime, a run scampered home and the ball darted into the outfield. After a brief discussion between the Warrior dugout and the umpires, the play was upheld and Jordan Matthews escaped with the win.

Despite the loss, Warriors coach Jonathan Evans said the progress was evident by his team.

“I’m proud of us,” Evans said. “We’ve won two games. We beat Trinity twice and we won going away and we had a big lead. In every other game, we’ve fallen behind and we’ve really struggled to cross the plate at that point. I’m proud of us for getting on the board and then running the bases really hard, putting pressure on the other team and finding a way to get back into that game.”

Trailing 3-0 in the top of the third, Wheatmore scored a pair of runs on wild pitches, bringing the visitors within a run. The Warriors returned the favor in the bottom half of each of the ensuing innings, surrendering a run in both the third and fourth on a wild pitch by Carmen Turgeon to again give the Jets a three-run lead at 5-2.

Sophomore Macy Beavers kept the Warriors off balance through five innings, allowing just two runs. In the sixth, Wheatmore tied the contest with a three-run frame which featured an RBI double by Turgeon that became a four-base hit as she advanced to third on a throw home and came across the plate after an errant throw in an attempt to get her out at third.

“I feel like if we would have another at bat, we could have found a way to win the game,” Evans said. “We would have had the top of our order back up. They played great today.”

Evans believes his team has shown tremendous growth since a blowout lost to Eastern Randolph on March 30. The Wildcats jumped on Wheatmore in a 17-0 game, but the Warriors’ coach continues to see growth on the field from his young squad.

“We have eight new starters,” Evans said. “We’re a very young team. We lost a ton of experience, so we’re learning a lot about ourselves every single game. … I’m proud of the way we went from getting beat 17-0 the other day to being in a competitive game like today.”