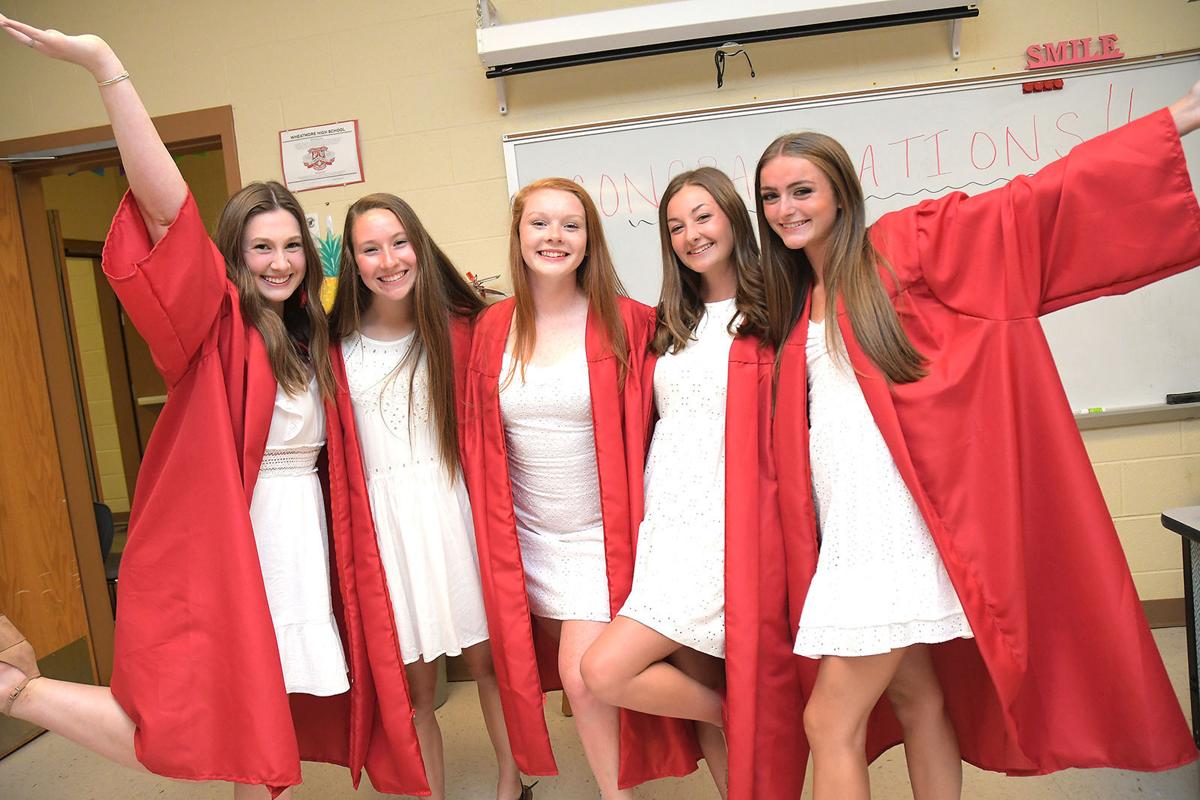 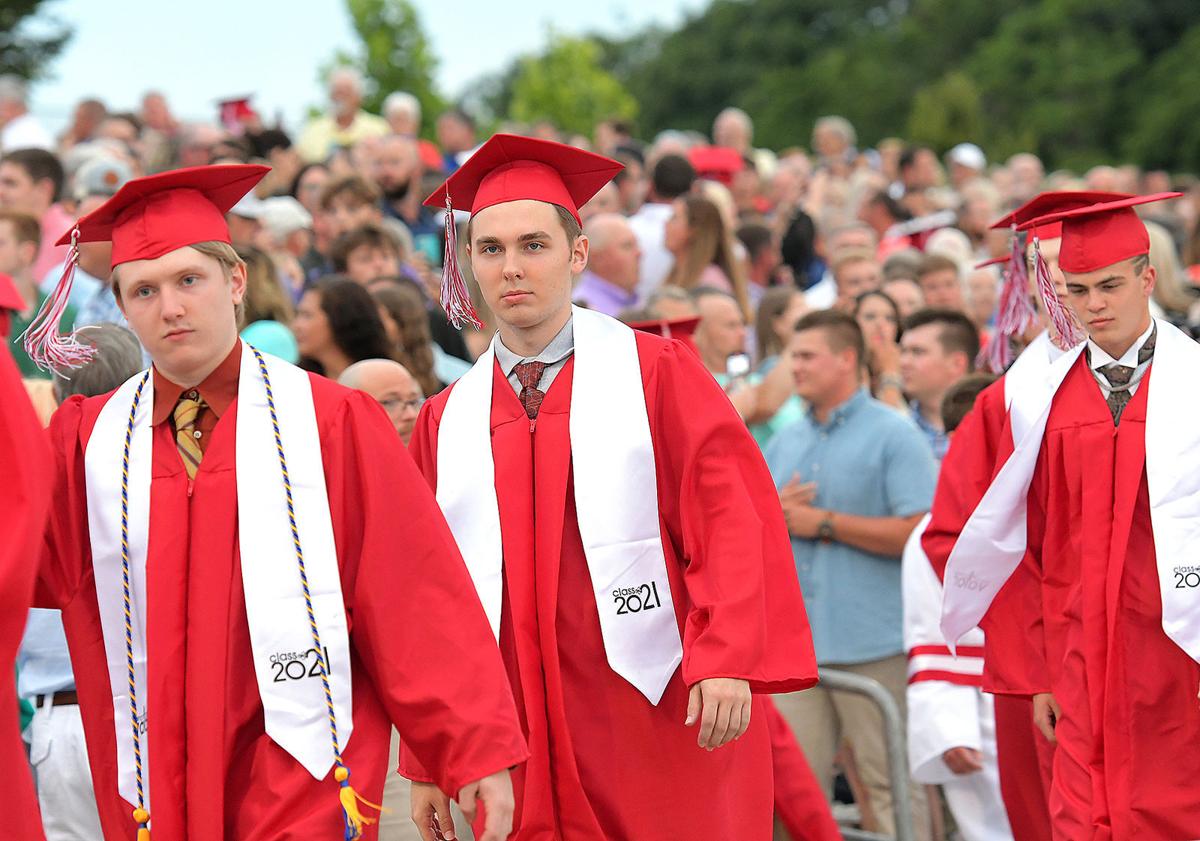 Members of the Class of 2021 at Wheatmore High School make their way through the school football stadium. 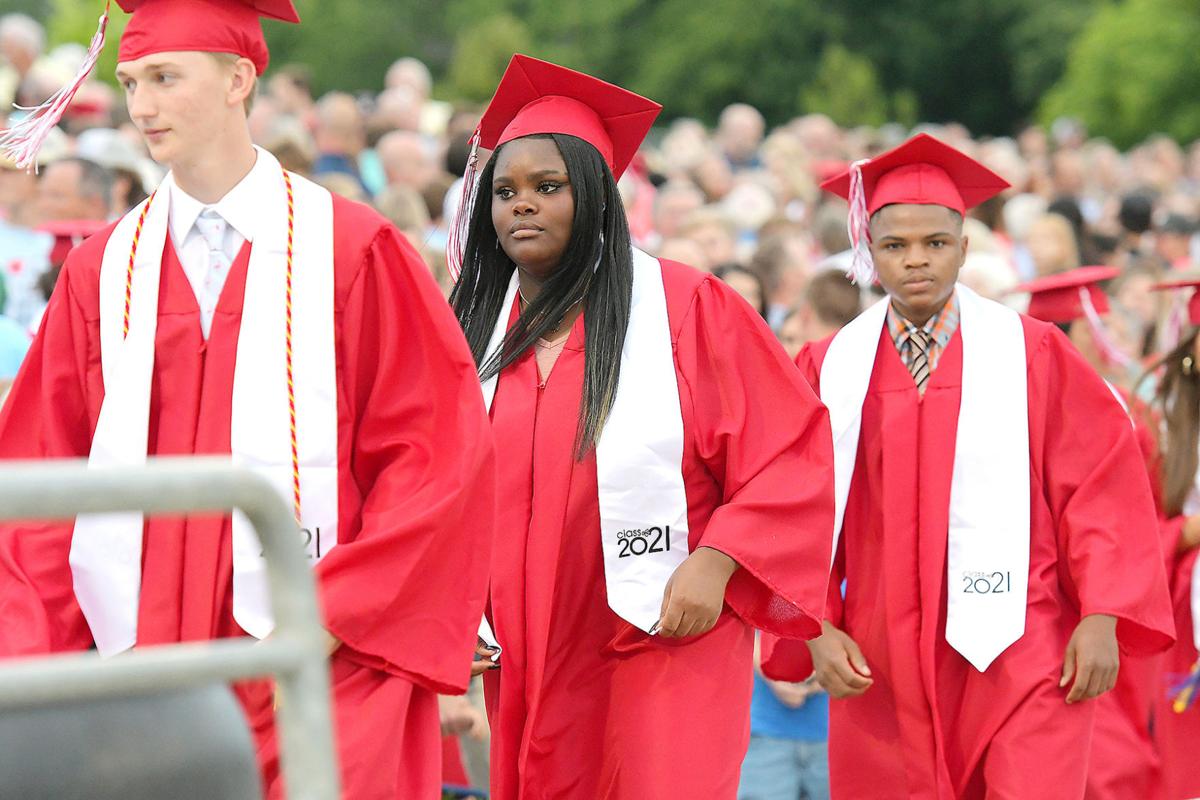 Members of the class of 2021 at Wheatmore High School make their way through the school football stadium as they walk in the graduation procession. 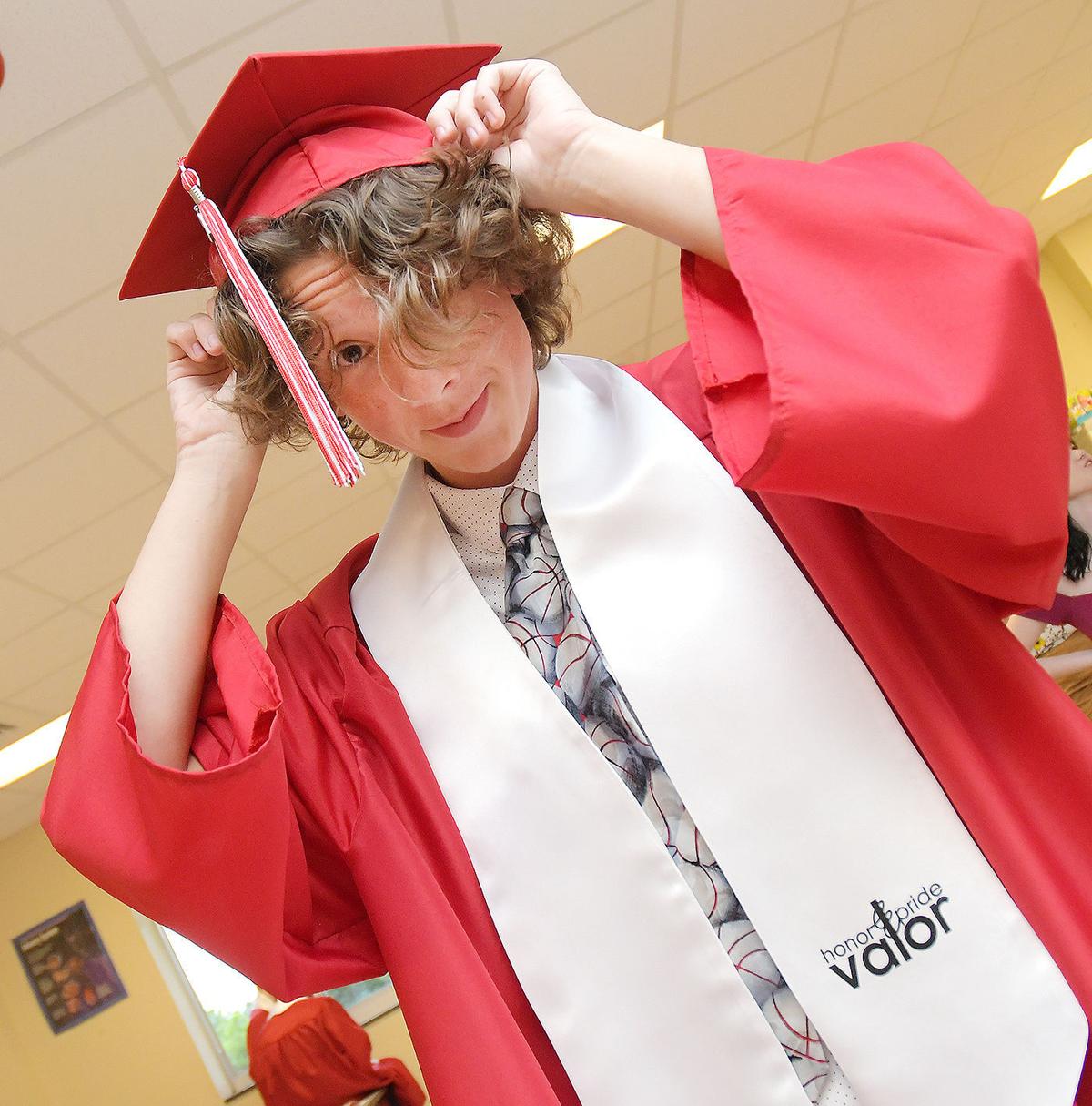 Garrett Meadows adjusts his cap as he prepares for the commencement ceremony.

Members of the Class of 2021 at Wheatmore High School make their way through the school football stadium.

Members of the class of 2021 at Wheatmore High School make their way through the school football stadium as they walk in the graduation procession.

Garrett Meadows adjusts his cap as he prepares for the commencement ceremony.

TRINITY — As the class of 2021 bid farewell to Wheatmore High School at its graduation ceremony last week, students in attendance were reminded by those appointed to speak that their journey is only beginning.

In following with the tradition established 11 years ago at Wheatmore, a speech contest determined two student speakers at graduation. Those senior speakers this year were Lindsay Hazelwood and Logan Sink.

Greeting their classmates from the podium, both Hazelwood and Sink spoke on behalf of the student body on what it has been like to complete their diplomas in the most unorthodox of circumstances.

“I can say with 100% confidence that this year was nothing like we had ever anticipated it would be,” Hazelwood said. “We never imagined that two weeks of staying home in March 2020 would turn into a completely-altered senior year filled with cancellations, quarantines, contact tracing and a new appreciation of normalcy.

“Despite the numerous protocols and hindrances we would have endured, I’m proud to say that all 205 students who sit in front of me have completely embodied a ‘Warrior mentality’ and have shown that they have whatever it takes to face the challenges that lie ahead.”

Her classmate mirrored Hazelwood’s reflective tone, emphasizing the perseverance of students and noting the unique impact the last 15 months will have on the rest of their lives. Changed forever by the events of the summer of 2020, the class entered its senior year with a backdrop that left students reeling for answers.

In response, they sought diligently to preserve their individuality, Sink said, striving to maintain the characteristics that make each member of the graduating class equipped to face the next chapter of their lives.

“We are not the same people that we were when we stepped into Wheatmore four short years ago,” Sink said. “We have witnessed a series of social reckonings, a global pandemic and various difficulties that have developed us into who we are today.”

Hazelwood and Sink thanked staff for their efforts in leading a student body during unprecedented times. Under standard circumstances, Sink acknowledged teachers have a difficult task of preparing young people for adulthood. Hazelwood said even when youth neglect to acknowledge their attempts, they are still appreciated.

One such staff member, Bruce Hunt, construction trades teacher at Wheatmore, drew comparisons between this year’s class and his own. Reminded of taking the stage at his graduation, Hunt mentioned that seniors he taught have impacted his life in familiar ways to the indelible influence his teachers did years ago.

He left the group of students with parting words intended to evoke hope and optimism.

“I see a group of young people where the sky is the limit,” Hunt said. “You will accomplish great things, and you bring joy to my life. Be blessed, and I love you.”

Hazelwood tipped her cap to the peers with whom she’s shared the halls of Wheatmore for four years and acknowledged that graduation represents the first of its kind of uncertainty. What will define the senior class of 2021 likely lies ahead.

“Throughout the last 18 years of our lives, we have always known what our next steps would be — transitioning from elementary school to middle school and from middle school to high school,” Hazelwood said. “Today is a turning point in each of our lives.”