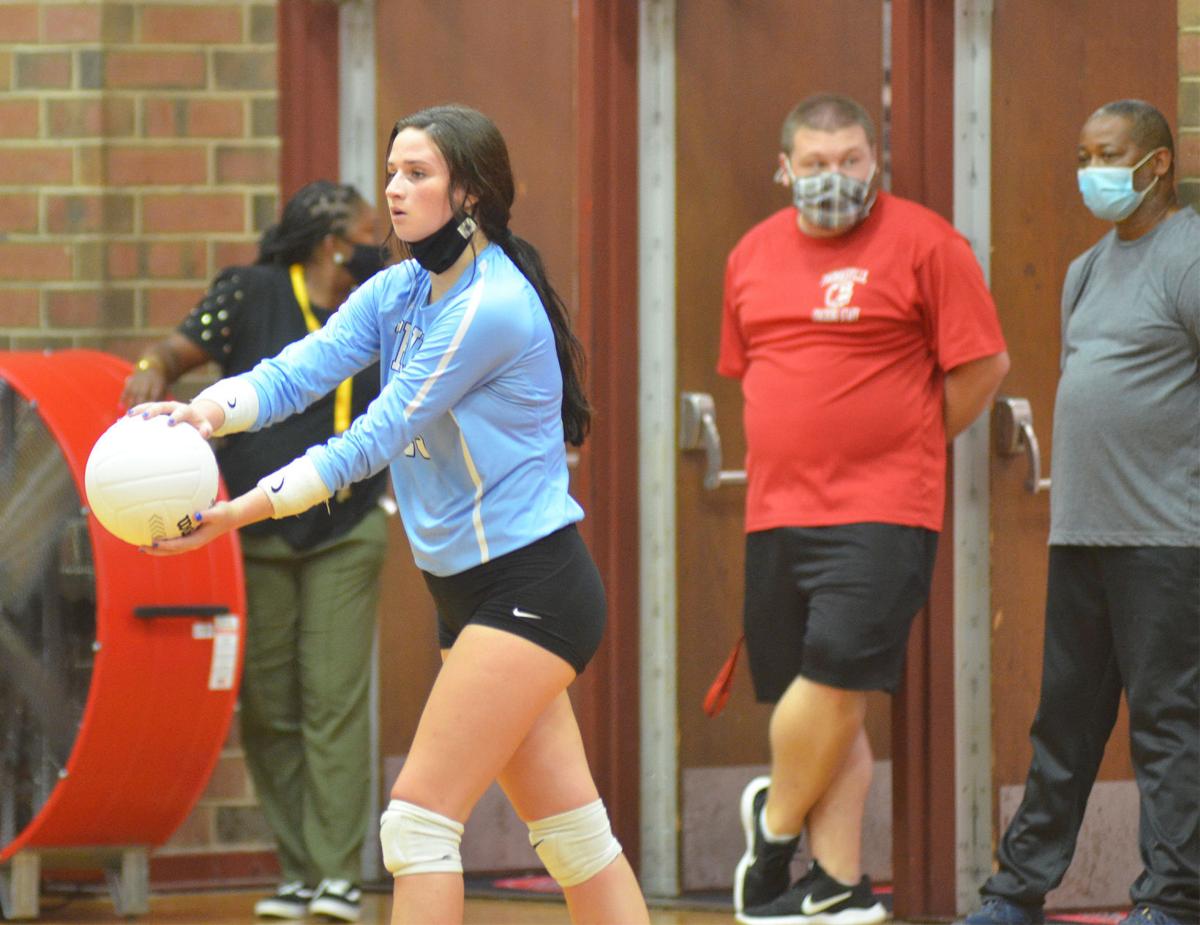 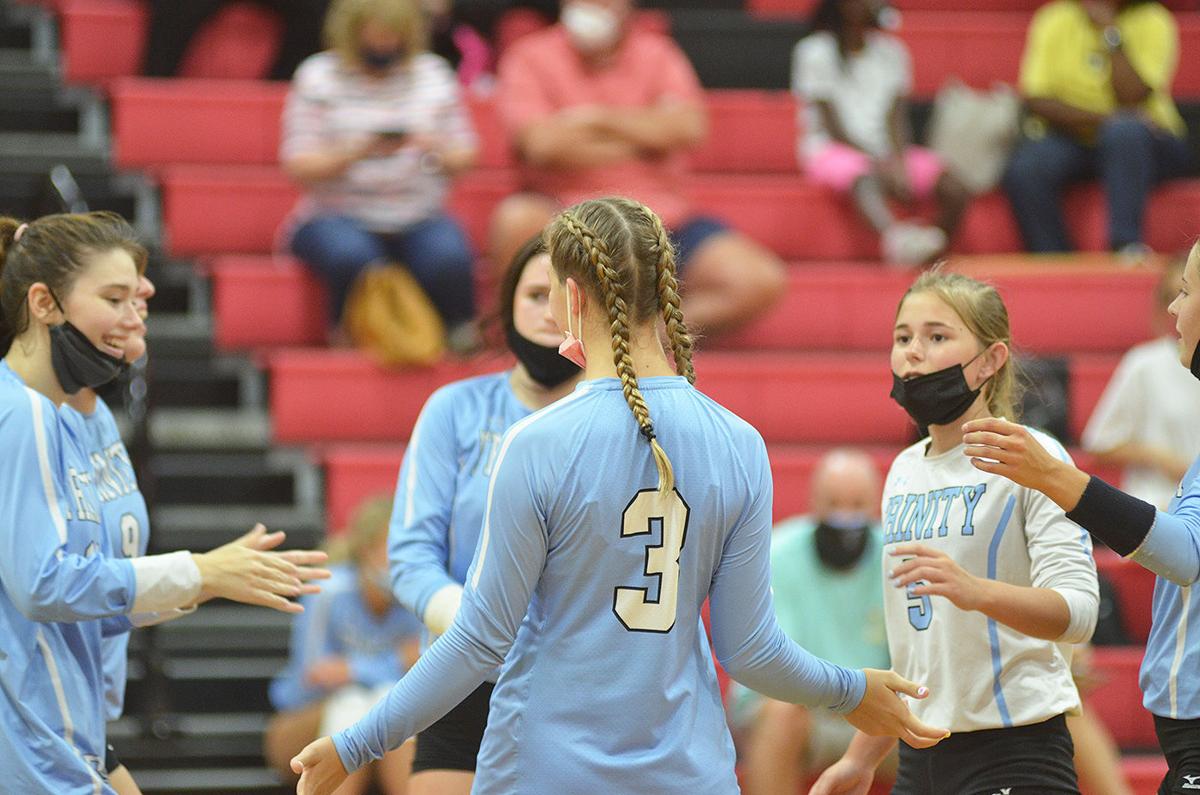 Freshman Kaitlyn McCoy is congratulated by her teammates after a play during last week’s match at Thomasville. 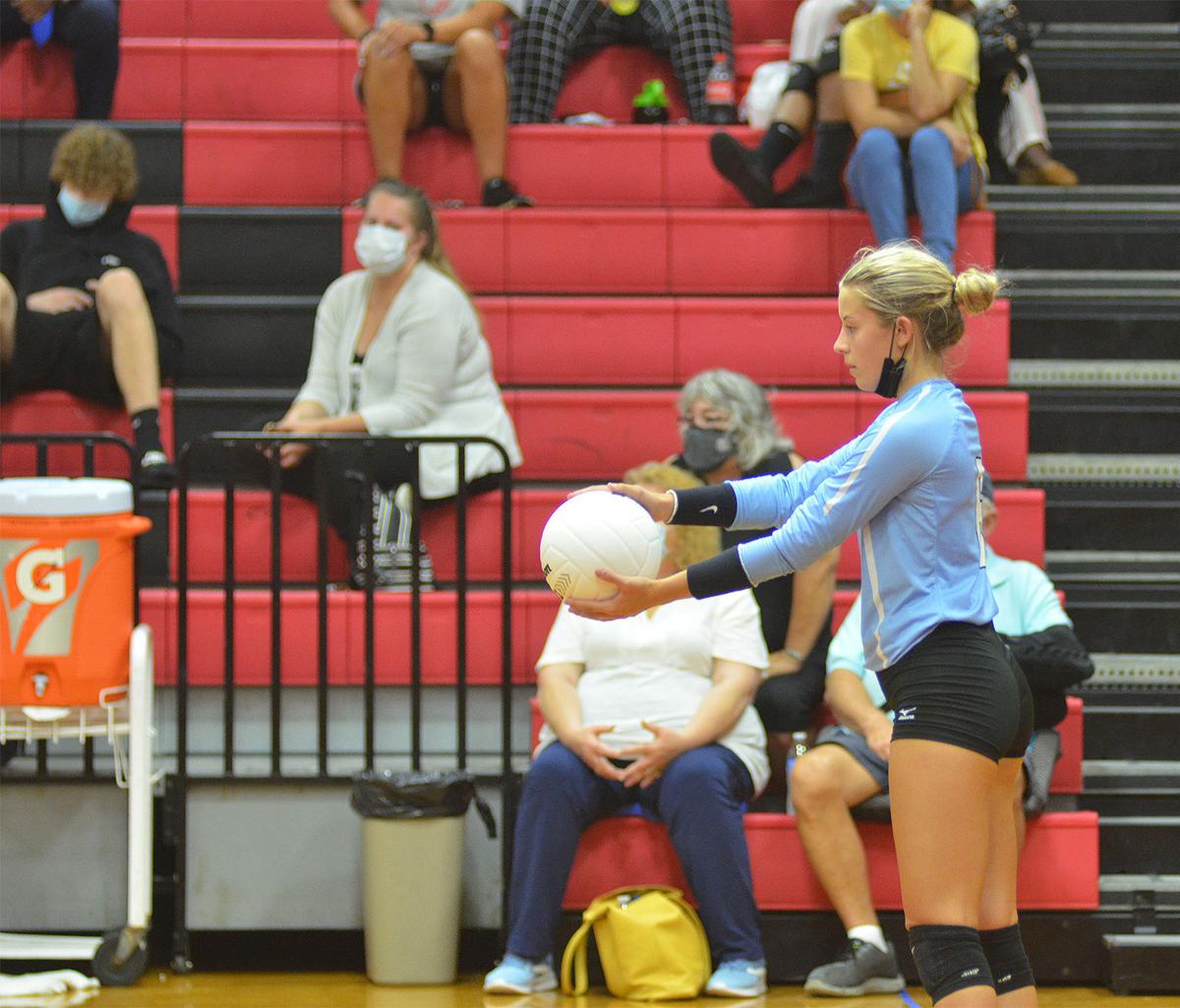 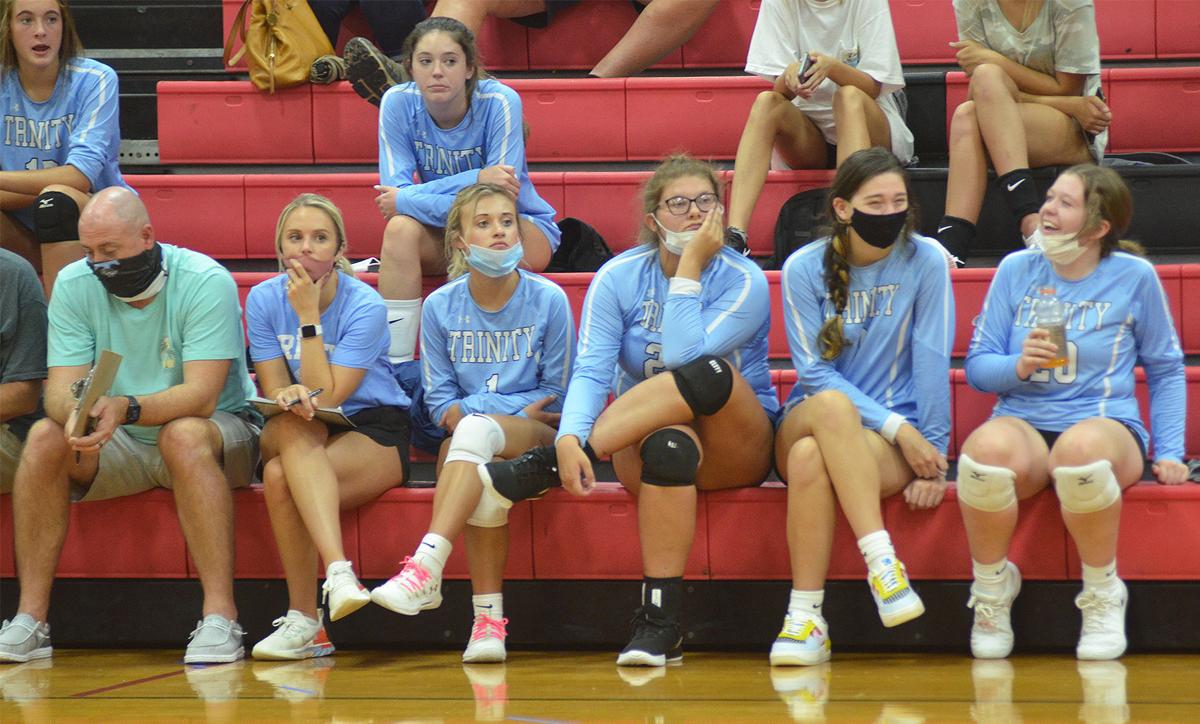 Trinity’s bench looks on as the Bulldogs put the finishing touches on a victory to open their 2021 campaign.

Freshman Kaitlyn McCoy is congratulated by her teammates after a play during last week’s match at Thomasville.

Trinity’s bench looks on as the Bulldogs put the finishing touches on a victory to open their 2021 campaign.

THOMASVILLE — Mindful of the early nature of the season, Trinity coach Rodney Kirby is tempering his expectations.

The veteran coach is excited, however, by the makeup of his current team and came away impressed with its performance last week after a win over Thomasville at Brown F. Finch Education Building. In their first night back in action, the blue Bulldogs were victorious in straight sets, 25-8, 25-8, 25-12.

With just three total returning varsity players — two of whom are starters —and a pair of freshmen in the starting lineup, Trinity is young but also very talented. Kirby said the team will rely heavily on sophomore Allie Reddick at libero, a decision he shared with his returning players in a mutual agreement.

“I’m starting a sophomore in a position she has never played in one of the most important positions on the team,” Kirby said. “Last year she was our starting setter; this year, she’s starting a position I’ve sort of thrown her into. She’s just phenomenal.

“It was one of the smartest decisions I’ve made. Several of my older players came to me and said, ‘What if we keep her as our libero?’ I’d been thinking that [for awhile].”

Despite its youth movement, Trinity was dominant in the season opener. The aforementioned freshman tandem and significant sophomore contributors were outstanding in the victory. Kaitlyn McCoy and Gracie Ballard had 10 kills each to lead Trinity while Allie Reddick paced the team with four digs. Madison Burgiss added a team-high nine aces.

Trinity wasn’t perfect, but the blue Bulldogs matched every run Thomasville made with its own, easily winning each set. Kirby was ecstatic with his team’s play, but was careful to credit Thomasville with the challenge it presented.

“Thomasville sends the ball over [quickly],” Kirby said. “A couple of times, they caught us switching. We weren’t ready for it. I never want to say they caught us napping, because we get after it, but we may have been moving into a defensive rotation, and here comes the ball. And we’re not used to that yet.

“Overall, I’m very pleased with what we did.”

Trinity (2-1) followed up its season-opening win with another victory over Southern Guilford and then lost to Oak Grove to conclude the week.