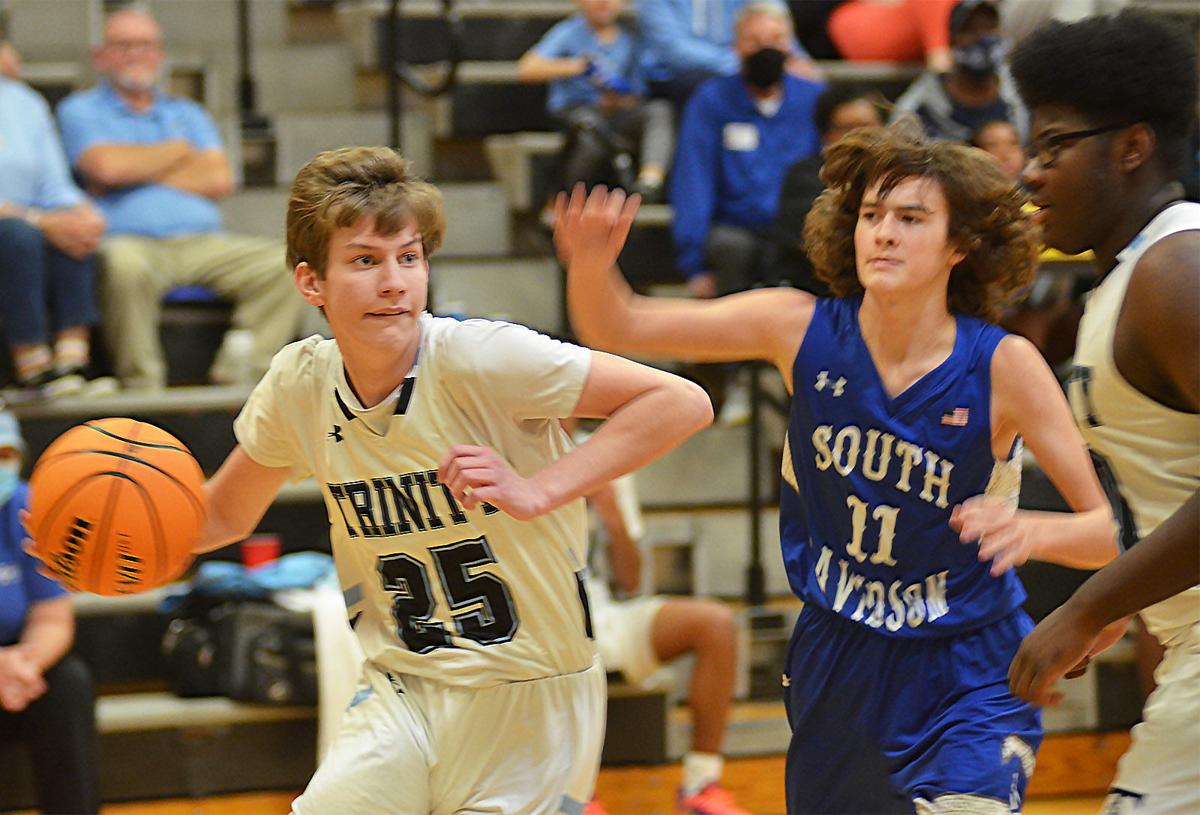 Colt Matthews drives to the basket for Trinity in Monday’s Christmas tournament action. 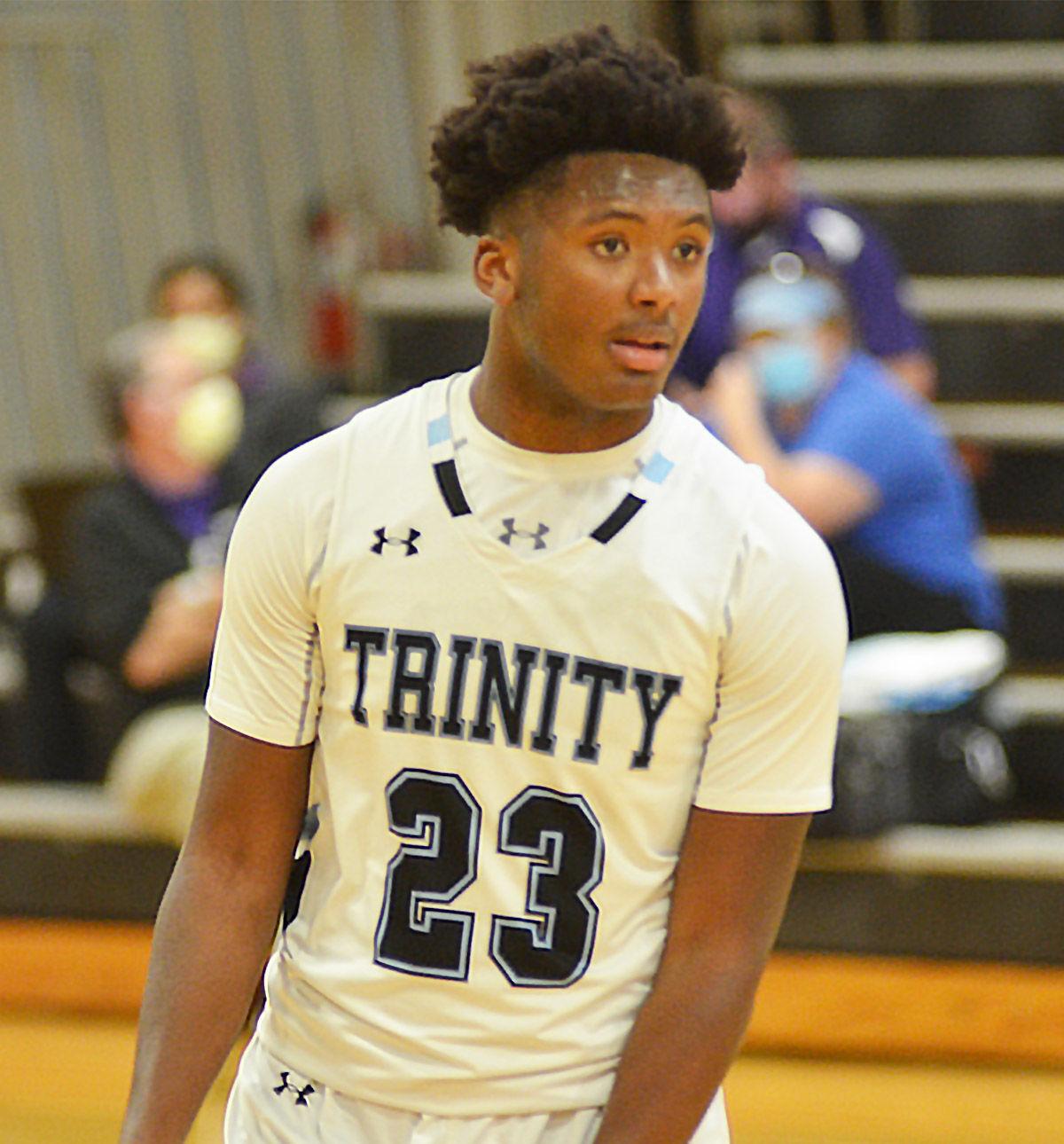 Trinity’s Dominic Payne brings the ball up the floor during the Bulldogs’ win over South Davidson on Monday.

Colt Matthews drives to the basket for Trinity in Monday’s Christmas tournament action.

Trinity’s Dominic Payne brings the ball up the floor during the Bulldogs’ win over South Davidson on Monday.

THOMASVILLE — Trinity opened the holiday portion of its basketball slate Monday with a resounding win over a Davidson County opponent at the Davidson Randolph Christmas Classic.

Hosted by Ledford High School, the annual tournament returned after a one-year sabbatical last year due to COVID-19. For Trinity, entrance into the eight-team schedule of games meant a first-round matchup with South Davidson.

The Bulldogs made quick work of the Wildcats, taking the opener 78-26. Bulldogs coach Tim Kelly said he was pleased with his team’s effort to put a sluggish shootaround behind them, jumping out to a 25-5 lead in the first quarter and never looking back.

“You never know how you’re going to play after the holiday, especially on a Monday, first day back,” Kelly said. “We were hitting some shots and getting a lot of rebounds, getting some putbacks. It led to some easy baskets. I think we played nine out of 10 guys in the first half, played everybody in the second half, so I was pleased with how we did.”

Dominic Payne paced the Bulldogs with 23 points to match his jersey number, while Brandon Campbell added 15. At press time, Trinity was scheduled to take on Thomasville in the second round of the tournament.

In the girls’ game, Trinity also dispatched South in a 49-44 final that saw the Bulldogs jump out to an early lead and hold on late. Autumn Gentry led all tournament scorers on Monday with 32 points to put Trinity in position to take that commanding lead.

The Bulldogs were scheduled to play Southwestern Randolph’s girls in the second round of the tournament. Trinity coach Mike Sink said he was impressed with the effort shown by his club to deter Hannah Harrison, who led South with 18 points, from taking the game over. He said she got loose late to present them with problems as they tried to ice the game, but overall, Sink wouldn’t complain about the showing.

“They stepped up their defense quite a bit, and then we got out of what we normally do,” Sink said of South in the third quarter of the game. “Once we got back in it, things kind of fell into place for us. [Harrison], she’s a good shooter. We knew we couldn’t let her go. We kind of contained her in the first half, but in the second half, she kind of lit us up.

“Overall, I thought our girls did pretty good. They’re very inexperienced, so I’m proud of them.”