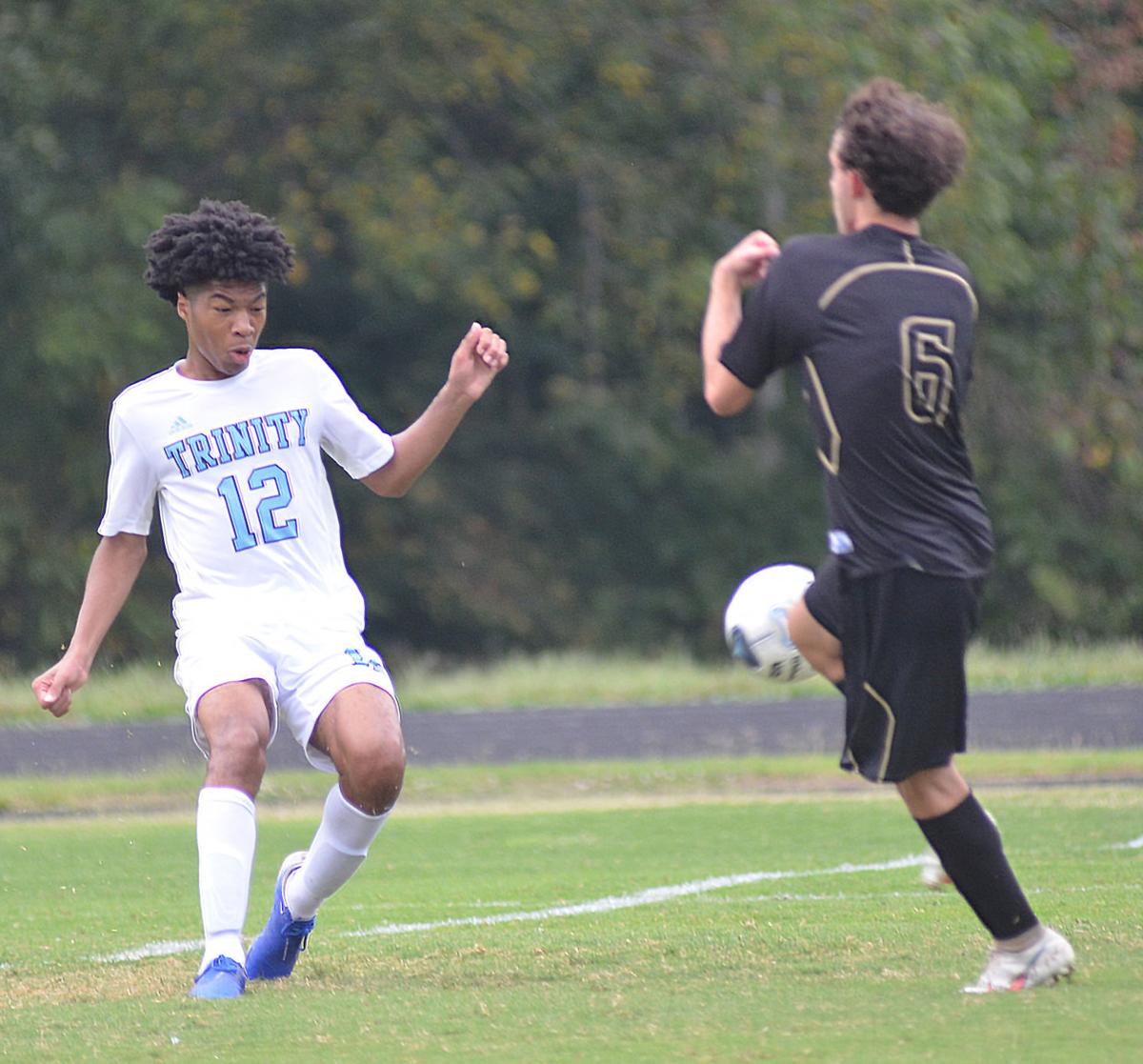 Trinity’s Kaleb Leach attempts to make a play on the ball during last week’s match at East Davidson. 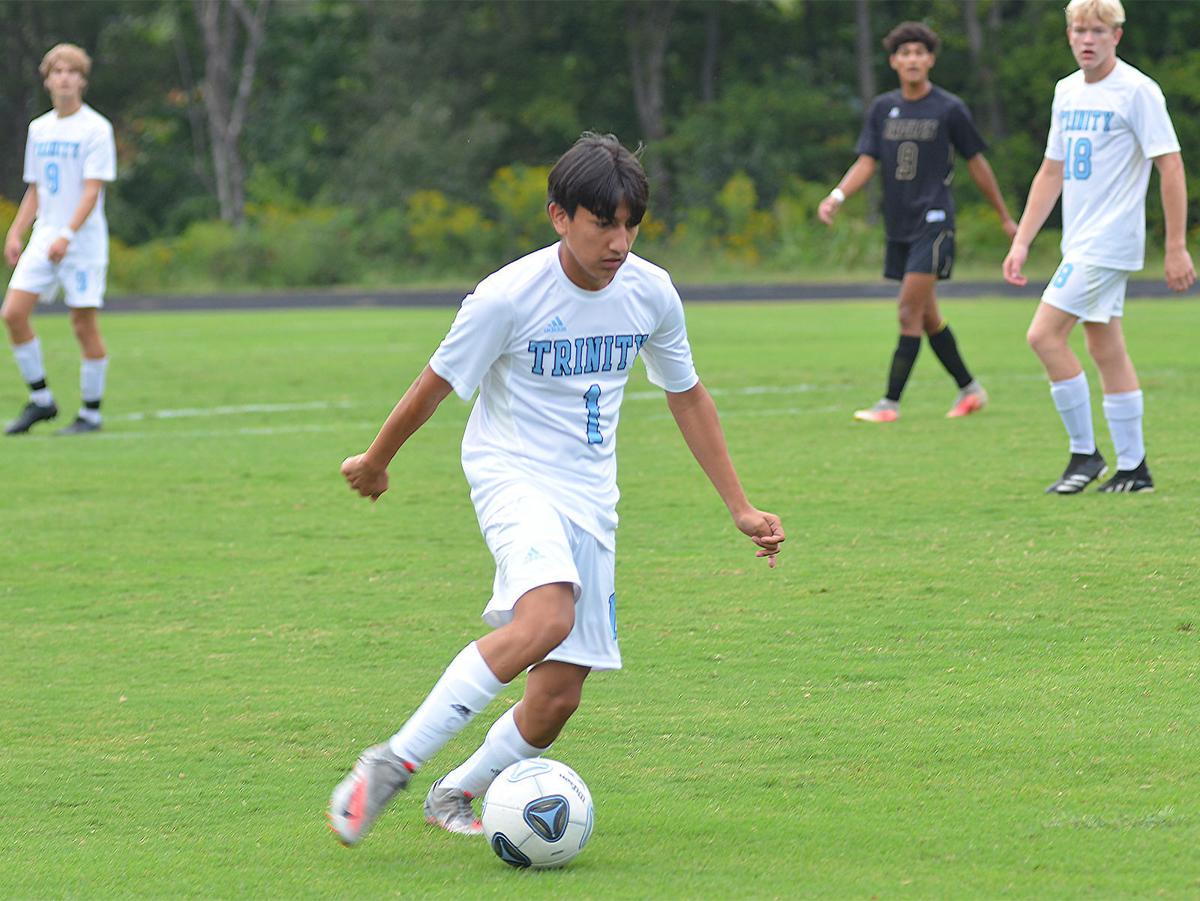 Jose Gonzalez brings the ball down the field during last week’s loss to East Davidson. 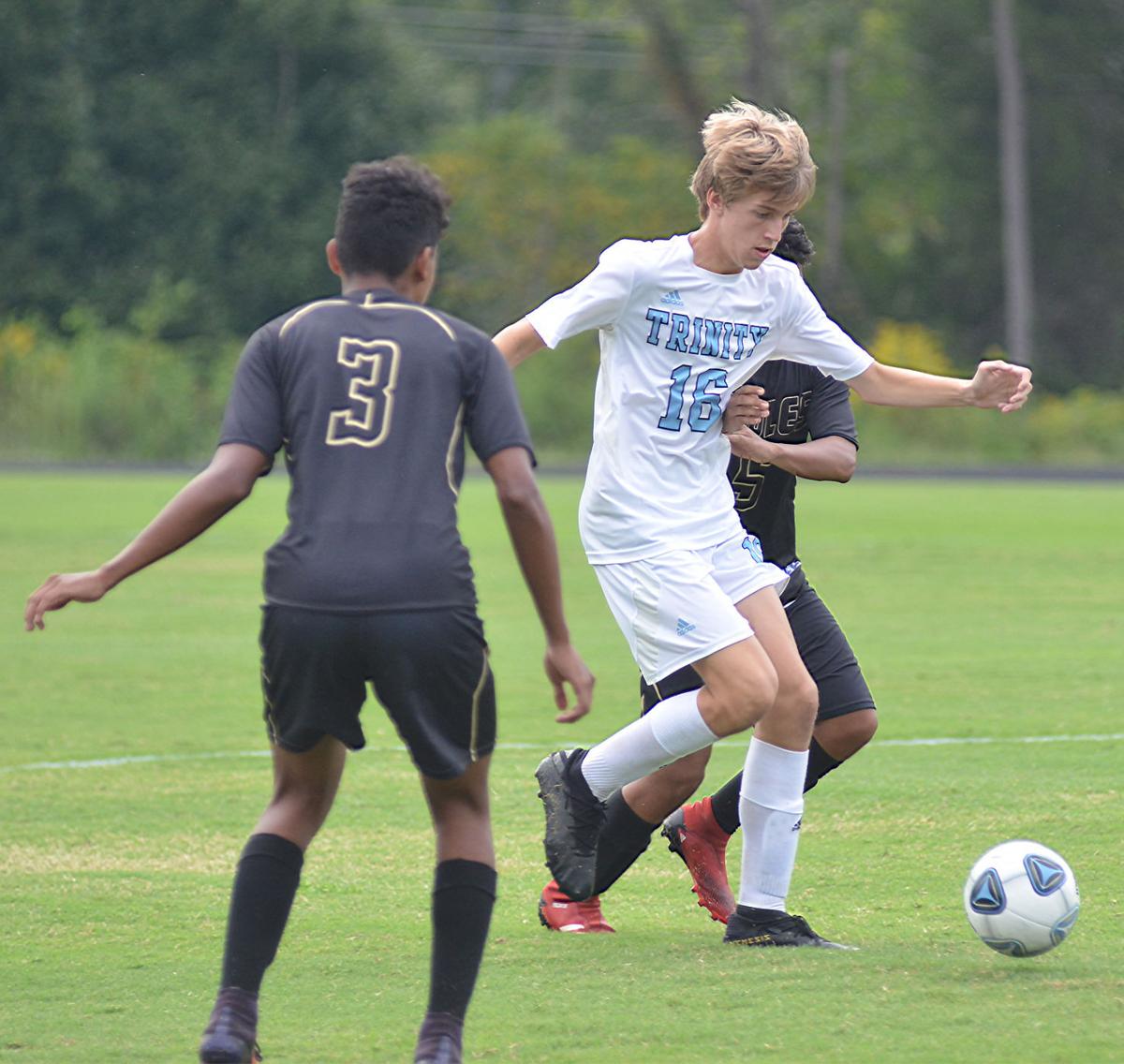 Trinity’s Kaleb Leach attempts to make a play on the ball during last week’s match at East Davidson.

Jose Gonzalez brings the ball down the field during last week’s loss to East Davidson.

The Bulldogs were riding high after wins over league rivals Southwestern Randolph and Wheatmore, while the Golden Eagles had dropped their first two contests of the season. It was the latter, however, who snapped that two-game skid, following losses at Ledford and Lexington with a 1-0 home victory over Trinity.

“It was just a matter of responding after a couple of games that didn’t go our way,” East coach Jordan Beck said. “We didn’t start off great. We started off very flat-footed, and we knew Trinity was confident coming off two big wins against two teams in their own conference. For us, it was a matter of just trying to find it when you could find it and take advantage when you could take advantage.

“I definitely think in the second half, we took advantage of the opportunities presented to us.”

The lone opportunity that resulted in a digit on the scoreboard was a goal by Matthew Campbell-Young with 17 minutes remaining in the match. After spending a considerable amount of time on the defensive in the first half, East began to shift the momentum after halftime and apply pressure on the Bulldogs’ back half.

“This was our third game this week, and every game has been just like this game,” Trinity coach Mike Sink said of the pair of 1-0 wins that preceded the loss. “East is good. They put a lot of pressure on us, and we started losing our legs in the second half. Overall, I thought we played pretty good. … We tried to match and move players, but it just didn’t work out.”

With the final nonconference matchup down, the Eagles will complete the remainder of the regular season with league opponents. Beck is pleased to enter the latter portion of their schedule with an added confidence that comes with getting a win over a well-coached club.

“Hats off to them. Mike Sink does a good job over there and has for as long as I’ve been around the sport.”