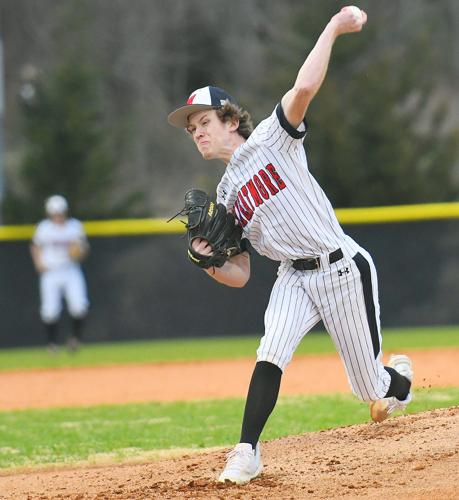 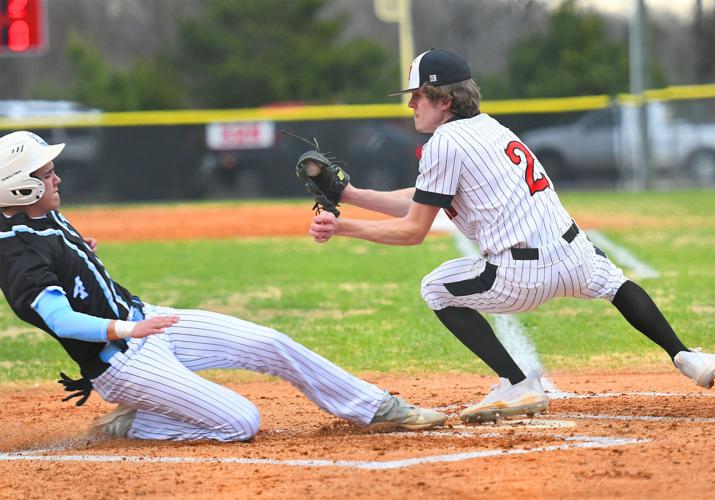 Dominating from the start, the Bulldogs overwhelmed rival Wheatmore 12-3 in a Piedmont Athletic Conference game that was stopped because of rain in the top of the sixth at Wheatmore.

Getting key hits and taking advantage of the Warriors’ miscues, Trinity (2-1,1-0) scored the first 12 runs before Wheatmore (1-2, 0-1) ended the shutout with its three in the bottom of the fifth.

“It’s a rivalry game so we never expected that,” Spencer said of the winning margin. “If we could do it every time we would. Those guys are really good competitors.”

Landen Mosley went the distance on the mound for the Bulldogs, limiting Wheatmore to one hit through the first four innings and finishing with a five-hitter. He also went 4 for 4 at the plate and drove in three runs.

“(Mosley) executed well,” Spencer said. “He’s a bulldog on the mound. He loves the moment. He stays even-keel and doesn’t get emotional, so that makes for a good high school pitcher.”

The three Wheatmore runs that cut the margin to nine prevented the game from being stopped because of a 10-run mercy rule after five innings.

“(Mosley’s) a strike thrower, does a really good job of getting the ball over the plate,” Spencer said. “If I had called better pitches (in the fifth) we might have got done a little earlier. I got in too much of a habit calling for fastballs. So that’s on me.”

Trinity scored three in the first, third, fourth and fifth.

Landen Mowery set the tone for the game with a leadoff triple and scored on an error on a fielders’ choice. Mosley then laced an RBI double and his courtesy runner Camden Nelson scored on a wild pitch.

In the fourth, Cole Mince and Mowery got on via walks and both later scored on two misplays at the plate following a passed ball. Little walked and scored on a Mosley single.

In the fifth, Mince laced a single that scored Reigo Rodriguez and Ethan Willard. Mince then scored on Parrish’s sacrifice fly.

“Our bats were strong,” Spencer said. “The guys were on time and they swung at good pitches and brought a lot of energy to the game. It ended up being in our favor.”

In Friday’s rematch at Trinity, Wheatmore lost their away conference game against Trinity by a score of 10-8.