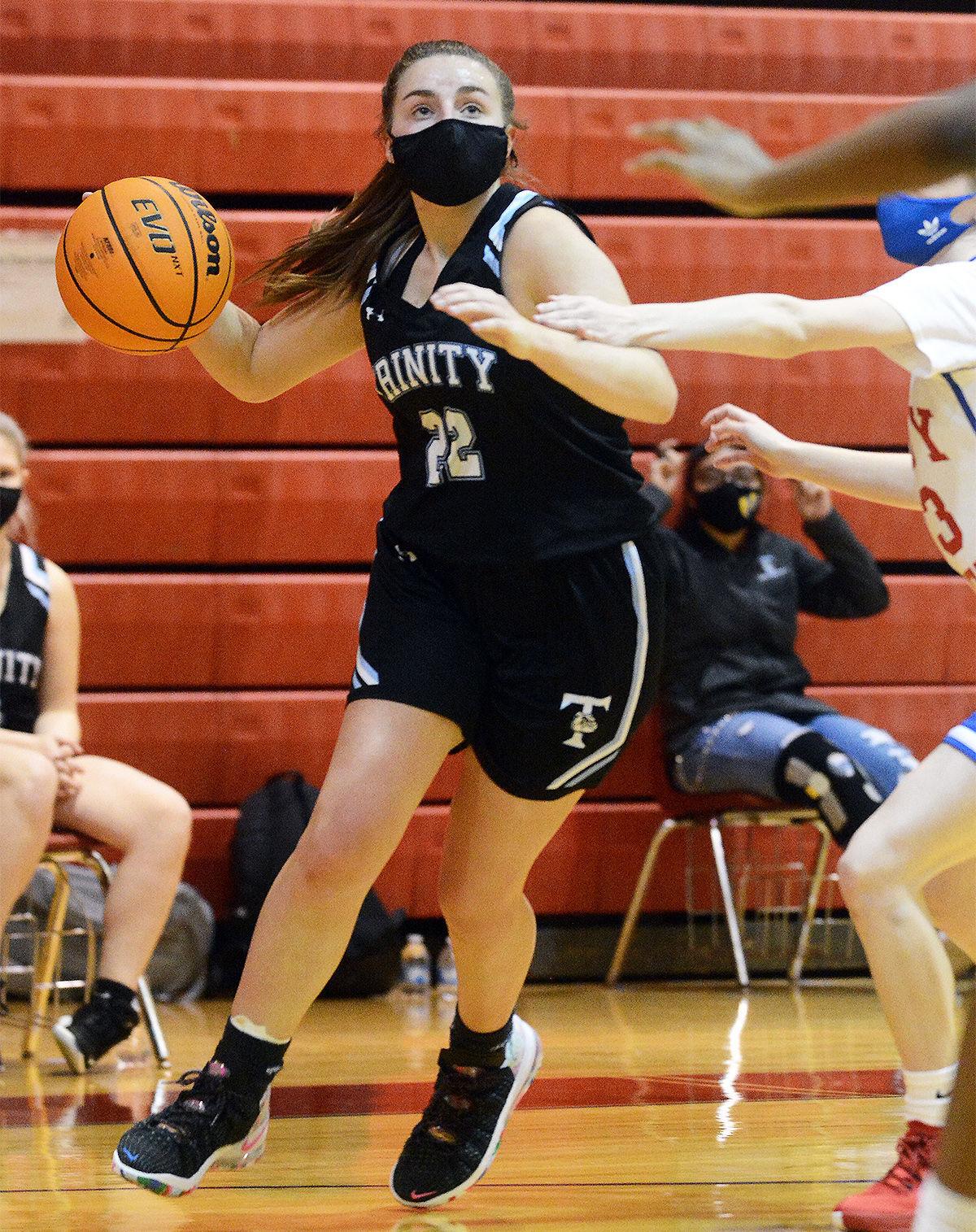 Trinity’s Autumn Gentry drives to the basket during Friday’s game against T.W. Andrews. 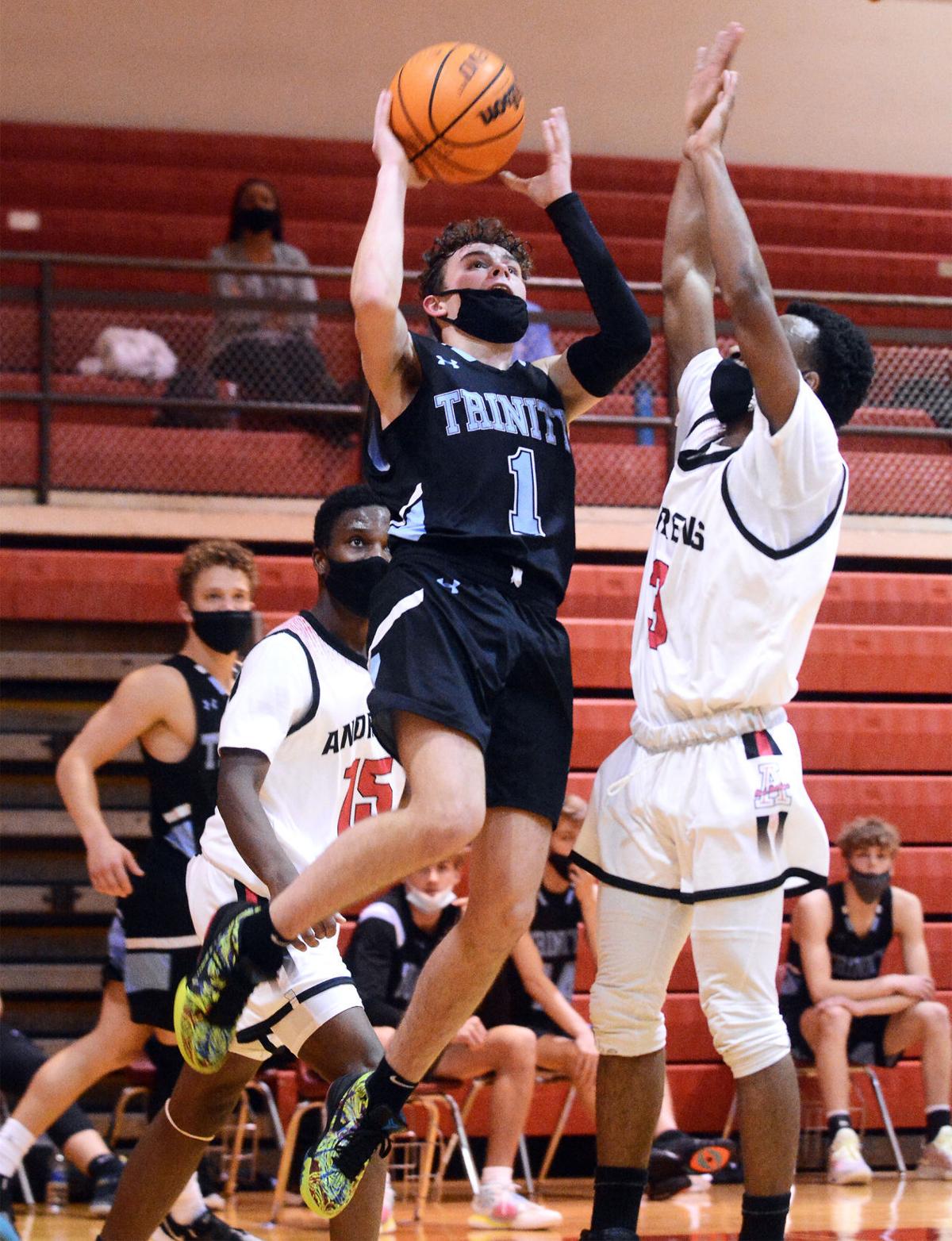 Trinity’s Autumn Gentry drives to the basket during Friday’s game against T.W. Andrews.

HIGH POINT — Trinity hasn’t had much opportunity to practice early this season. So the results haven’t been what it would like.

But the Bulldogs are coming around.

Trinity, after a lengthy delay in starting its season and three subsequent losses, picked up its first win by beating rival T.W. Andrews 71-53 in PAC-7 2A boys basketball last week in Andrews’ Foree Gymnasium.

In the girls game, the Lady Raiders built a big lead early and steadily pulled away to beat the Bulldogs 48-29.

“That’s the best we’ve played all year,” Trinity coach Tim Kelly Sr. said. “Now, we missed 28 days. And going into our first game we only had six practices. Now we’re finally … we’re still not where we should be. We made some mistakes tonight, but we did some good things.

“We’re just excited we got that first win,” he said with a laugh. “We made better decisions, shot the ball a little bit better. We’ve been getting looks and struggling. We’re really young — only two seniors got time. So, when you miss 28 days, I’m still trying to get to know them and they’re trying to get to know me.

“This was good for us. This is a hard place to play — I’ve been coming here a lot of years, and I’ve brought some really good teams over here and gotten my butt spanked. So, we’re just happy to get the win.”

“Tonight we just all talked and trusted each other — you shoot, I shoot and just believing your shot will go in,” Owens said. “And I think a lot of us just trusted ourselves. Like Garrett took it to the rack a lot of times, got steals. We talked well on defense, rotated. We had some bad plays and some bad calls, but we battled through it and got the win. That’s all that matters.”

Kireatha Baker scored 14 points while Ashley Bowman followed with eight points for Andrews (4-1, 4-1), which — forcing misses and turnovers on defense and getting to the basket on offense — led 16-4 after one quarter and 31-14 at halftime.

Andrews stretched their lead to 26 in the second half.

“I thought quarter for quarter we did better. We improved some,” he said. “We were able to run some of our sets. Andrews is a good team. I think the girls felt a little more comfortable tonight. They’re still young and learning the game, so I’m proud of them.

“Every practice we just try to implement things. They really didn’t understand the game and now they’re learning it. I just feel like they’re getting more comfortable on the floor. A year ago, it was ‘deer in the headlights.’ They didn’t understand where to go, what to do. Now they understand that. That’s a big plus for them.”