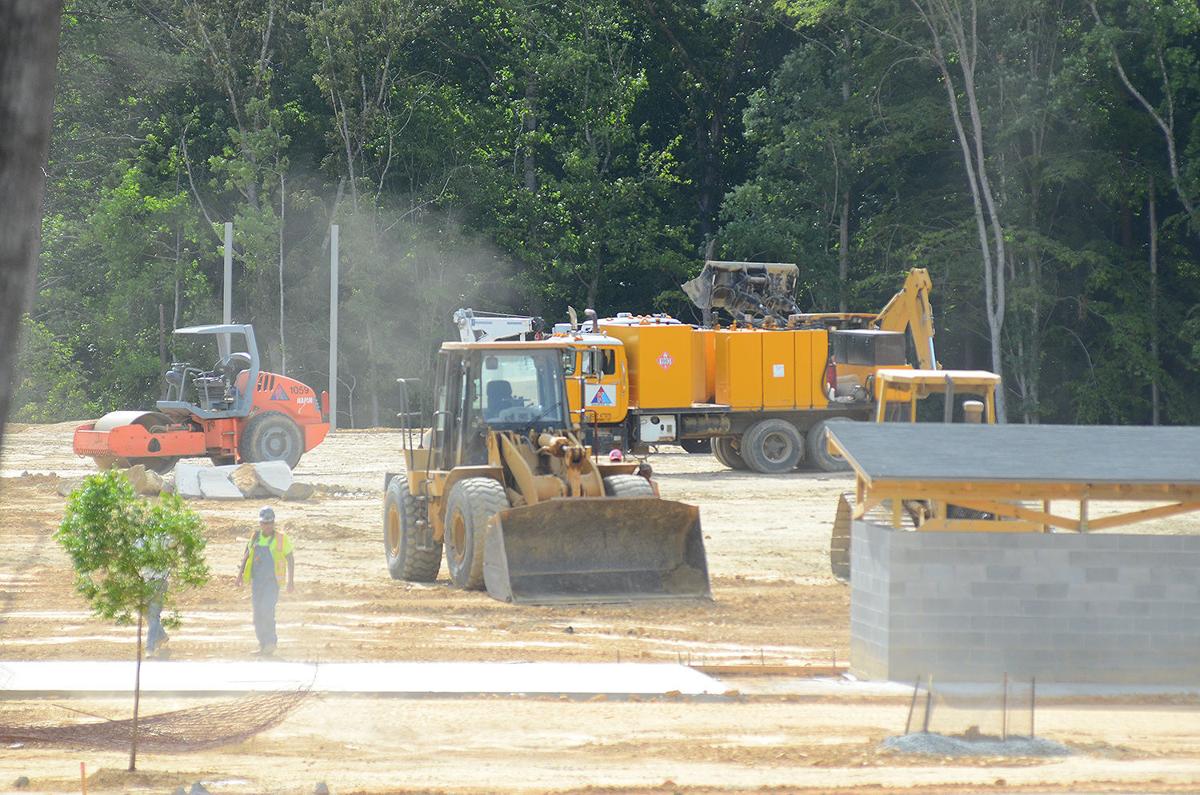 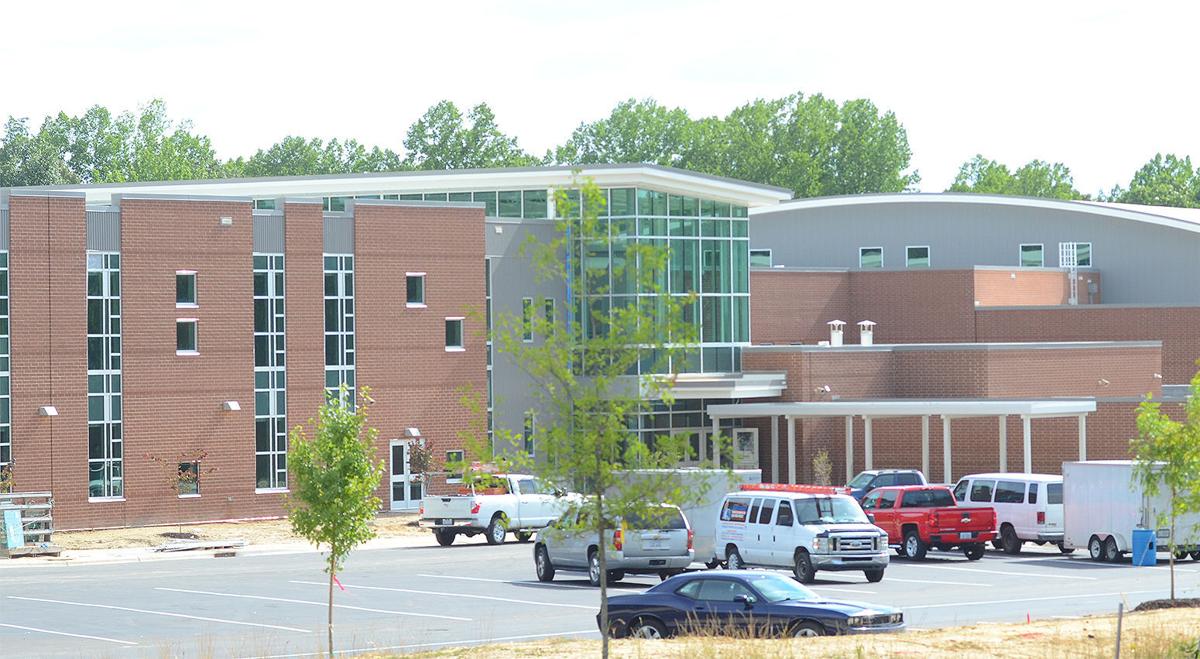 Trinity Middle School, pictured, is the newest addition to Randolph County Schools System. It will open in August. 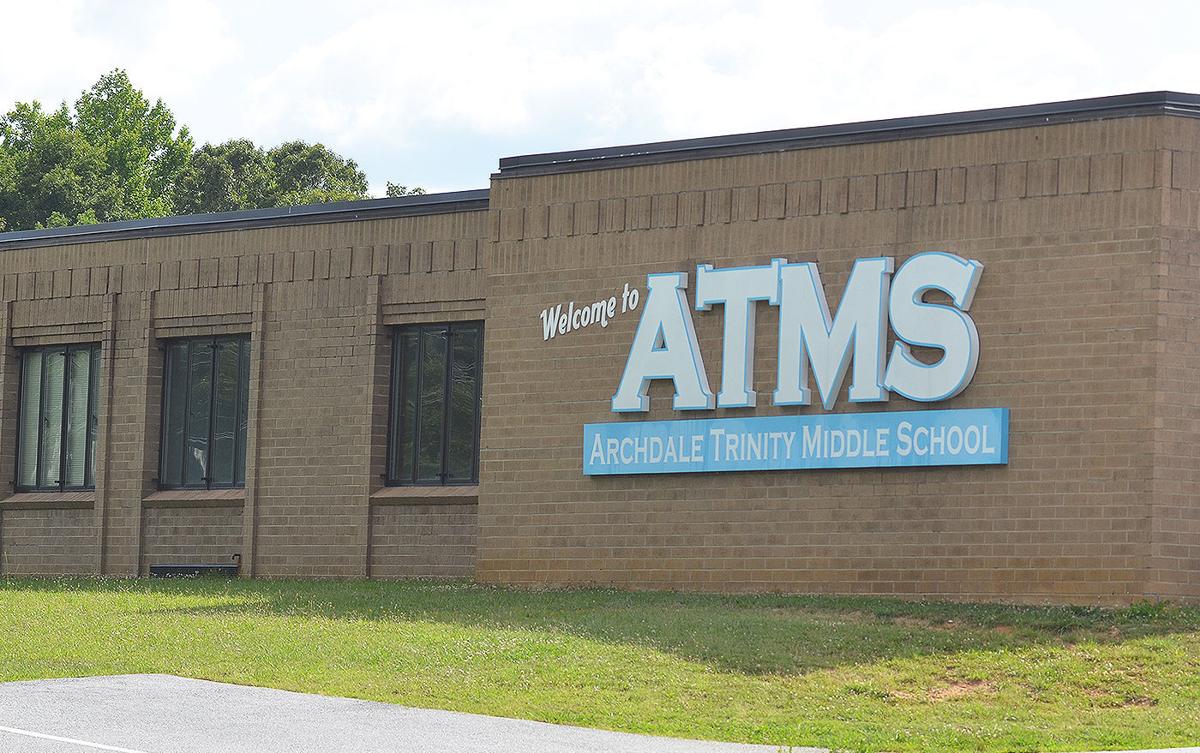 Trinity Middle School, pictured, is the newest addition to Randolph County Schools System. It will open in August.

RANDOLPH COUNTY — A new chapter for academics in Archdale and Trinity will begin this fall with the opening of the new Trinity Middle School.

Today, one step of that process will be complete, as Archdale-Trinity Middle School officially becomes Wheatmore Middle. Randolph County Schools Superintendent Stephen Gainey announced earlier this month that the longtime institution on Archdale Road will receive new colors and a new name.

The interior of the building was scheduled to be painted this month, Gainey said, to match the colors of Wheatmore High School.

Meanwhile, the Trinity Middle School project continues to move forward, as well. The school system is expected to begin moving furniture into the building today by sections. Athletic fields will not be ready for interscholastic events during the 2021-22 school year.

Trinity high and Wheatmore middle schools will host Trinity Middle School contests for the upcoming school year. Offseason workouts for those sports continue throughout the summer for the upcoming fall season at each of the county’s schools.

Gainey thanked principals, athletic directors and coaches for the work they put into the 2020-21 academic year, allowing middle and high school students to participate in athletics in spite of the COVID-19 pandemic.

“I do believe those efforts are playing right into the amount of activity we have on campuses now with our workouts,” Gainey said. “There is a lot of excitement throughout the county with workouts, and I just appreciate all that the principals, athletic directors and coaches did throughout the last year to get us to this point.”

For years, Archdale-Trinity Middle School has been the feeder institution for both Trinity and Wheatmore high schools. Consideration for the new middle school dates back to 2016, when county commissioners heard a proposal from Gainey. He presented a portion of an RCS building plan, which emphasized the overcrowding at ATMS and the intended temporary nature of the county’s contingency implemented 20 years ago.

At that time, he offered that Braxton Craven, the district’s 6th-grade school, is the system’s second-most crowded school and ATMS is its fifth-most crowded. Students from ATMS, which houses 7th and 8th graders, come from five elementary schools. Gainey estimated that the school populations at Braxton Craven and ATMS could create two sizable middle schools with approximately 564 students per school.

The new facility was built on approximately 64 acres donated by William and Linda Aldridge off of Surrett Drive near Trinity High School. In addition to the school building, baseball and soccer/football fields are in the process of being developed on site.