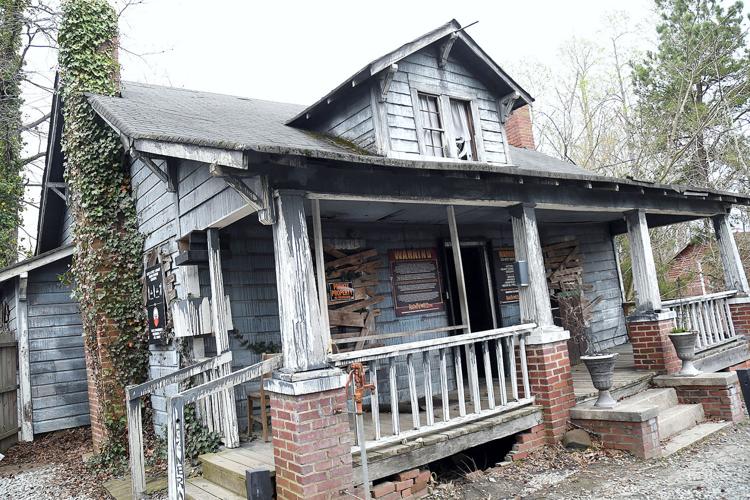 Think you might find any ghosts in this creepy old farmhouse at Kersey Valley? The house is rumored to be haunted by a spirit known as “The Fiddler,” and ghost-hunters can now investigate the house for a fee. 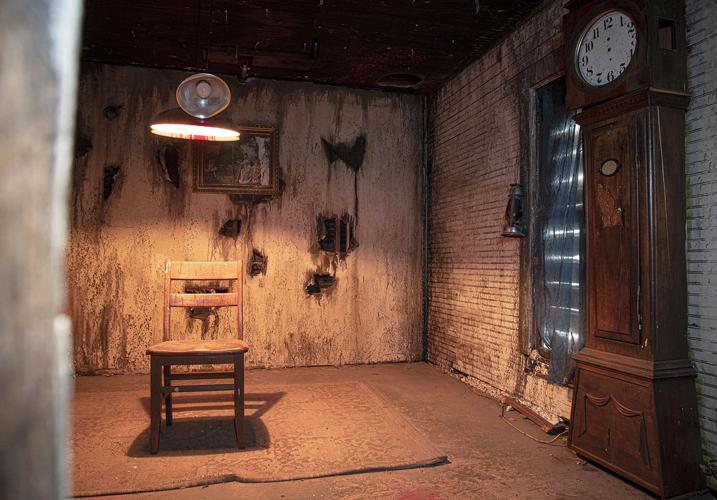 The inside of the old farmhouse at Kersey Valley gives off spooky vibes. It’s part of the popular Spookywoods haunted attraction.

Think you might find any ghosts in this creepy old farmhouse at Kersey Valley? The house is rumored to be haunted by a spirit known as “The Fiddler,” and ghost-hunters can now investigate the house for a fee.

The inside of the old farmhouse at Kersey Valley gives off spooky vibes. It’s part of the popular Spookywoods haunted attraction.

For nearly four decades, the owners of Kersey Valley Attractions have been inviting thrill-seekers to come get the bejesus scared out of them at their popular Spookywoods haunted attraction.

That’s the premise of Kersey Valley Paranormal, the latest adventurous outing from Kersey Valley Attractions, joining such offerings as zip-lining, ax-throwing, escape rooms and, of course, Spookywoods. For a fee, individuals or groups can spend from 90 minutes up to eight hours investigating the supposedly haunted property, and Kersey Valley will even provide high-tech paranormal equipment similar to what professional ghost-hunters use.

“I’m a very big skeptic and didn’t really believe in this stuff, but I will say that a lot of strange, unexplained things have happened to us here,” says Tony Wohlgemuth, owner of Kersey Valley Attractions. “We’ve had lights turning on and off by themselves. Mysterious footsteps. A person walking into the house that looks like a shadow.”

That’s not just a business owner trying to hype his latest money-making venture. Paranormal researchers who have investigated at Spookywoods report similar experiences.

“There’s a lot of paranormal activity out there,” says Tonya Denny, head of Kernersville Paranormal Research — and formerly associated with the Winston-Salem Paranormal Society — who has spent untold hours investigating the property (with Wohlgemuth’s permission) over the past 15 years.

“I do EVP, which is electronic voice phenomena. I’ve heard whispers: ‘Help.’ ‘Find me if you can.’ We’ve had members who’ve heard footsteps when no one was there, or they’ve had other strange things happen. There’s definitely paranormal activity there.”

Wohlgemuth, who grew up on the Kersey Valley property, says the previous owner told him the property sits on what was once a Native American burial ground, which he thinks could account for some of the paranormal activity there. EVP recordings have supposedly picked up the faint sounds of Native American drums and chants.

Wohlgemuth has also heard rumors of a woman who may have committed suicide there, a story that paranormal researchers are investigating.

The best-known ghost story associated with the property, however, is that of a spirit known as “The Fiddler,” who is believed to haunt the upstairs rooms of an old, creepy-looking farmhouse at Kersey Valley.

According to the tale, which has been written about in the local newspaper and in the book “Ghosts of the Triad,” a heavyset man who often traveled through High Point in the early 1930s sometimes stayed in an upstairs room at the farmhouse. During his stays, he became known for pulling out his fiddle after dinner and playing a few tunes, which delighted the family living there and other boarders.

Sadly, the man died in his sleep at the house. Soon after, the family began hearing heavy, shuffling footsteps upstairs when they knew no one was there. One night after dinner, they heard the distinct strains of fiddle music — a tune they recognized as one their guest had played for them — and the ghostly fiddle playing became a regular occurrence.

Thus was born the legend of “The Fiddler.” Denny says EVP recordings from the house have even picked up fiddle music.

For the 90-minute experience, the cost is $32 per person, and Kersey Valley will provide ghost-hunting equipment, as well as a trained guide. For the four-hour and eight-hour investigations, which are aimed more at organized ghost-hunting groups, the cost is $600 and $1,000, respectively. Three guides will be provided for those investigations, but the groups are expected to bring their own equipment.

“We’ve heard so many stories about paranormal activity out here, we just thought it would be fun to let people come investigate,” Wohlgemuth says. “Some people believe in it and some don’t, so we wanted to just let the public come decide for themselves.”