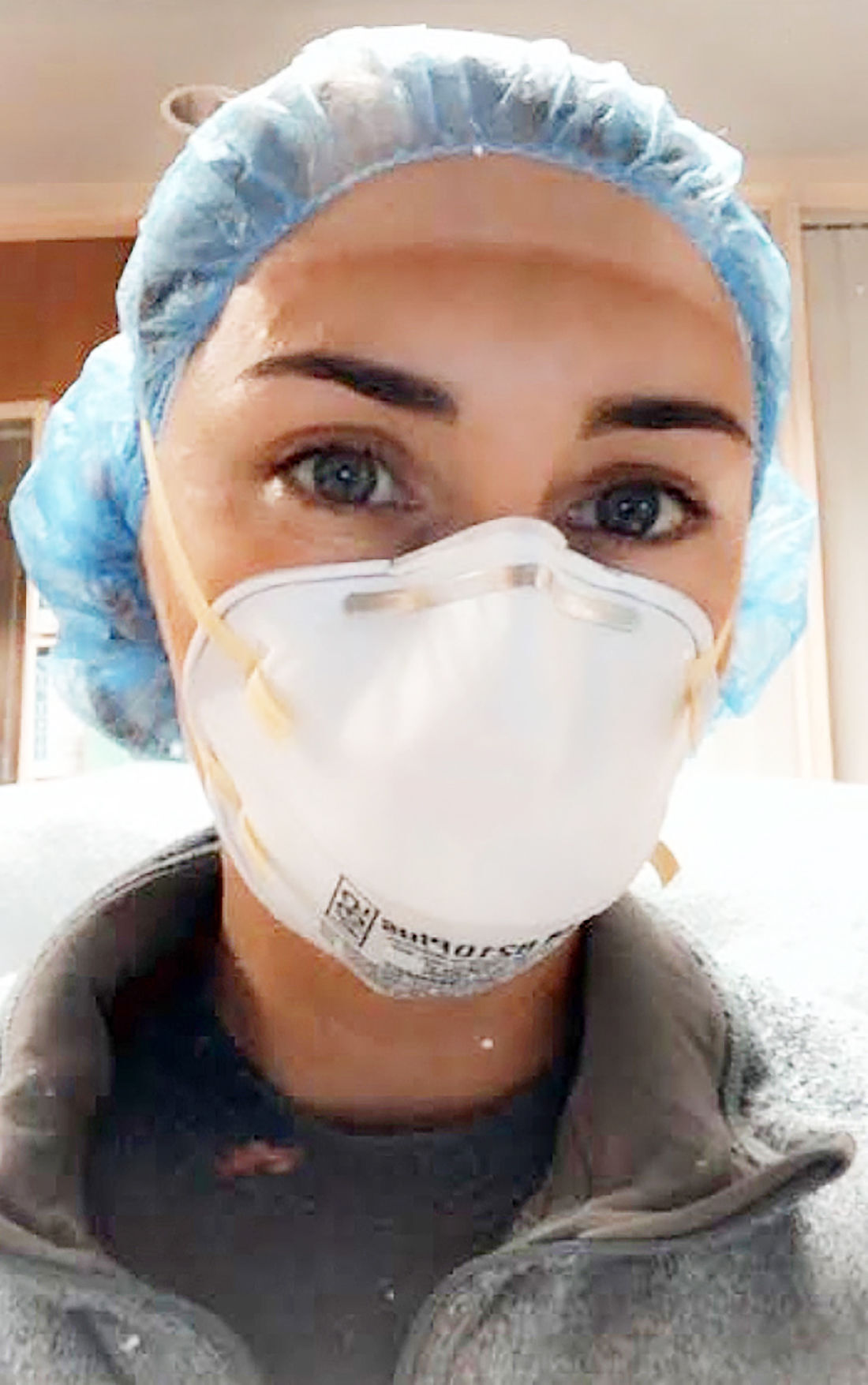 Stephanie Dixon, a critical-care nurse in the ICU at High Point Medical Center, has spent the past year assisting patients with COVID-19, sometimes helping them get better, sometimes holding their hands as they died. 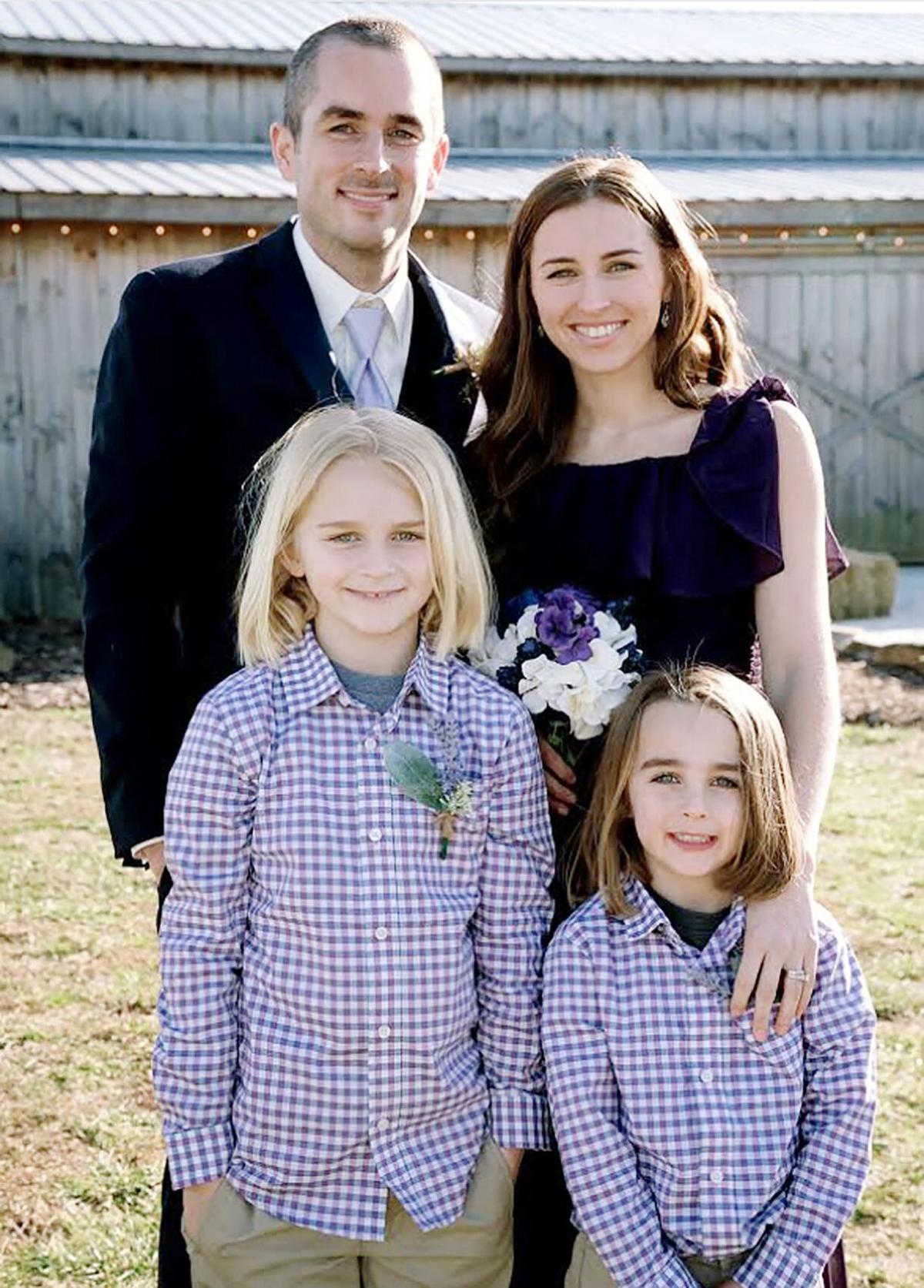 Critical-care nurse Stephanie Dixon, of Trinity, feared bringing the coronavirus home from the hospital and infecting her family, which includes her husband, Brandon, and two sons, 7-year-old Sawyer and 4-year-old Weston.

Stephanie Dixon, a critical-care nurse in the ICU at High Point Medical Center, has spent the past year assisting patients with COVID-19, sometimes helping them get better, sometimes holding their hands as they died.

Critical-care nurse Stephanie Dixon, of Trinity, feared bringing the coronavirus home from the hospital and infecting her family, which includes her husband, Brandon, and two sons, 7-year-old Sawyer and 4-year-old Weston.

TRINITY – Imagine being a young, inexperienced nurse in a hospital’s intensive care unit, where life and death often wrestle for the patients who come there.

Now imagine being in that same ICU, still an inexperienced critical-care nurse, when a deadly virus comes through the door — day after day after day — and you come face to face not only with the virus itself, but with its lethal consequences.

That was 2020 for Stephanie Dixon, a self-described “brand-new baby nurse” who had less than a year of experience at Wake Forest Baptist Health’s High Point Medical Center when the COVID-19 pandemic reached High Point last March.

“I got thrown into it, and it was hard,” recalls Dixon, 27, of Trinity. “There were times when I had breakdown after breakdown, and I would think, ‘I don’t know if I can do this, dealing with all this death.’ It really made me question if I could do this job.”

A year later, though, she’s still there, thankful for what she’s learned, and thankful to see the pandemic finally appears to be losing strength.

Dixon’s earliest memory of COVID-19 was in early 2020, when her mother — who is also a nurse — sent her a link to a story about the coronavirus, which was wreaking havoc overseas but had not yet reached the United States. Her mother feared for her daughter’s safety working in an ICU, where she knew she would see patients affected by the virus.

“I didn’t even open the link,” Dixon recalls. “I was, like, this is not gonna come here — it’s not gonna affect us.”

She was wrong. Within a couple of weeks, Dixon began attending staff meetings about the virus.

“They were saying how bad it was going to be for patients and for us, and what we should expect,” she recalls.

The words Dixon heard painted a bleak picture of what she was about to confront: Deadly virus. Highly contagious. Ventilator. Mortality.

“The day we had our first COVID case at the hospital, probably around the end of March, I was about to have a total breakdown,” she says. “I was so scared of catching it and taking it home to my family.”

Before long, though, her fear gave way to compassion, especially when she saw how sick her patients were and how scared they were themselves.

“Just looking in patients’ eyes,” she says, “you can tell how scared they are.”

One factor contributing to their fear was not being able to have family members in the ICU with them because of strict COVID protocols. In those cases, Dixon connected the patients with their family members on Zoom calls, particularly when the patient was about to be put on a ventilator. Other times, she found herself encouraging patients herself — “You’re going to be OK,” or, “You can still fight this” — even when she knew they had little hope of survival. She often prayed with them.

“You really become like family to these patients,” she says. “They leave a mark on your heart, and it’s going to be there for the rest of my career.”

Dixon can tell story after story about the patients she cared for over the past year. For example, there was the man who’d been on a ventilator for weeks, until his wife finally was allowed to come see him because he no longer tested positive for COVID.

“I’ll never forget that day,” she says. “She stood over him and prayed for him, and prayed for all the doctors and nurses. She cried, I cried, everybody was crying, and then I even saw a little tear roll down her husband’s face. It still gives me chills.”

She remembers the woman at death’s door who wanted one last meal — tomato soup and chocolate milk — but couldn’t come off of oxygenation long enough to enjoy it.

“If I could just have a squirt bottle,” she told Dixon.

That night after work, Dixon bought the woman a squirt bottle, and the next day she had her tomato soup and chocolate milk before dying.

She remembers the recent death of a young man — far too young — whose passing left a scar on her heart and caused her to question, yet again, whether she could continue being a nurse.

She recalls the man whose family was rushing to the hospital to see him before he died, but there was very little time. Dixon sat in the bed holding his hand, softly encouraging him to hang on until his family arrived. They got there shortly before he died.

“I look back now, and I can tell what a difference I’ve been making for these patients and their families,” Dixon says. “That’s why I wanted to go into nursing, and that has pushed me to keep going.”

“It’s been hard,” she says, “but I’m more sure now than the day I graduated from nursing school that I was meant to be a nurse.”