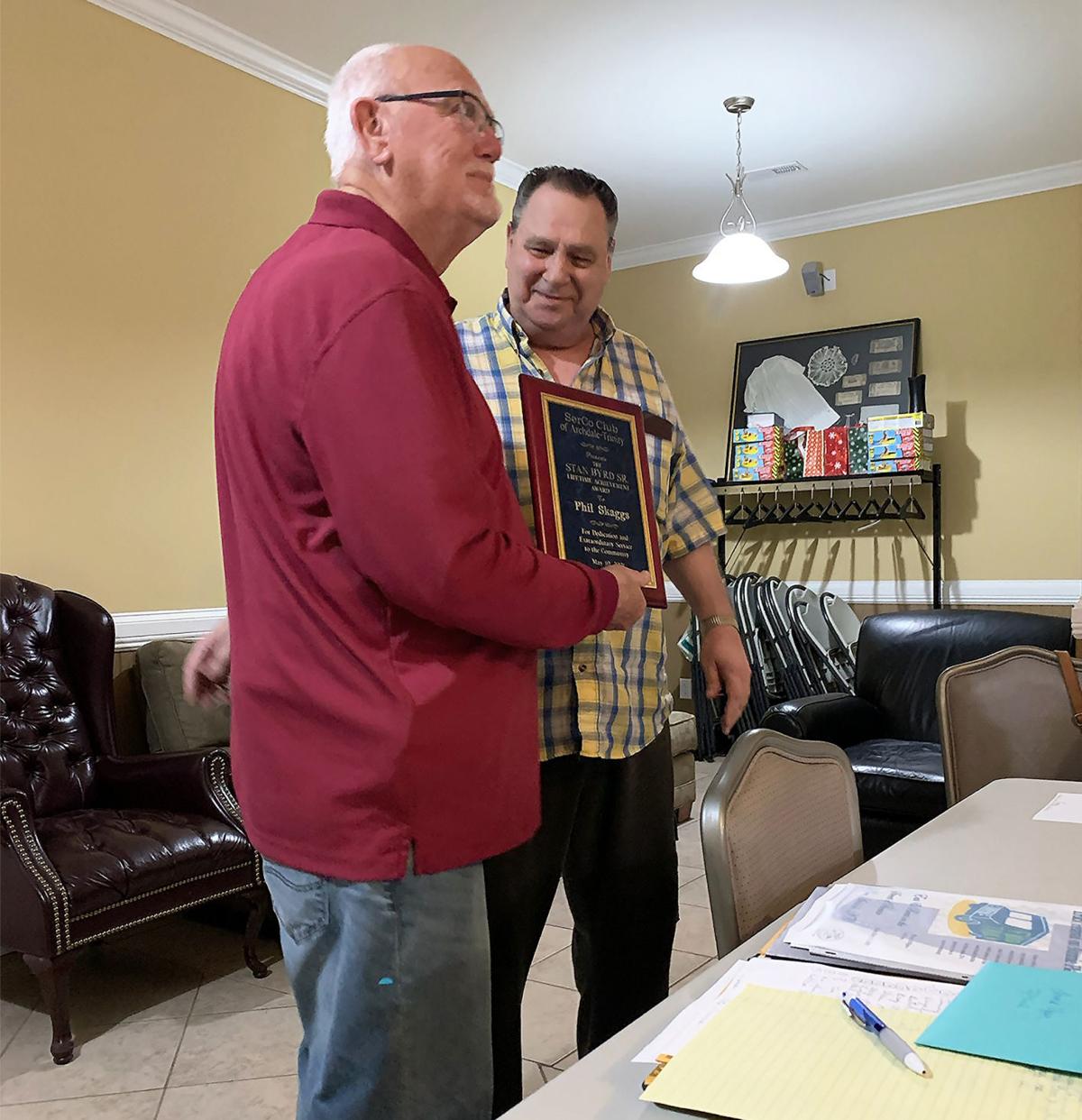 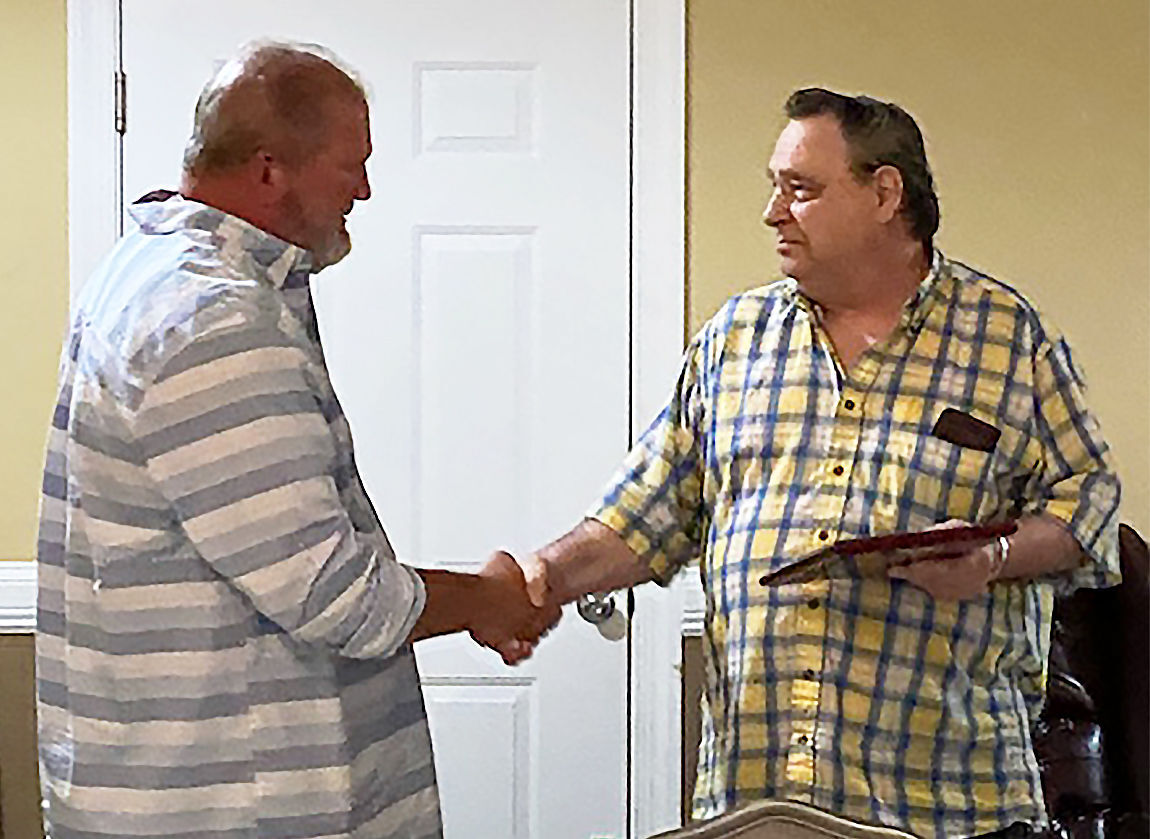 J.D. Peace, left, congratulates Phil Skaggs on his service to the SerCo Club of Archdale-Trinity. Peace, who has served as president of the club for eight years, said Skaggs provided dependable service in several roles. 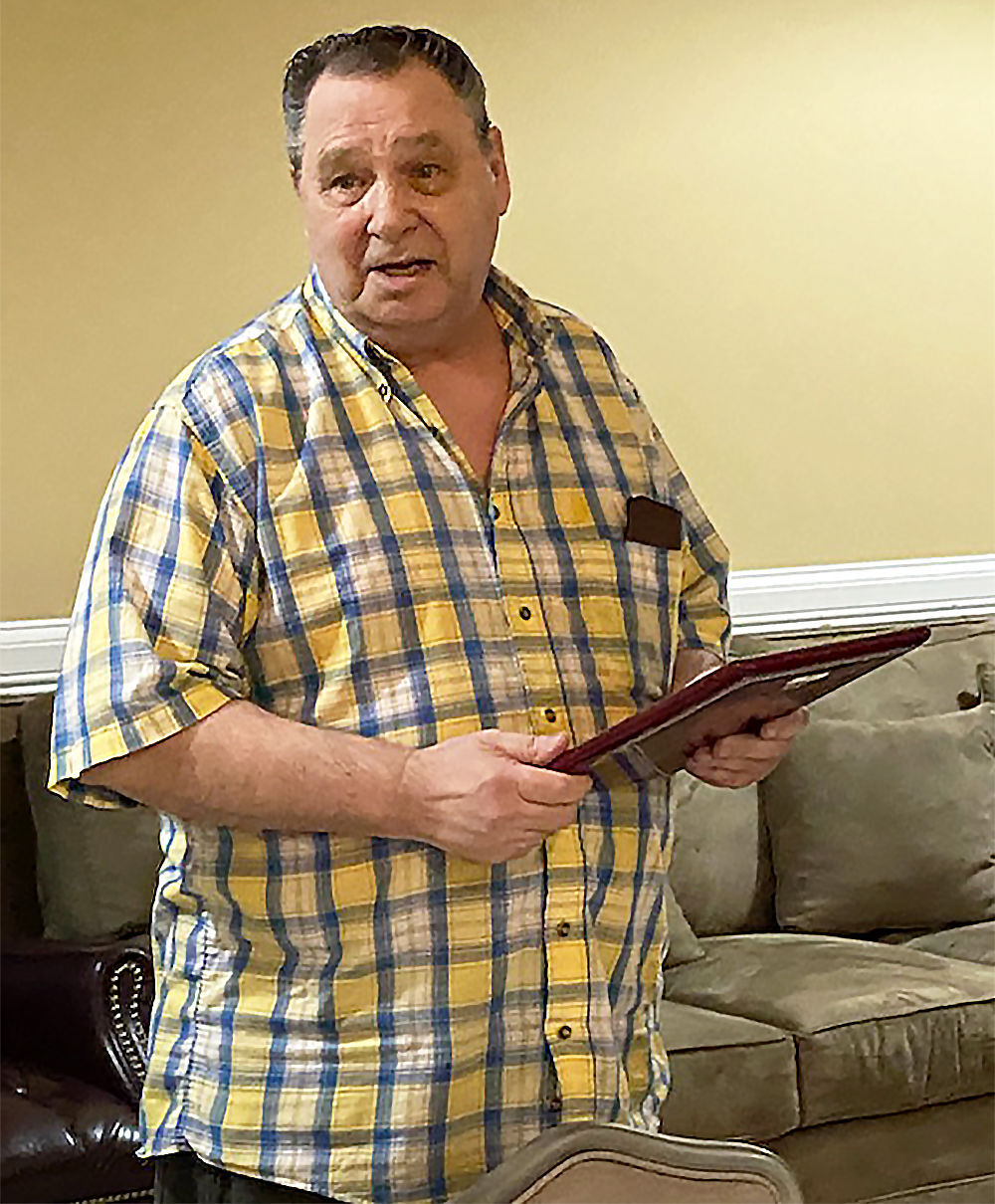 Phil Skaggs retired as treasurer of the SerCo Club of Archdale-Trinity after 26 years last Monday.

J.D. Peace, left, congratulates Phil Skaggs on his service to the SerCo Club of Archdale-Trinity. Peace, who has served as president of the club for eight years, said Skaggs provided dependable service in several roles.

Phil Skaggs retired as treasurer of the SerCo Club of Archdale-Trinity after 26 years last Monday.

ARCHDALE — A longtime member of the SerCo Club of Archdale-Trinity stepped away from his role as treasurer last week after 26 years.

Phil Skaggs was presented with the Stan Byrd Lifetime Achievement Award for his lengthy service to the community at the most recent meeting of the club last Monday. For an organization that has been a city institution for 35 years, Skaggs has been an ambassador nearly as long as the group has been around.

According to J.D. Peace, president of the SerCo Club of Archdale-Trinity, his workmanlike approach was reflected in the details of his tenure, all the way down to his role at the last meeting.

Skaggs has stated his intention to continue to be an active member. At one point, he served as president, secretary and treasurer of the club all in one year and was the treasurer for all 26 years. His surprise retirement dinner gave those in the community an opportunity to express their appreciation.

Peace was complimentary of Skaggs’ efforts, saying he has been willing to support the group’s mission even as the workload became substantial. He joked that since he became president, he’s leaned on Skaggs for more as the club’s reach has grown.

“I’ve been president of the organization for eight years, and I told him, ‘I know that I have brought a lot of misery to you because of all the things that we do now, instituting all of these things, because you have a lot more to keep up with,’ ” Peace said. “He just laughed and said, ‘Yeah.’ ”

The Archdale-Trinity SerCo Club was chartered in February 1984 as an organization that bears the abbreviated name to signify “Service to the Community.” Each year, the club provides assistance to those in need by helping to pay heat, utilities, rent, groceries, school supplies and other bills.

Hal Surratt was sworn in as acting treasurer and will take over the duties of tending to the financial feasibility of the group’s projects. One such highlight on the calendar is the annual Archdale-Trinity Cheer Fund, which provides Christmas gifts for the children of families who cannot afford them. Large stockings filled with blankets, toys, candy, books, toothbrushes and other assorted items are also distributed.

The group also partners with Creekside Park for several events, including free movie nights throughout the year. The SerCo Club also sponsors the Archdale Christmas Parade.

To learn more about the SerCo Club, visit archdaletrinityserco.org.