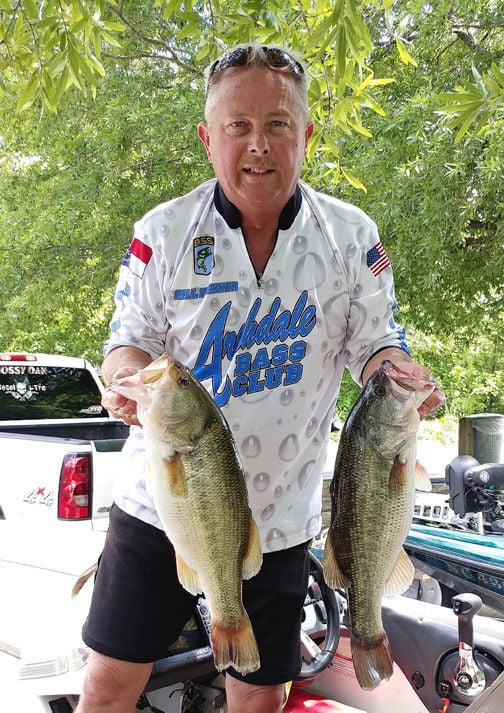 Bill Frazier snagged five fish weighing in at a total of 18.64 pounds to win the tournament at Jordan Lake. 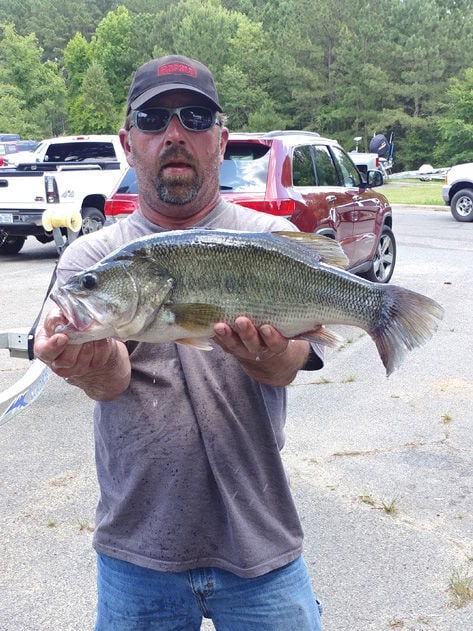 Big fish of the tournament went to Harold Pridgen with this catch weighing 6.08 pounds.

Bill Frazier snagged five fish weighing in at a total of 18.64 pounds to win the tournament at Jordan Lake.

Big fish of the tournament went to Harold Pridgen with this catch weighing 6.08 pounds.

Occasionally your Archdale Bass Club breaks away and ventures to launch ramps less traveled. This month, we voted to fish Jordan Lake near Chapel Hill for our first June event.

Many of the clubbers had never been on the lake. Which is a shame. For many years, Jordan has owned a reputation as being a bass factory but it is not like many other North Carolina ponds. It tends to confound many anglers, primarily, because it was not built for power generation. It is a flood control lake. That makes most of the impoundment more like a big swamp compared to the other deeper running water lakes across the state.

Which plays to the strengths in my deep-running Memphis, swamp water, roots. Thanks to so many friends like those I grew up fishing with, then later, ones that helped me start my competitive fishing career, Jordan was the first of the bigger water lakes where I felt confident I could consistently catch good quality fish and win tournaments. So, this event was a little like going home and visiting a good, old friend.

Harold Pridgen keeps his streak alive with another Big Fish honor. He brought a 6.08 pound lunker to the scales anchoring his third place finish with 5 fish and 12.74 pounds. Young gun Tyler Moss took second place with 5 fish and 15.42 pounds. And, in first place, my old friend did not let me down. A bit awkwardly as always, your author won Jordan with 5 fish and 18.64 pounds.

Our next event will be later this month on June 23. The club voted to go back to the Yadkin Lakes and fish High Rock. It should be a good event in terms of timing. The fish are in post spawn patterns, predictable and still have not moved off shore to their beat-the-heat summer haunts.

If you’ve been waiting for that fair-weather time to start your fishing season, take advantage of this small window of opportunity. Grab a friend, old or new, and get your fish on. We’ll see you on the water.