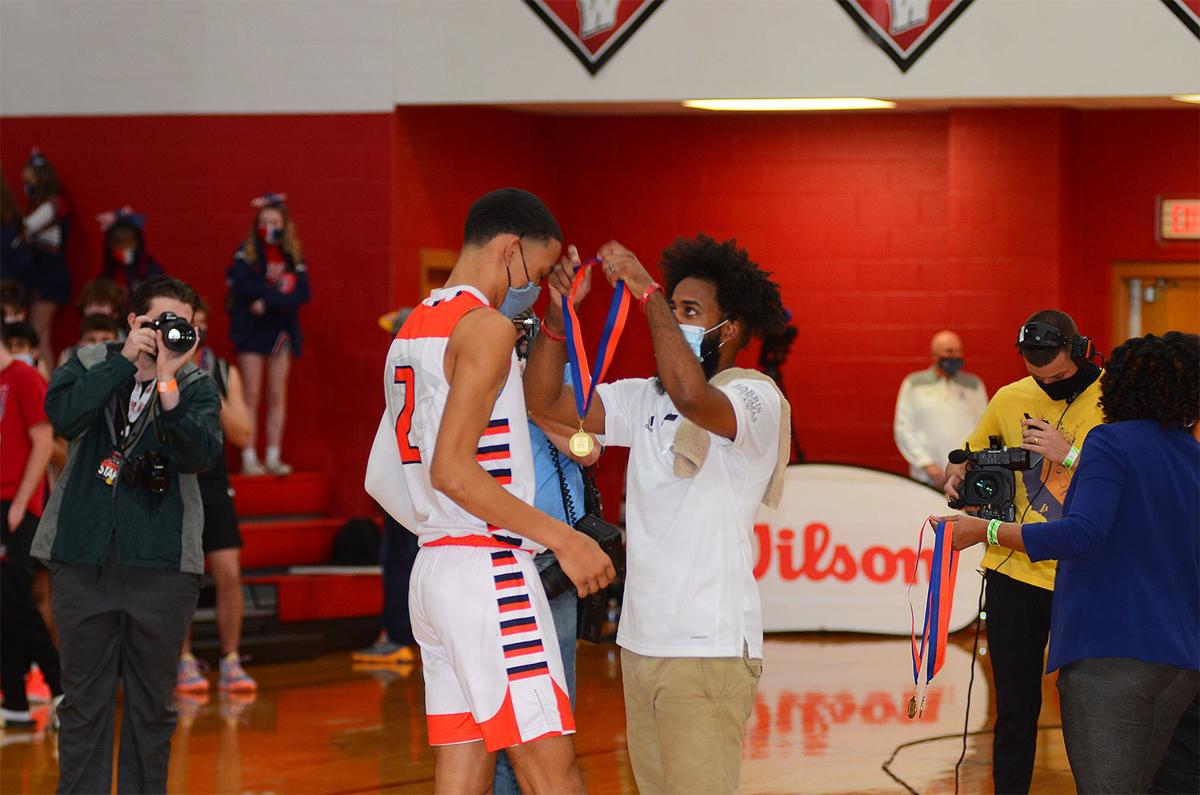 Wilson Prep’s Omarreyon Johnson receives a medal for his participation in the 2021 NCHSAA 1-A basketball championship at Wheatmore High School. 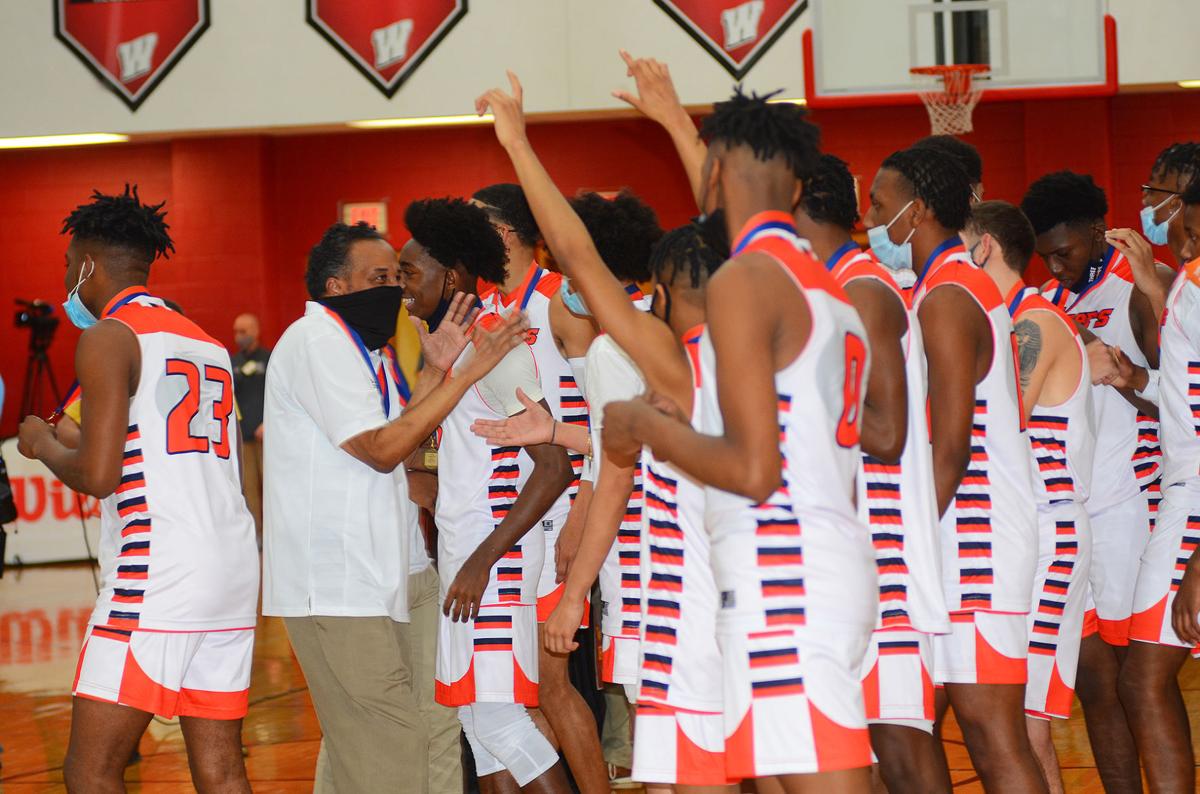 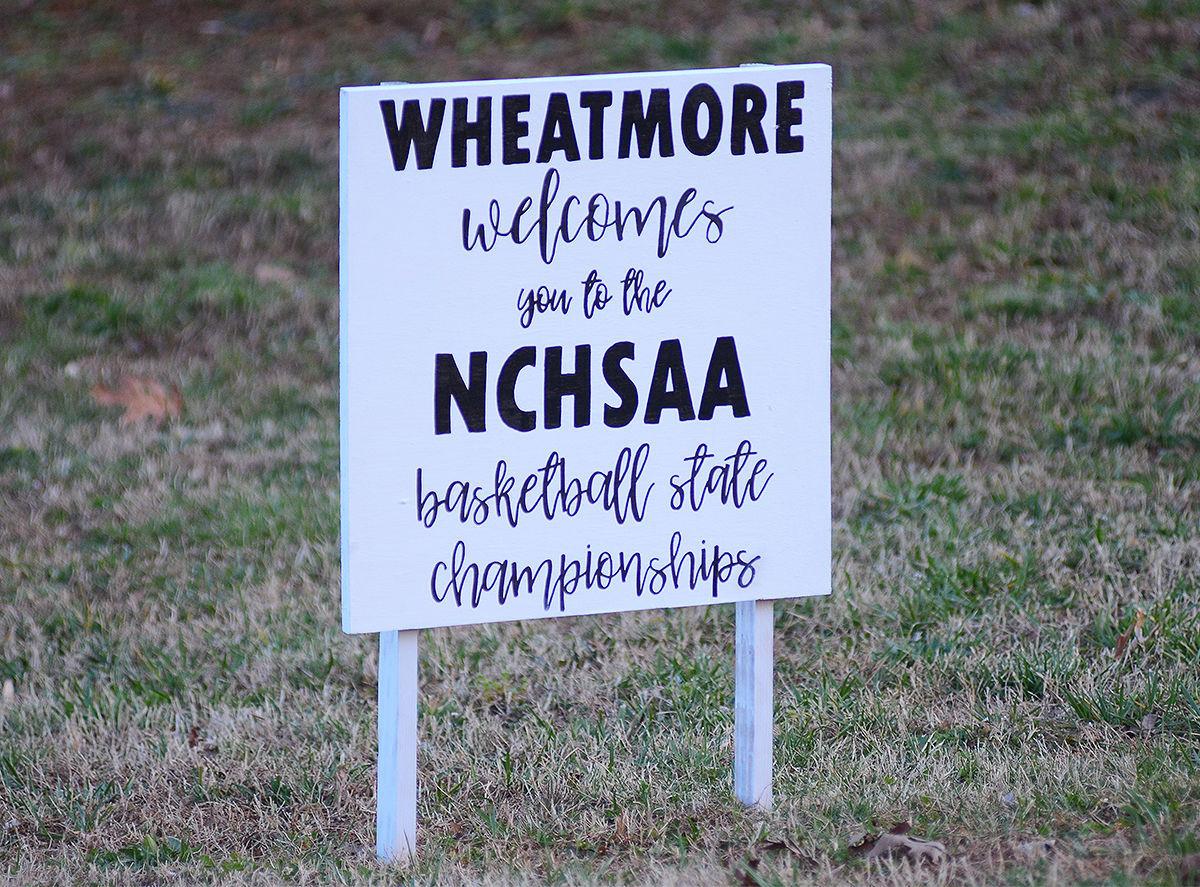 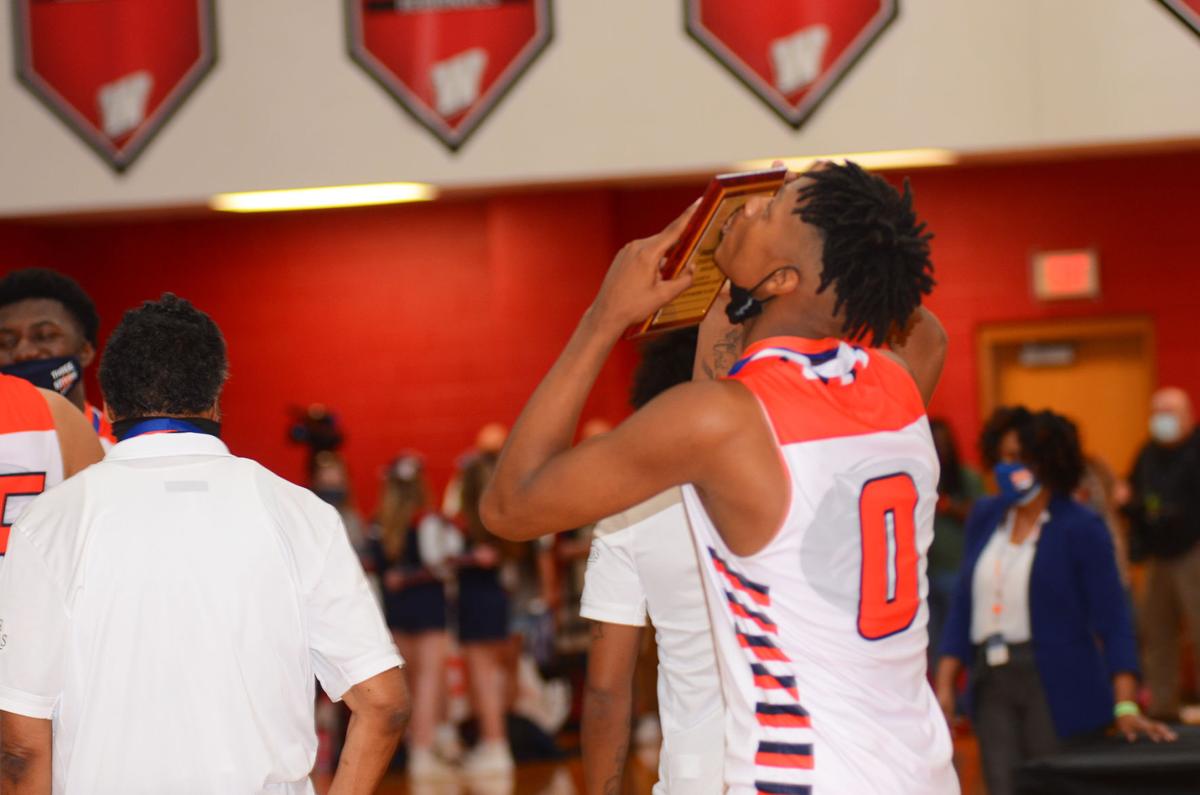 Wilson Prep’s Omarreyon Johnson receives a medal for his participation in the 2021 NCHSAA 1-A basketball championship at Wheatmore High School.

TRINITY — When the COVID-19 pandemic left North Carolina High School Athletic Association with little choice but to reschedule and relocate basketball championships for the 2020-21 season, the association was intent on reaching residents in the heart of the state.

The result was a Saturday of classics on the hardwood that provided an opportunity for area high schools that has not been available in more than four decades. Instead of fans packing into the Smith Center in Chapel Hill and Reynolds Coliseum in Raleigh, the NCHSAA moved the championship events March 6 inside high school gymnasiums for the first time since 1980.

“These events [are] great opportunities to highlight our outstanding facilities and personnel while providing a championship level experience for the student-athletes and teams that advance to these state championships,” said Stephen Gainey, superintendent of the Randolph County School System.

Wheatmore High School had the opportunity to serve as one of two host sites for the finals of the state’s basketball tournament, sharing center stage with Providence Grove High School. Those two schools were the first to have this honor since Garner and Durham high schools hosted the championship games 41 years ago.

Teams took the court beginning at 10:30 a.m., beginning with the 4-A women’s final in which Z.B. Vance netted a 74-38 win over Garner. In the second game of the day, Murphy cut down the nets for the program’s fourth state championship with a 76-34 victory over Princeton for the 1-A women’s title. It was redemption for the Bulldogs, who were named co-state champions with Weldon when the state finals were cancelled last year due to COVID-19.

Wilson Preparatory Academy’s 65-58 victory over Lincoln Charter in the NCHSAA 1-A men’s championship game marked the first time the school won a state championship in any sport. The nightcap featured an overtime thriller, with Millbrook topping Ardrey Kell 67-65 for the 4-A men’s title.