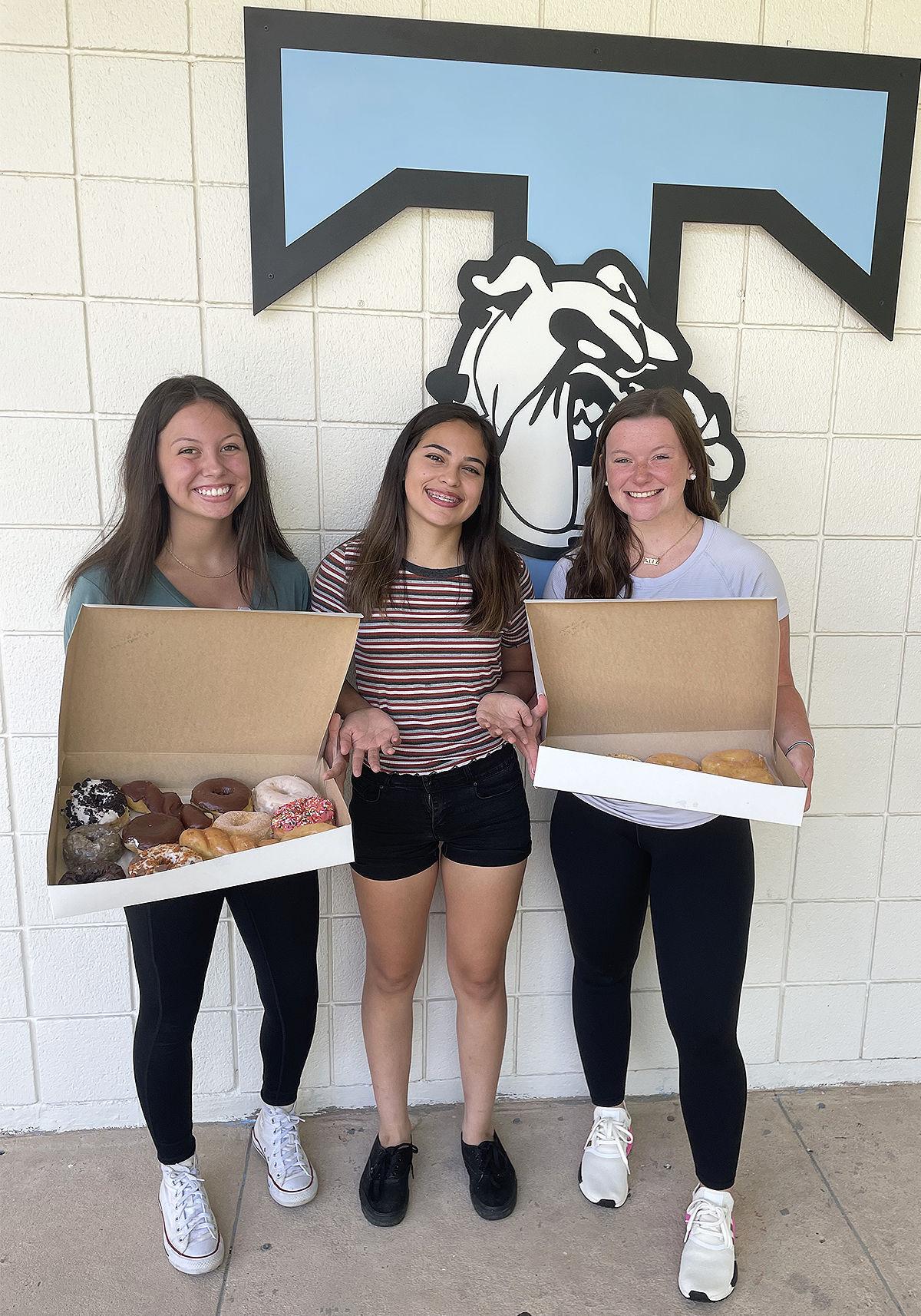 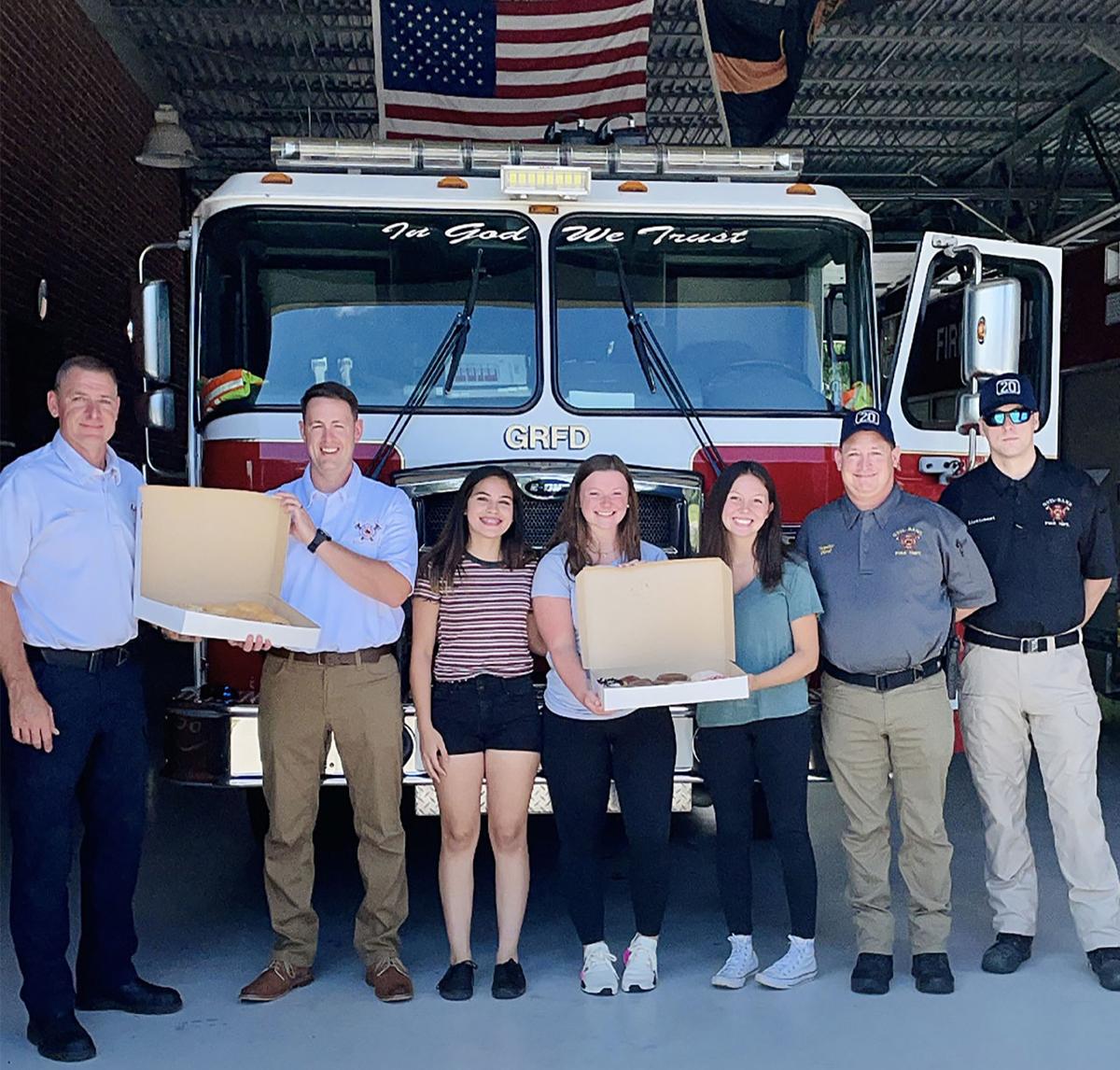 Trinity High School Junior Civitans are pictured with members of the Guil-Rand Fire Department, to whom they delivered donuts as a way of thanking them for agreeing to fill up the principal dunk tank and being present for the club’s festival.

Trinity High School Junior Civitans are pictured with members of the Guil-Rand Fire Department, to whom they delivered donuts as a way of thanking them for agreeing to fill up the principal dunk tank and being present for the club’s festival.

TRINITY — The arrival of a new festival at Trinity High School marks the beginning of a yearly community series hosted by one of the school’s service clubs.

Trinity High School Junior Civitans will be raising funds next month for the club at its first annual block party to be held from 4 to 7 p.m. Aug. 14 at the school. The event will feature food trucks, live entertainment and games, as well as a number of activities that will involve administration, including a “Principal Dunk Tank” and a principal pie-in-the-face booth.

According to Amelia Schrimsher, student advocate at Trinity High School, the gathering is a sign of a return to excitement that defined the pre-pandemic era, as well as a return to the core missions of a club that could not meet in person.

“This past year, outside guests couldn’t come into our school, which I feel has created such a disconnect,” Schrimsher said. “Junior Civitans are all about being rooted in service. … We want to strengthen our community, and what better way to do that than to hold a community block party. We want to create a sense of community and welcome everyone back.”

Trinity boosters will provide food, concessions and will be selling Trinity High School merchandise at the party. Randolph County Board of Education Chairman Gary Cook is scheduled to have his food truck set up at the event.

Guil-Rand Fire Department will have a truck and crew present, and the Randolph County Sheriff’s Office is set to attend. Students from the civitans’ club recently delivered snacks to both entities to thank them for their contributions.

Rounding out the festivities will be a face painting booth, a student/staff volleyball game and live music on the lawn.

The event represents a profound turnaround. Schrimsher said she agreed to assist Kathryn Vaden, CTE business teacher at THS, in spearheading the civitans club during the spring semester. Wanting to revive the club, the two educators decided to hold an interest meeting.

In an effort to bring in more members, they put out flyers and invited new recruits to enjoy free food from Biscuitville and Krispy Kreme. In just a few months, membership grew sevenfold.

“When she approached me in the spring, the club was pretty much non-existent,” Schrimsher said. “I’m sure it was due to [COVID-19] shutting down our schools. The club [had] only three students who had been members during the 2019-2020 school year and only $90 in the fund.