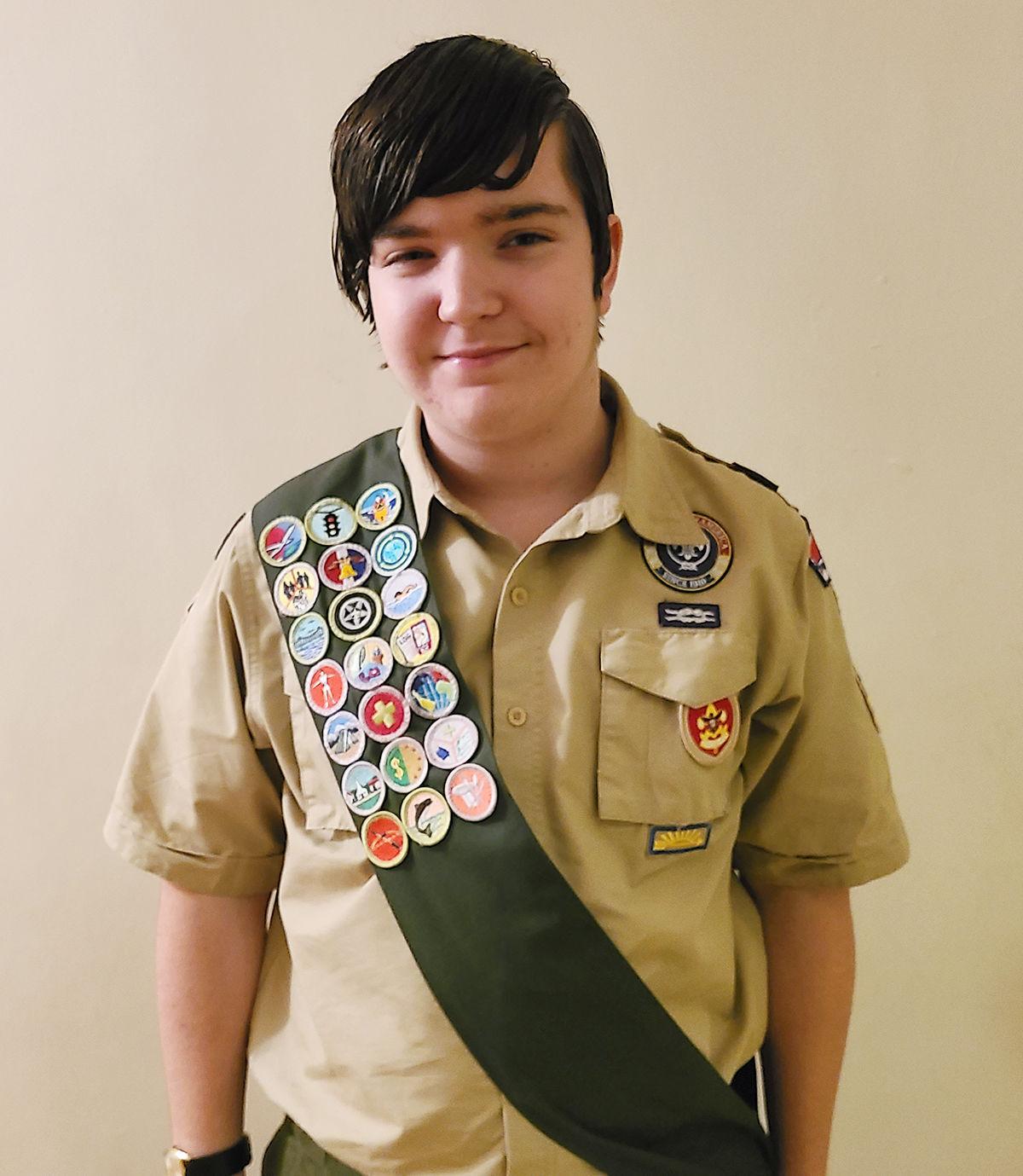 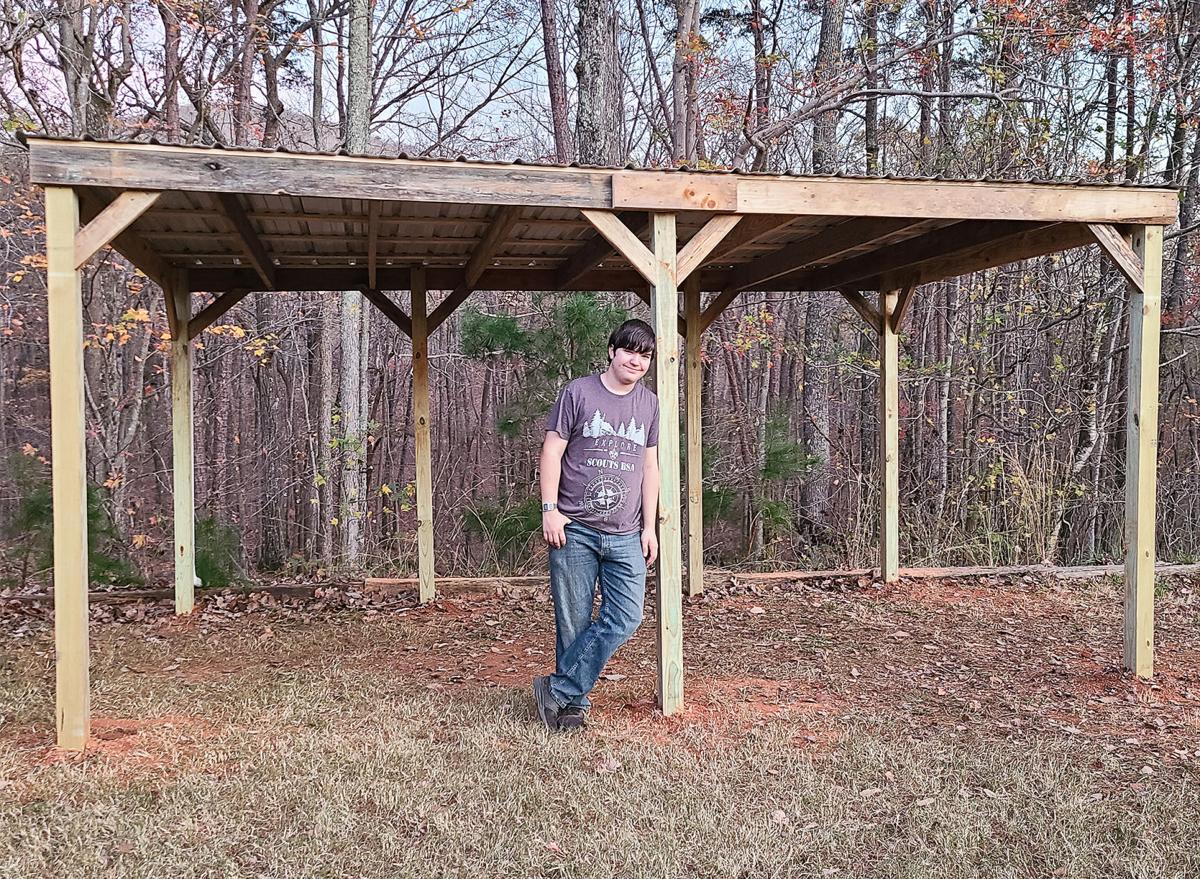 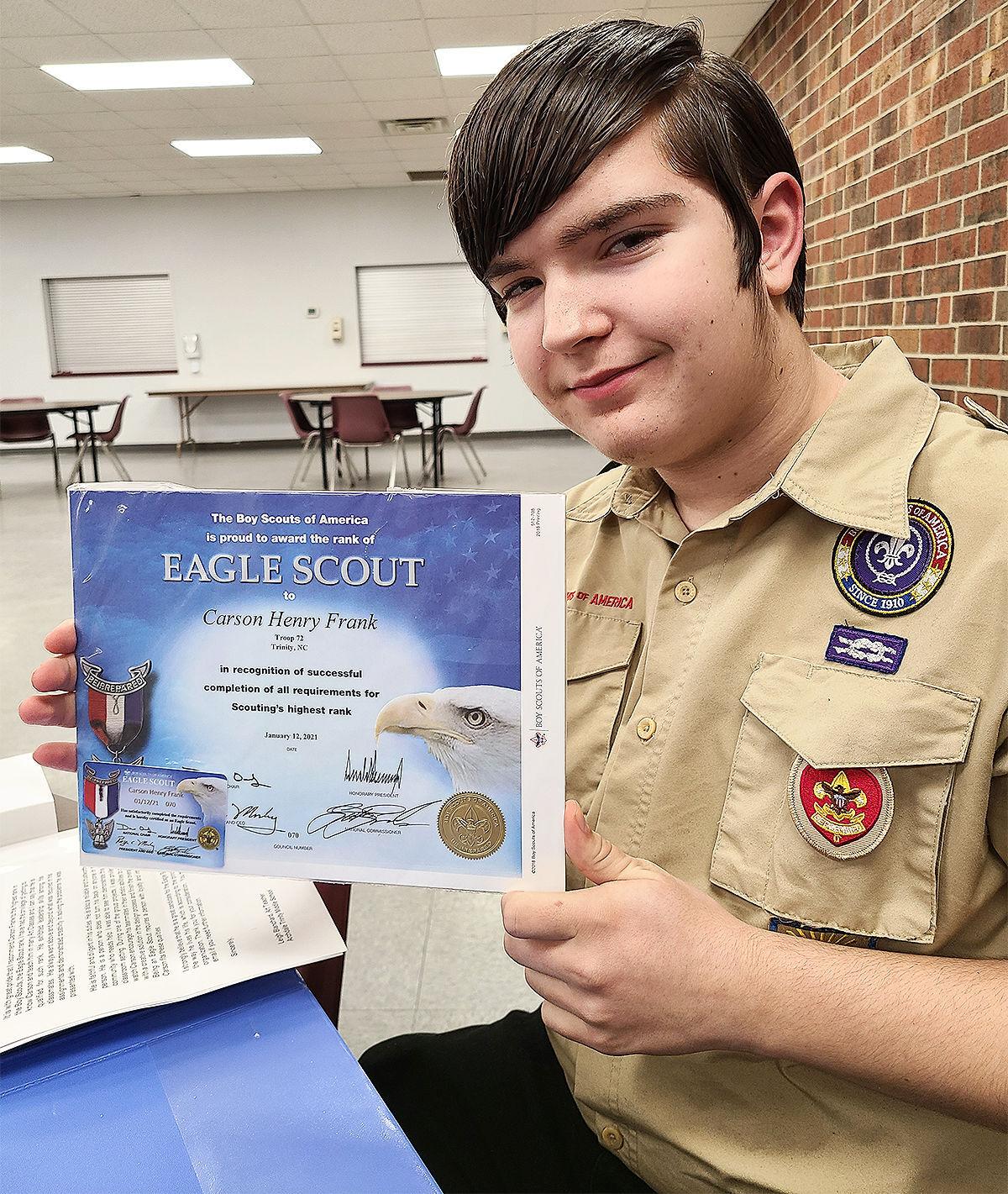 Carson H. Frank, a freshman at Wheatmore High School, has been awarded the rank of Eagle Scout, the highest rank achievable in the Boy Scouts of America (BSA) program.

Since its inception in 1911, only 4% of Scouts have earned this rank. Requirements include earning at least 21 merit badges, demonstrating Scout spirit, following and upholding the principles listed in the Scout Oath and Scout Law, as well as demonstrating service and leadership.

Carson has been an active Scout since enrolling as a Cub Scout in first grade. He earned the ranks necessary to crossover to Boy Scouts and has been an active member of Troop 72 in Trinity. His Eagle Scout project was completed on Nov. 21, 2020. He designed, planned and led the construction of a shelter for Mount Shepherd Retreat Center in Asheboro. This will provide a place for visitors to have shade, as well as assist staff by creating a place to store activity equipment. Overall, Carson has gained knowledge about many topics throughout his years of Scouting, including leadership skills, which are assets for his entire life.