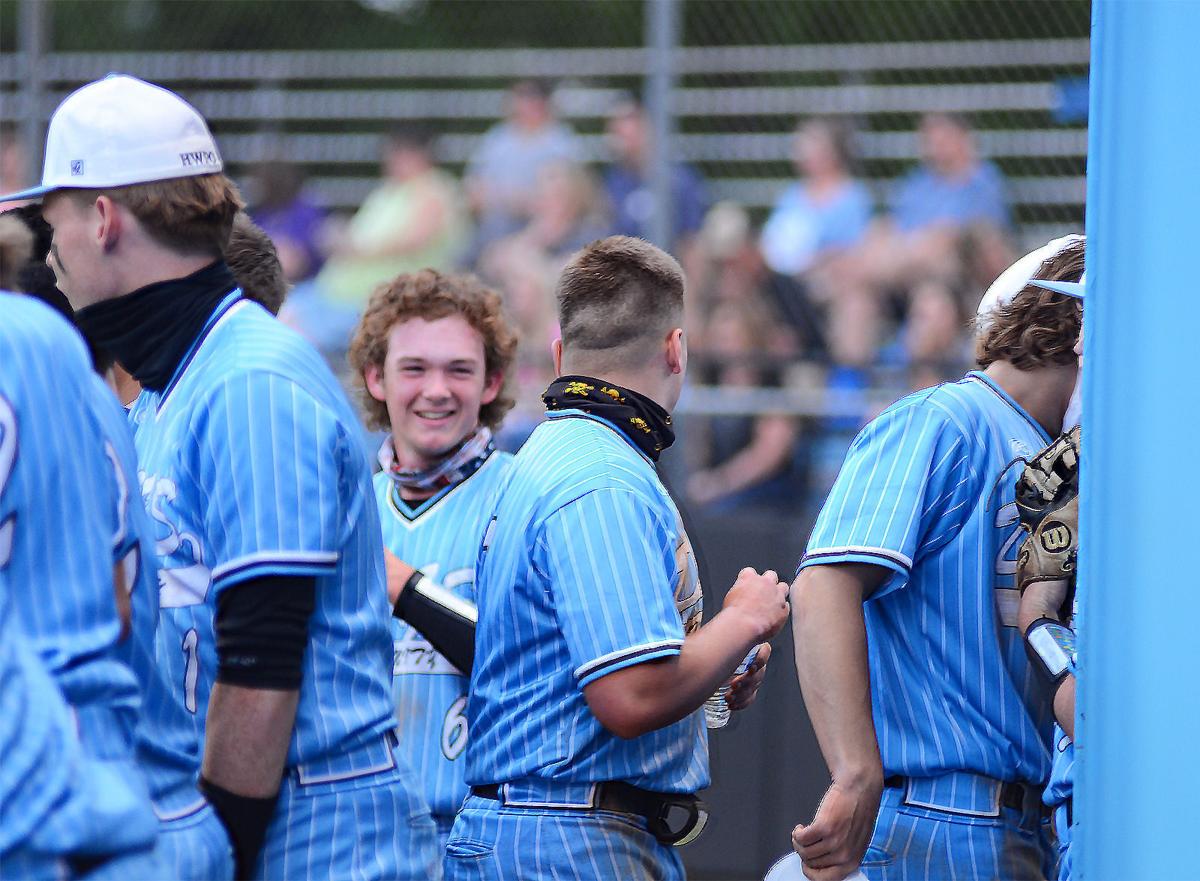 Trinity’s Aaron Fauber (6) and Andon Simmons enjoy a light-hearted exchange in the Bulldog dugout during the contest with East Davidson. 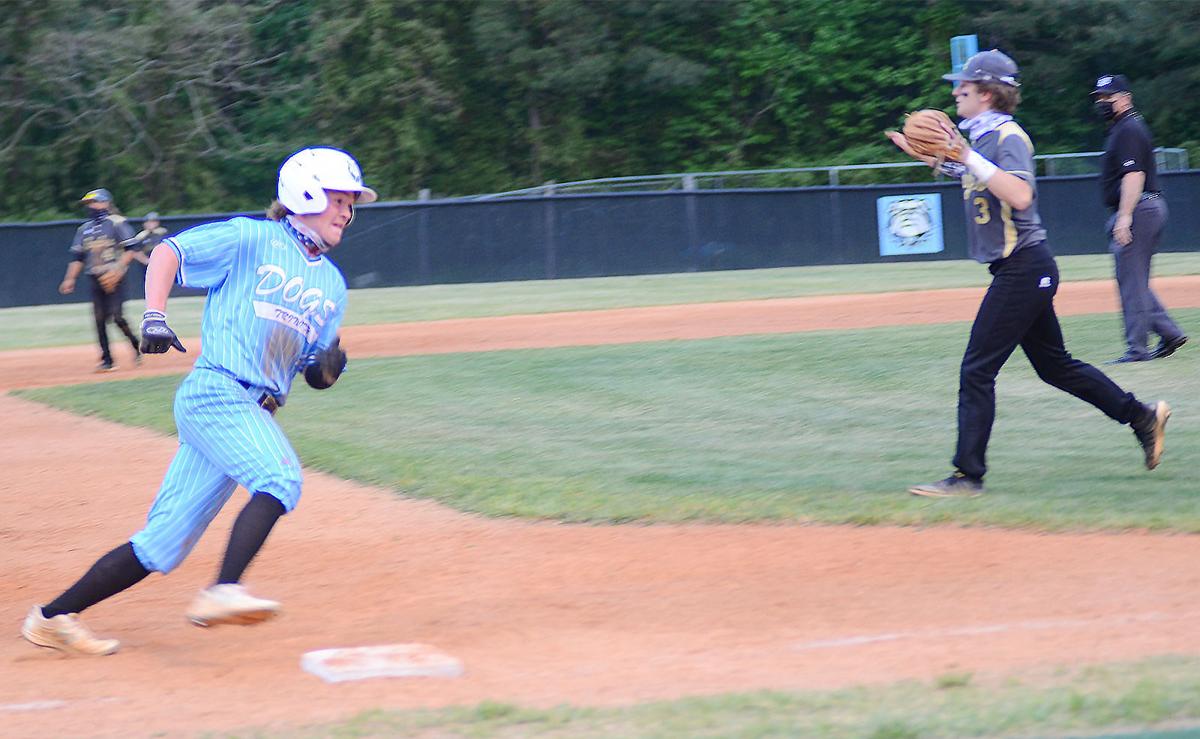 Trinity’s Aaron Fauber rounds third base and heads for home to score one of the Bulldogs’ 12 runs in last week’s game against East Davidson. 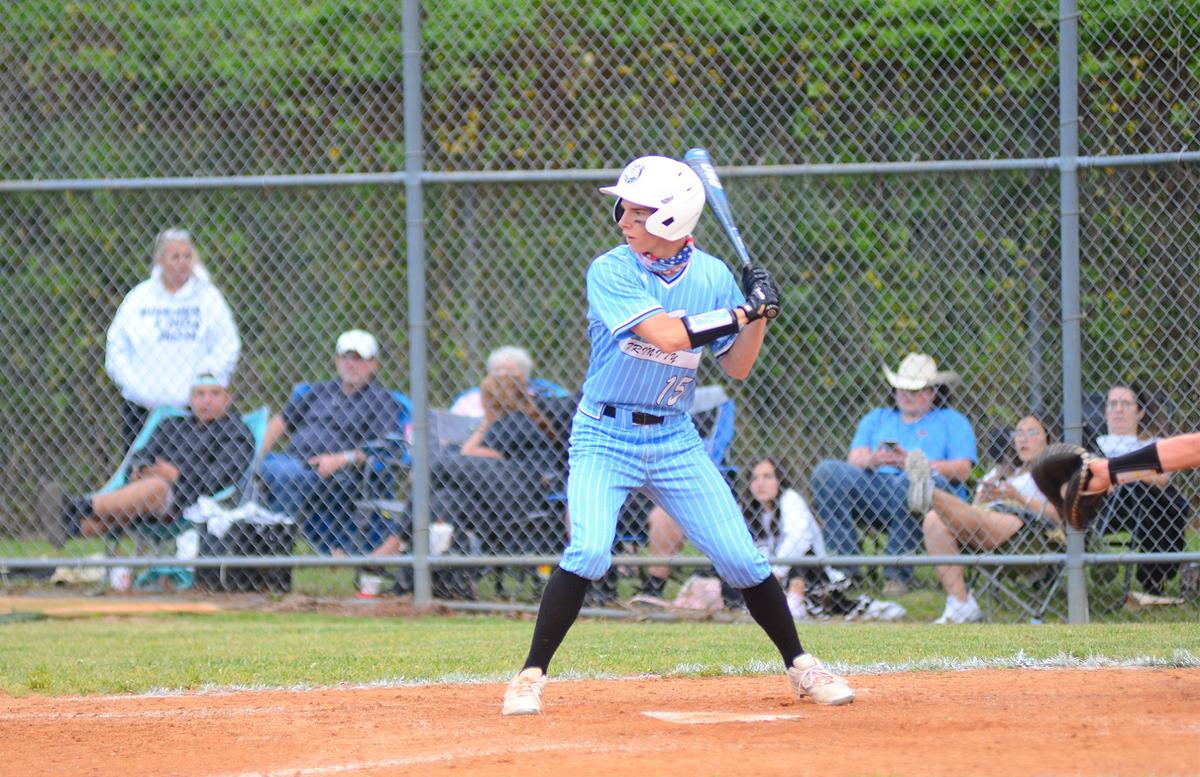 Trinity’s Aaron Fauber (6) and Andon Simmons enjoy a light-hearted exchange in the Bulldog dugout during the contest with East Davidson.

Trinity’s Aaron Fauber rounds third base and heads for home to score one of the Bulldogs’ 12 runs in last week’s game against East Davidson.

TRINITY — An offensive explosion last week propelled Trinity to a 12-8 victory over East Davidson in a nonconference matchup between the two area schools.

The Golden Eagles (1-1) appeared to be feeling the effects of a 13-inning win over West Davidson fewer than 48 hours before first pitch at Trinity, compounding a sluggish start in which they allowed six first-inning runs. After crossing the plate for six in the opening frame, the Bulldogs (1-1) continued the barrage with another run in the second, three in the third and two in the fifth.

Having built a 12-3 lead, Trinity was able to withstand a late rally and put the finishing touches on its first win of the season.

“I think that the guys are bought into what we want to do at the plate,” Trinity coach Ryan Spencer said. “They were just competitive. We didn’t have many wasted outs, and most of our at-bats, even in times when we got out, were moving guys over and doing a job.”

Spencer placed the credit solely with his players. Praising their two-strike approach, he applauded the efforts of his entire team. Specifically, he referenced performances by starting pitcher Siler Parrish — who hit a 3-run home run in the third inning — and Landon Carter, who hammered an RBI triple in the first and later tallied a run that came across on a wild pitch.

A bounceback night at the plate, the Bulldogs’ outburst was a welcome sight for their coach after a 13-3 loss to Southern Guilford on opening night.

“We struggled against Southern swinging the bats, especially with two strikes,” Spencer said. “We had a good practice (last Wednesday), particularly on our two-strike approach. We were more in attack mode. The ball was finding the barrel and we had a fun night. Ran the bases well, too. Hit it well and found the gaps a lot.”

After building a 12-3 advantage, Trinity saw the Eagles put together four runs in the sixth, due in part to a balk and error by the Bulldogs. Another run by East in the seventh brought the final score to a more respectable outcome for the visitors, which pleased Patton, who said he thought the first part of the outing was not reflective of his team’s hustle and determination.

“They came out smoking,” East coach Dan Patton said. “That’s the best I’ve seen them hit in all of my seven years as head coach at East and even years before that when I was the varsity assistant. It’s something that Ryan’s doing. It wasn’t like we were kicking it around early. They were just smacking it everywhere.”